The Secret of Striving for Perfection- 8th January 1993 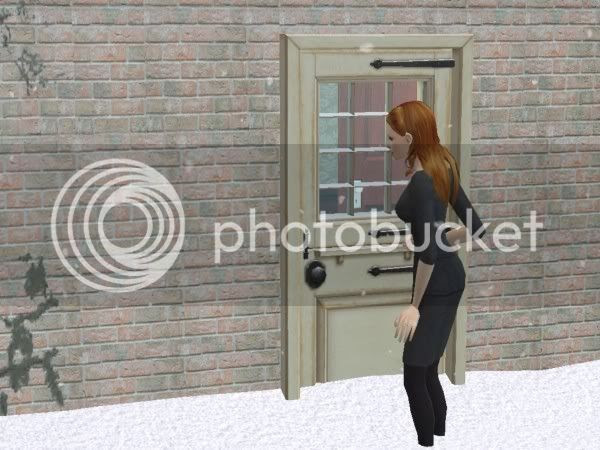 HEAPED up, like snow against a door, like muscle contracting a fissure, like the shell of a pod deliberating season - with such intense conflict, we are 'up against' the simplest of notions to be made evident once again to our soul.

Why is this so? To learn and perfect the tune, the sequence of harmonies, and then as individuals, interpret and express as no other.

If absolute perfection, uniform perfection, was the ultimate manifestation of dream-Man, then it could and should have been arrived at - even before the dawn of time, literally. If such perfection was all that was called for, being of primary importance, then to reiterate, it could have been achieved.

That men do err and 'take time out' to gather in experience from such, affords us speculation which says that the overall goal, first and foremost, is not perfection - self-made or otherwise - but rather love and love for perfection. Furthermore, whether or not we ourselves can be considered as perfect, we can begin to appreciate and love such perfection as is outside of ourselves. This is a form of development which provides an attraction, an attraction of fixed intention, drawing unto ourselves the desirable (in this case, perfection).

For in the case of the spirit of Man, all things work their way from the inside out, spawn to reality. Inwardly, his measure of considerable perfection is to be realized by the love of such. It is not enough to be made perfect, appear perfect or even to simply train one's will alone. Nor that another being be called upon to effect exaltation, for perfection may not be imposed or even assumed, as reasonably as we are Men.

The welcoming of sin is another matter. Does a man find that the flavor is enhanced because it is a sin? If so, this is a bum steer of a directional intent. There are several considerations of law and denial of such.

The question of there being Sin in the definite sense, is often dismissed by those who really can tell 'which side is up'. Usually a little conversation will reveal that those who protest the meaning of the word sense its stern implications and they know right from wrong. That there really is a rightful right and its deceptive twin.
Yet whilst the abstract may be agreed upon, we may find that one's personal comprehension is made the more difficult because of the community of men and their ways - their provocations of which, we are nestled in. Those of whom we live with, work with, share town with, and so forth - these other men address social sin, perpetuating certain behaviors in this regard, in like manner to their immediate fellows. This may contrast one's personal innate experience of perfection and sin. In fact, better to say explicitly that in great measure, no doubt will! One only has to travel a few countries to witness the differing social customs and their systems and determine that the 'inner man' could not be comfortable with all of the conduct. In other words, there is acceptable sin and punishable sin - laws applied and laws unspoken - which largely determine a man from his community. There can be enormous difficulty for a man who would question the constraints of such. Even if he does so from the heart and in all good sense, in the most 'civilized' of communities, he shall find extraordinary conflict and pressure to conform.

It will be noted that we have discussed the fact that wherever there is a bonding of men there is as it were, an adhering being who in like nature is drawn to these men. The provisions for social sin and perfection are endorsed by such beings and are like barbed wire around a cloud - remarkably ineffectual but very apparent.

For although the men shall sense their being and even push others to conform to those accepted persuasions, inwardly there is little or no attraction; particularly if there is no self-evident goodness resulting.

Men become too used to living complacently. They settle for an empty promise and hope for nothing more than a 'comfortable' life. Rarely will they be comfortable, particularly if it is comfort they seek. Often one can find that the man who cries out for perfection is really consorting with the wish to be comfortable also. That he believes he cannot 'rest' within himself until he is godlike, and sits upon an appointed throne deliberating his personal glowing goodness. Alas! This is self-centered. It may or may not be admirable, but nonetheless is self-fixed and is restricted as regards the true appreciation of what perfection stands for: That we should strive for it despite of self, despite of self-comfort or glory, for the sake of perfection alone. How often a good point is missed!

Our views concerning Karma, concerning sin and subsequent result, our conscience and our opinionated society, are all assessed with a view to come close to acting from our hearts and not our restrictions. Sin itself has not the element of love: an act of sin does not know the permeation of love. It is true that by our actions, strife will sometimes follow, even despite of deep meaning, well meaning, good intentions. We can afford courage to learn by this. However, if it is true clarity upon the matter we seek, then we come to the inner knowledge that it is upon our own discernment that we rest with our actions. No amount of karma in place can actually effect your personal discernment, refine your own ability to make such conclusions to prompt you to act or restrain. But this practice is so much more enhanced, if we may 'step out from ourselves' sufficiently to review our actions, daily or once in a while.

To what would we strive for perfection for? This is no trite question. Innately we know that 'perfection' is up there with Goodness, with Greatness, with Beauty, with God. Working through us is the current of desire for betterment. The conclusion is that betterment leads to perfection. Maybe not total perfection, but a measure of perfection, a degree. Possibly we may arrive a lot closer to perfection, through the love of such, whilst on the road to betterment.

If we could inspire this in the lowliest of criminals, in the most dejected and ugly of spirit, in he who is incomplete and disfigured - the knowledge that the perfection need not be manifest for the heart may mirror what is to us unachievable - such souls would expire their sin and step into glory.

Quite often it is those who have the deepest contrasts, who by divine promptings are awakened to these great realities. No longer do they look to themselves, their ego is torn and in need of supplication, their mind is not fixed on themselves, they have tasted evil and do not like it. Such individuals revere all perfection without the need to become the example, and yet by such love, become what they have come to know.

If we look deeply at a painting and are lost in admiration we need not have been the artist to appreciate its message or profundity. Yet by this intimate acknowledgment we become as the artist, we truly take his place, out of time.

This is the secret of the striving for perfection.

From the Contents of Esoteric Classes

After Parzival stood before Titurel and had the experiences of which we spoke, an intimate and deep feeling of shame arose in him. This feeling of shame permeated him completely. He had gone through catharsis and had thought that he was now so good and pure that he could become one of the followers of the Master of all masters, the Christ. In this feeling of shame he was reminded of Christ's words: “Why do you call me good? No one is good but God.” He now knew how very imperfect he was still and how much he still had to take into his striving for the good, how much he was still lacking in order to be good.

And a second feeling, a feeling of fear, overcame him. He thought that he had gotten rid of that a long time ago. But it was a different kind of fear from the ones he'd known previously. It was a feeling of his own smallness and weakness as a man compared with the sublime Godly being when he let a second word of Christ live in his soul: “Become perfect even as your Father in heaven is perfect.” These two words should live in the soul of every esoteric.

An esoteric should kindle full devotion for divine beings in his soul. Thereby the consciousness develops that what one does isn't so good, but that one should always try to become more perfect. We should look at what's developing in one's soul. God lives in developing things. If we get to the point where we're acting in a good and noble way, then it's God in us who's good. The God who lets us act in a good and noble way is our archetype itself, that created us. We must become a complete copy of this archetype.

Be it ever so hidden, there's a selfish motive in everything we do. We must realize that we can't be selfless. It's a world karma that lets us act egoistically. But world karma is God. Everything that God is and does in the way of good is better than we could do it. An esoteric should tell himself: Let me do something that I have made it my duty to do, let me do it as hard as I can and in such a way that I tell myself that the divine element that's at work in me is doing this and I'm only the instrument of this godly element — then the higher self in its striving towards perfection is revealed to him. 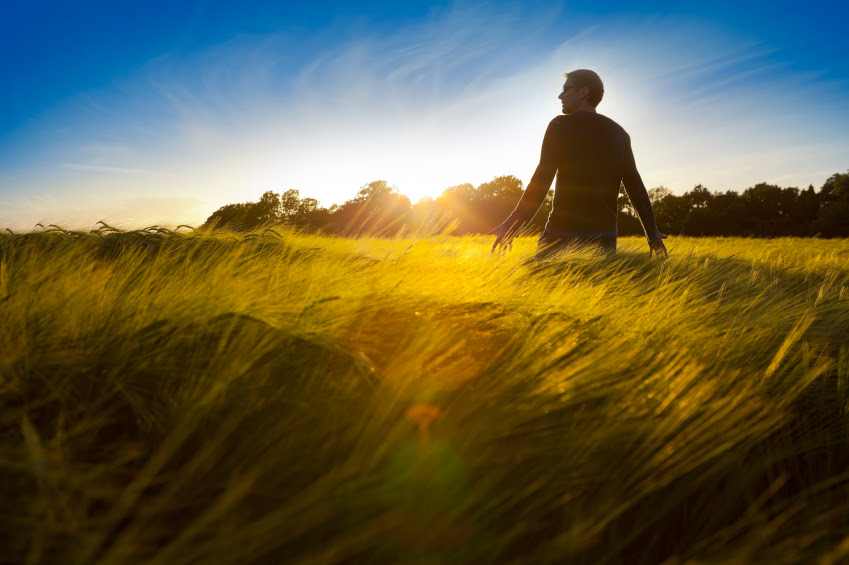