Perturbation of an Illness- 16th January 1993

THERE are ills from without and those from within; and it may be noted also, those which begin within and determine their way into exterior expression. 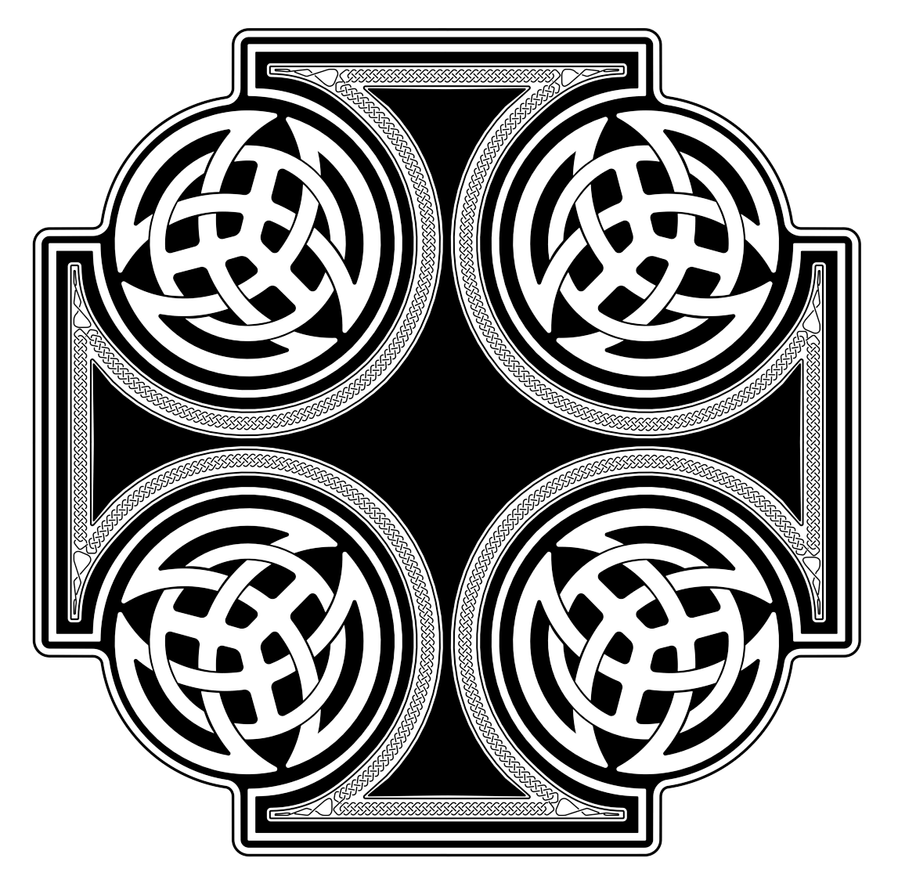 Ill-health, or rather the breakdown of the constitution, occurs with overwhelming rapidity to those who have not the sequence of 'foci-knots': cross-reference points as it were - in which the flow of various vitalities and obliging forces stream in and connect within the constitution. For 'flow' is not enough, without intersecting and containment by connection. Radiating impulses are everywhere and need be challenged by those points within the subtle body exchange. It may sound a little like a telephone exchange system; and rightly would appear as such also. This is not so remarkable, as all functional ideas literally come from a basis in pre-existing manifestation. So we are struck with the impression of our 'starry-grid man' in whom there are intersecting points of various vitalities, some of which are characterized; some of which are as homogenized (speaking generally). As we have expressed before, it is in the equation of two that we find impacting realities. It is precisely the relationship, the value that one thing becomes in the light of another, that by the other's impact holds certain and particular virtue/value.

Here is one of the more perturbing and invigorating insights into the significance of the cross: in that the heart of the intersecting points becomes as so combined that manifestation of the whole is achievable, and quite distinct from the poles as known when separated. Together, they are living and dynamic and expressive of life by such conjunction; separated, they are but strands of life, apt but inactive. 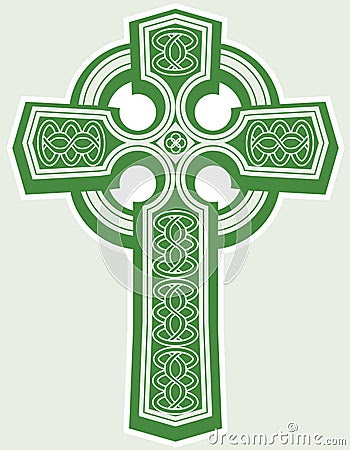 This is entirely so within the subtle, starry constitution. This law works through to physical manifestation itself, and is compliant to structures/formation of etheric force, and dominated by soul character, inherent ego and divine will. The will is divine in the case of incarnating, as it is not primary to he who 'gathers around him', but is 'borrowed' from He to whom we, the original idea, sprang out of.

It would not be enough that our own driving will be employed in the 'gathering' of physical mass, especially when one considers the multitude of underdeveloped beings to whom evolution is naive to. We need 'borrow' the strength of a greater drive to propel ourselves into manifestation. Having said that, we do contain certain powers of withdrawal from such: the relationship to physical life. In other words, the divine will may assist our being in obtaining a place in the world - or other worlds for that matter - but plays no part in keeping us there. One can choose to dissolve the partnership as soon as the process begins, if need be.

Conjunction is life: + The sphere being the containment of - in this case, physical life: + .[Circle should enclose cross]
Whilst it is essential for the living to hold to the view that living is essential, it is not the perspective supported by the soul at all times. Radical dismissal from those bonds which verily connect us to physical life is not a point of grief or upset within itself. So one must realize that life is very precious, whilst death also. It is the soul which determines which is the stronger desire; unless of course, there are extraordinary circumstances of murder or self-murder.

We do take on and adopt substance anew. It is a misnomer to believe that death is constant unveiling and unraveling, without assuming a new fabric of persona. For it is natural to our abilities to draw around ourselves the relevant substance to which we may come to (the physical substance being but one).

Furthermore, many regard the 'descent' into gross matter as a compromise to the spirit within, but as a challenge it surely is not a degradation; and as substance itself, it is holy and unique. That we are involved with the evolution of physical matter, is being privileged witness to great transformation- there being much 'magic' abounding. It has proven flexible and plastic, and more considerate than other combinations of manifestive substantiation. Therefore we regard our physical bodies as wondrous accomplishments, not to be despised or neglected.

For the record, one can never forget that there is major purpose to our physical incarnation. It appears that all too little is emphasized along these lines by spiritual teachers today. It is the duty of Spiritual Science to reveal the purpose of living this life, even if it is by the necessary instruction of what may follow after, or come to us through realms invisible and unrecognized. We do not parley with total intangibles or tempt the student to desire death. This life, this minute, must be grasped and accounted for, that the path to a true spiritual acknowledgment be laid down ahead of time.

We 'meet' with life daily. This requires great concentration and effort on behalf of our being. For in resisting death, we resist life also. And we are challenged by impeding forces with constant repetition, in waves of differing magnitude, depending. Depending on what? Depending upon climatic conditions: local and cosmic, depending upon ecological factors, domestic predeterminations: depending upon humidity, depending upon extraneous hindrances, and depending upon onslaughts of poisonous contaminants affecting metabolic consideration. These factors will prove relevant concerning tides of influence.

Just as we hold within that one half of knowledge which, as a magnet, is necessary to the interpretation of the experience of knowledge, so too we hold that one half which is the key to attracting physical substance.

When we suggest that a man suffers poor health devastating to his wellbeing, we must question as to where his problems lie in relation to his 'connections' with life. We look to his conjunctions and find that not all is as it should be. (By the way, if one wants to picture the points of such conjunctions lit within a man, refer to the stars of the Zodiac!: the celestial Body.) His illuminating points of activity and conductivity are failing - not all, by any means, or the man would be dead- but a sufficient amount to be the malady of afflictions.

No virus is 'conjured' by man by means of physical conjoining. Many lively happenings occur in glass tubes, but are not essentially born there to begin with. The causal bodies of those beings of disease are not man-made; however, they occur because of their relationship to men, the invitation by men. For disease could not enter into man without signatory (key-signatory) consent. That there is a relationship between virus and man proves that there has been an unnatural relationship between the body of a man (not the man who later contracts the foe) and the demon/virus who impedes his wellbeing. The demon has established entrance into the constitution by certain deception. How well he remains, is dependent upon how similar he and the man may be. 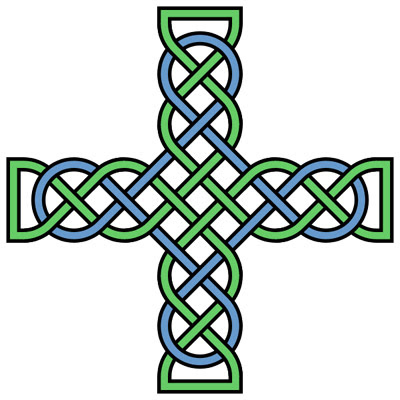 In the case of strong health there is but a short route that he may follow before subjugation; for he cannot attach himself indefinitely. The fiery ethers are summoned - 'Checkpoint Charlie' thwarts him at every crossing; he is expired.

In the instance of continuing poor health (in relation to viral infiltration) there are one of two considerations: Firstly there may be an overall inability to summon a charge of those fiery ethers as is required to 'turn over' the alien freeze. Secondly, as with the host of related nasties prevalent today - the AIDS group - there is a relationship between Man and virus which is extraordinarily developed. The virus has not only signatory permission to enter, but a signatory correspondence with particular characteristics also; this making distinction and separation very difficult. For a man cannot slough off something which is indiscernible - even though this virus promotes the constitution to 'go all out' to do so. It continues to try at the expense of its physical wellbeing. The body is 'out of time' and no longer capable of untiring discharge. For the very ethers summoned not only afflict the body of a virus, but the body of the man- if unrelenting.

The demon may go to and hide in those parts which will have him. In the case of the related AIDS family we find that the virus has an uncanny ability to withdraw onto a subtle level and conceal himself there. Much of the damage is done far before the manifestation of physical ill-health.

The blood of Man is not only the vehicle for the driving will, but that of the Divine Will as afore stated. There can be no question as to the evil of such a virus which assumes a 'likeness' to that which we receive the Divine Will into ourselves with. Death results too early. The hold on life too thinly supported. It is not enough that we will to be and be attracted to earthly matter, but that we continue to receive those impulses of Divine Will, such as live within the blood, in order for us to gather to us earthly substance.

It is not a simple matter therefore, to prescribe a herb, a powder, a decoction; for this particular demon is not only bound to animal/man but is attached also to his very drive for incarnating. Expelling one can expire the other, as often does.

The battle with this and other such demons is not actually to be won within the constitution of one man. It is firstly to be won on higher ground, removed from physical interaction. This does and will happen, and then a physical remedy shall appear concurrently.


One might ask: but why not the physical remedy first - what need for combat elsewhere? And who is to fight? The physical remedy is as a prize for winning the duel, and is so named by he: the victor. It may be decided to be pumpkin, it may be a derivative of the color puce, it may be a trombone playing G. It will be a remedy pertinent to the nature of the vanquished character of the secretive demon.

Often such beings come before or as a result of a great war, having lived in spent blood. (There is only so much one is advised to enter into here.)

However, it can be said that the battles of one man, affect all men. And all challenges are referred to be met and played out on behalf of all men - out of time. It is a little like a group-plan. If this were not so, there would be too many seeds of destruction and not enough measures to inhibit them. Death would predominate.

Sadly, there is a lapse of time, in which many individuals do suffer before the spiritual tonic can be given. This has a been the case over and over, and also a main factor in the process of readaptation, where whole species are found to alter in order to compromise some extraneous factor. Such adaptations are necessary and occur continuously.

One has to wonder how many will suffer the effects of dried soup before we may counter the Pneu of such. . . and readapt Man that he may tolerate it!
Posted by Bruce at Sunday, February 21, 2010