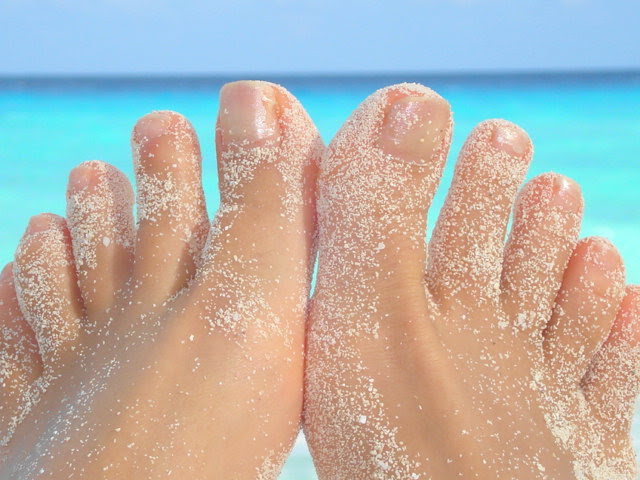 AND what has the tide washed in today?


We are all beachcombers, waiting upon the thunderous seas to roll in our pickings. Shells and bones and tangled string, plastic string and shells, more shells and bits of shell. . . smooth pebbles and softened glass and foot imprints, and limp seaweed and other objects of fascination. The seaside is a wonderful place!

The tides are decisive, they move in around the rocks and seep into the porous sands. The water glistens as we try to count the peaks of wave and dare to wet our toes.


When men become contrasted by the sea - in close proximity - their subtle body expands; just as in opposite measure the city dweller shrinks into a compact, closed, tight, deflective stance. His corporeal body is impinged upon, and as an anemone, closes up that he may withdraw sufficiently to resist the extraneous impacts.


At the seaside however, one can see in the behavior of a man, how quickly he discards his shoes, the clothes unfurl, the stresses and strains of his tensions discard; and he is prepared for etheric renewal, as his eyes fix the horizon with slackened foci, as his shoulders drop and rise and exuberance returns. To some the effect of this is so complete that they drop to the sand and lie there in a stupor for many hours. For those who may retain their consciousness, they shall go reading or walking, remaining quite upright. The very 'tightened' man may be so overcome that he surrenders to 'sunbathing' all at once, whereas he who is not so extremely unpracticed in this distinction cannot tolerate compromising with sun-forces in this manner.


It is wise to take water to the seaside and sip awhile- those who are prone to becoming dazed and incoherent should take a companion to help keep them coherent. Often as not, a good cold wind is enough to startle them into activity. 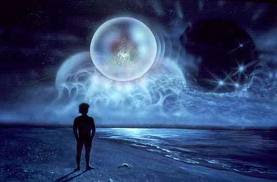 What of meditation in different aspects, alongside the sea? So many have sought inspiration in this manner; it is not surprising. For when we go to the water and wish to work in this way - that is we consciously acknowledge that our being has in fact altered in response to the magnetism of this great body - we discover two important conditions:-


Firstly our perception of colors, surrounding colors, does alter. At first one could well believe that the flapping flags are brighter or that the vivid greens of the distant cliff-growth are moreso than afore realized; even on gloomy days the immediate colors are more than appealing, they are quite beautiful. This tells us something of our ability to interpret color which is enhanced.


Secondly, we may become 'tuned' so as to actually be aware of smaller, finer details; and we are effectively 'slower', that we are enabled to appreciate this. For example: a man may be content to observe the sand fall from his fingers repeatedly; and his appreciative observation pleases his being right down to his toes! What would be an unconscious act of nervousness in the city or away from the seaside, becomes an overall experience to the man who is now 'opened' to a slower, more thorough, interpretation.


When these conditions become applied to prayer and meditation the 'expanded' man becomes consciously closer to that condition he experiences in 'twilight' sleep (sleep just before dozing or waking). This is why the faculties of spiritual perception are enhanced to those who are within a certain distance from the sea. This too can bring us to an insight into the many racial characteristics of those of the desert compared to those of the fishermen. So too, we can observe the marked differences in the men of the navy and the tales they would tell!


To swim or be alongside a swimming pool is simply beyond comparison. It is true to say that the water of a swimming pool shall absorb much light and become etherically permeated twice daily, however the properties of magnetic currency in connection with our own subtle responses are not sufficient to effect such exchange as described above.

Yes it is true, that the mystery plays which were conducted in open theaters along the coast, were experienced and appreciated with much higher levels, than the men attending would have been brought to otherwise. What a marvelous venue to give lectures or hold meetings; providing of course, that the substance of such, was worthy of enlightened consideration.


The beings that invisibly inhabit the sea, promote exclusion of men and rarely welcome them in. However there are exceptions, great exceptions of those, who by Venusian attribute would help a drowning man, or steer or stabilize the wayward boat. For the main part however, the sea is foreign territory, which by its nature shall never be fully explored by men, but shall retain its secrets in depth and distance. For upon the Globe there is contained two worlds in one: that of the upper portion: dry land, and that of the sea, which is primarily inhospitable to Man.


The watery mass is of course essential to many ecologies, it also contains largely remnants of the 'old world' which are manifest in lower life, and examples of 'form' expressed and tried, but not quite proven. There are floating, living 'organs', not dissimilar to dismembered bodies, where the individual parts swim and sustain themselves, distant to fellow parts. There are plants that would become crustaceans and crustaceans which are characteristically more as plants. There is an environ of harbored aggression; there are also the weak, the meek and the cute!


Do the fish perceive the water as we would, visually? The sea creatures exhibit various degrees of consciousness (not self-consciousness) within the physical world, and for the main part do not require sunshine to see the sunshine, which is already component to the very water they swim in. They are more etherically aware, so to speak, than physically entailed. It is as we are in reverse. We too dwell concurrently, but major our perception in the physical world. However, their advance into developing physical bodies is not so complete, and they 'dream on' into existence.


There are men who crave the watery experience - in boats, in diving and so forth - and these men are sympathetic to those changes of expansion and feel the need for such personal correction. Furthermore, we can find that simply by being alongside the sea, certain personal troubles - be they afflictions of body or spirit - are completely eased and afforded rectification.


For by such expansion we are 'opened' to renewal and also permeated with etheric light, revitalizing the body/bodies throughout. This in any measure feels good. The heinous discharge is carried away - usually through feet to water - and the man is afforded 'soul-time' where he may slow his pulse, and strengthen his heart.


So by all means twiddle toes in the sand; and know that as far as your eyes can view out to the horizon of the sea, so far your subtle body goes too. . . free to stretch out and bathe under those distant clouds.