The Parting of the Waters Gently

When we appeal to Nature we are caused to be gentle. There is nothing in nature we can actually force or turn. Gentleness is an asking of a kind, for a consent within the interaction. Our imaginative processes are indeed gentle also. Meditation and contemplation, imaging and prayerfulness, these attitudes of being require gentleness before entering into their gifts and properties on offer to
us. 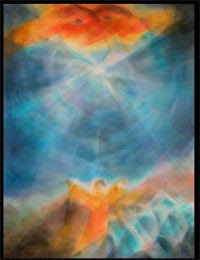 By this we can now know what it feels like in the experience of parting even the great waters before us. You can go to the gentle aspect you know in the quiet of prayer and take this to other tasks equally well. The doors to the mysteries require a gentle applicant, it is not enough to have just a methodical or ritual appearance of gentility (Courtesy, Propriety and Decorum) but that we have an inner disposition of Gentleness, founded on true Love and Knowledge, rather than appearance and practice alone.

Courtesy, Propriety & Decorum with the Gentle

There once was a castle steeped in clouds upon the highest hilltop. Inside of this castle lived Courtesy, Propriety and Decorum. Every day a messenger-bird would alight upon the outermost turret and bring them news from the valleys below. Every day also, the little messenger-bird would take back a letter from the three. Courtesy would write 'Dear' at the beginning, Propriety would compose the content, and Decorum would scent the paper lightly, and then seal it with a modest yet dignified insignia.

One day there came an envelope, when upon opening, out fell a rock dropping onto the ground before them. No words on parched paper this time, just a rock. "What shall we do with it?" they asked themselves.

Courtesy took the rock and threw it at the bird.

Propriety took the bird and wrapped it in a pure white sheet.

Decorum embroidered an emblem for its wrapping.

The small parcel sat on the stone wall for three days.

Courtesy, Propriety and Decorum had gone to the turret each day - largely from habit - wanting very badly to receive yet one more letter to then respond to. But of course nothing came.

Below where the parcel lay was a little recess in the wall, a very small but dark hole. Courtesy noticed something in there. Propriety pushed a thin twig into it and moved the object around. Decorum lifted it out. It was a tiny sky-blue egg.

"What shall we do with it?" they asked themselves.

Courtesy moved toward the egg, wanting to touch this new prize, but it fell from Courtesy and smashed messily in a spill. Propriety cleaned it up. Decorum made a lacquer with the contents, using the paste with thin leaves of gold to now decorate the little parcel still lying on the turret wall.

A day or an age or so later (it was very difficult to tell in that faraway place) a great eagle came to visit. It had been scouting around looking for the little messenger-bird, concerned for its welfare, not having returned some time ago.

The eagle appeared not to notice or comprehend the small white gold-embellished embroidered package, but instead addressed the three with his pressing question.

"I am looking for the little messenger-bird, have you seen him, do you know of his whereabouts?"

The three took this question, and asked themselves, "What do I do with this?"

Courtesy blushed, Propriety stammered and Decorum stood stiffly composed. "Have you brought us any letters?" they asked hopefully.

The Properties of Gentleness

The Ultimate Strength in the Greatest of the Gentle 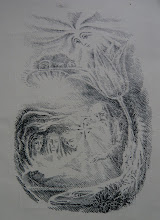 The paradox of Gentle is that it comes from strength and not from weakness. Gentle is not flaccid, just tender. Gentle is deliberate, not hesitant. Gentle corresponds and responds very strongly, in order to be gentle. Gentleness and Strength belong together.
Posted by Bruce at Wednesday, May 04, 2011 No comments:

The Commitment to Living the Gentle Life 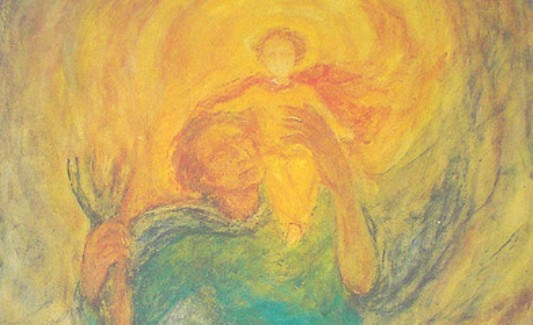 The Commit-meant becomes plausible when the individual fully knows what they are committing to. When identified and consciously embraced, a true commit-meant has a spiritual-super-glue hold to keep whatever it is committed to, in place. This is a very interesting fact within our egoic makeover.

So what this means is, that if a man or woman audibly or internally makes a commitment to something or someone and they do not fully comprehend what it involves in the short and long term, then the commitment will live in possibility but not adhere permanently as it has not the glue of consent and comprehension required. However, if the sphere has been traveled, if the concept is complete and the individual within their soul's love and ego's knowing and within their soul's knowing and their ego's love also, then if deciding to make a commit-meant to retaining this virtue and working for it consciously, say for example, then fixed within them this will be. This is a very progressive law operating within us because without it true development would be somewhat unstable.

Commitments spiritually keep courses and set 'default' buttons in a manner of speaking, for those periods they are especially needed and perhaps distracted from.
Posted by Bruce at Tuesday, May 03, 2011 No comments:

The Inner Disposition of Being Gentle

There is an inner attitude that gentle folk bear, which is constant and apparent. One can say that a man or woman is gentle in a particular instance, and not-so-gentle in another, but in truth there are those who carry about themselves gentility and those who do not.

All great teachers are characterized by this inner persuasion. Occasionally there may be outer circumstances which require noise or force, but even this will be handled adeptly and relatively gently by that same soul. We can look to Christ's own approach towards our own souls and nature. He does not persuade us with force, only by the good reason of common outcome which shows itself. He does not require even love from us if we decide not to give it. He does not punish or compel, He gently abides all decisions that we decide, and yet in truth would have all power over our outcomes at all times. 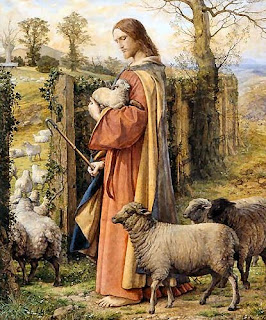 This disposition is cultivated through our observance of He, our most Gentle Master.

The Highest Grace Inspiring the Gentle Grace can come when asked for, Grace can also come when not asked for. Talents are brought into our experience, being and expression because we have labored to entertain them; we have worked somehow and some way to bring them to us. Grace, on the other hand, does not need qualification other than need, and so we find that gentleness has a dual source and action.

There are also so many instances about our own living conditions that require the element and grace of gentleness that we may navigate our ways from moment to moment. If it were not for this intrinsic grace we could not maintain or dwell inside our physical bodies.

There is a gentle compromise on all levels of existence being required at all times. Our very incarnating day to day needs be done gently - all of our adjustments we make need a gentle incline or bearing.

If it were not for the outer circumstances that support us all, being exceedingly gentle, our consciousness would suffer a terrible pushing and pulling from all over. The conditions that support life are gentle - so gentle that most are unnoticeable. This is Grace working on behalf of us, with a higher intelligence that senses what we can and cannot withstand. What is pressure and what is too much pressure? This, the Heavens know.