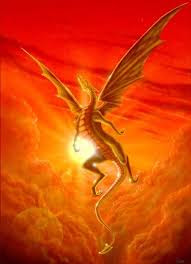 Viscosity and magnetism, and the energy that flows through cleansed particles.

THE dragon energy is comprised of/characterized by, the slender-whip tail and the fiery breath - such is a universe of activity. The elements of fire-particles were ignited and flamed throughout the world from the mouth of this dragon, a veritable furnace of power.

There at the bottom of this universal garden, slumbers the beast who is quick to retort, "Who may approach this hideously bloated, belching, bombardment of flame and fire?"

The knights of old felt swayed to such a purpose. With courageous heart, they knew that the dragon kept guard over the secret of the Holy Chalice. Equipped with only armor and sword, they went forward in their quest. And the Lord saith, "He who follows me, shall walk not in darkness."

The inner light of pure spirit is the divine pledge that all shall hold the chalice safely within their being; the Holy Spirit permeates all creatures alike.


Man! I have given you the sword, the shield and the armor - go forth into the world and cast aside all hindrances to the claim for your rightful name, for it is your legacy, that I bestowed on you since the beginnings of time.

Before the world was shrouded in watery mass, long before the movements did heave and swell, when the particles were gathering, and the armies of souls were trembling in space in gigantic proportions - their silent cries were bursting my heart from within, to be. Upon descent into Creation, my beloved fell ever more into veils. Their calls still resounded, but My face was hidden from them. 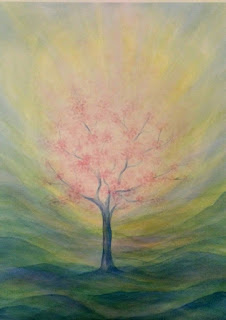 TREES by their nature are a fascinating study. Begin with the root system, whereby each streams out into the path of its fellow, linking up as an earthly frame. Then consider the concentric circles of its trunk, aspiring upwards, connecting with yet another frame, each branch shooting along an ethereal path, an ethereal network above.
The offspring spawned off from that branch will invariably drop, and is shed during its separate life, as it pulls away, dropping downwards from that very frame. Each leaf, fruit and seed, has an individuality, which in separation from the tree itself causes no actual harm by disconnecting from the parent whole.

The organ, the brain, has a similar structure - except to say that its frames and networks have respective roots and branches whereby the networks of thought at the various levels are matted and joined, man with fellow man, and this interconnection spreads over communities into the world, through their respective levels. Thus we may try to reach the realms of higher thought. Nourishment comes via the earthly ground, this in our counterpart, being the sensory world.

Picture men as trees standing firmly in the world. If their branches run out along grids only on lower levels, then it is small wonder that their perception of the world is the same. There are fewer tall trees and even these have their limitations. They do not continue to grow indefinitely and for those that grow too quickly or cannot support their height through their diameter, they eventually topple over! The lower ethereal grids are a much stronger frame, with the invisible extended offshoots each amassing and supporting each other.
Posted by Bruce at Tuesday, March 24, 2009 No comments:

THOUGHTS have bodies: expressions that are carriers and are quite visible to the eye. Existence requires expression in one form or another, on all levels. It cannot be otherwise. Nature reflects and Man is central. Man is central to the Earth because essentially speaking, He is the Earth. 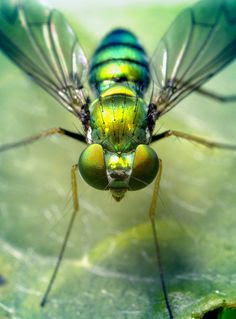 Thoughts live in the insect world. Pick a category, discover the insect. It is a realm that manifests as all do, with the extended arm being in that of an insect. Relative to Man their lifespan is very brief. The analogy of the butterfly is not just pure fancy.


Be attentive to the organizational abilities of certain congregates of specific species. Count the multitude of tiny beings - a life's work in itself! Now address the world of thought. The plagues of the past denoted a significant change in the mass of thinking in any particular area. If one could make a study of the relationship between insect and environment, the subtle effect between the locust, weevil, cotton bug etc., on crops, the labor and community, productivity and assistance of the ant, the varieties of venom, those that carry disease, the manufacturers, those hardy enough to survive radiation, those with wings of glory - with an imprint of heaven as they trip from dew into flight - find the keys here to the kingdom of thought that surrounds us and understand the profound magnitude that encompasses the mind. 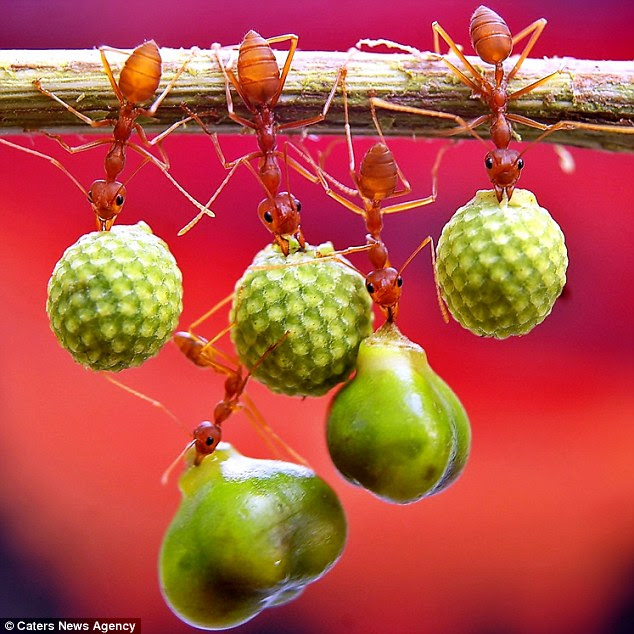