Comments on the book 'JESUS THE MAN'


FOR too long fact has taken second place to allegory. If there is anything of substance to be drawn from any good analogy or allegory, its basis must be that of truth in fact.

The systems of universal law run systematically and never breach those higher laws that brought them into being. When the systems of the earthly world and its inhabitants rely on such higher laws, who is to judge the view from the mountain, the cloud or the ant?

And can one simple man, so called, judge what is yet another "simple man"?

The pursuit is fruitless when the woman in question, pertains to a reasoning that would, or could never in her present state, marvel at the wondrous levels in which even a "simple man" operates - far less understand the workings of a God!

By what divine gift endowed, has she been bestowed self-appointed critic, of the divine drama of the past? Some with such obstinacy would turn the world in opposite direction to prove themselves correct on its true course. She is no more licensed to comment on enigma and iniquity, than a paper-bag hold discourse on the root-system of trees.

One must ask, is it not with the acceptance of children that the magnificent superstructure of heavenly events is to be received and the keys to the kingdom be taken up? We have only just begun to marvel at the unfolding world - life itself is miraculous. 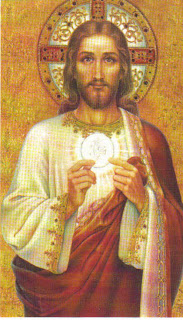 Furthermore it is more outstanding that an individual place themselves as such an authority - about which she knows nothing - that our Lord came to partake in the glory that He created.

Nevertheless, better that discussion and perhaps a little outrage ensue from the synthesis of common, lazy thought now expressed today.
Posted by Bruce at Thursday, August 27, 2009