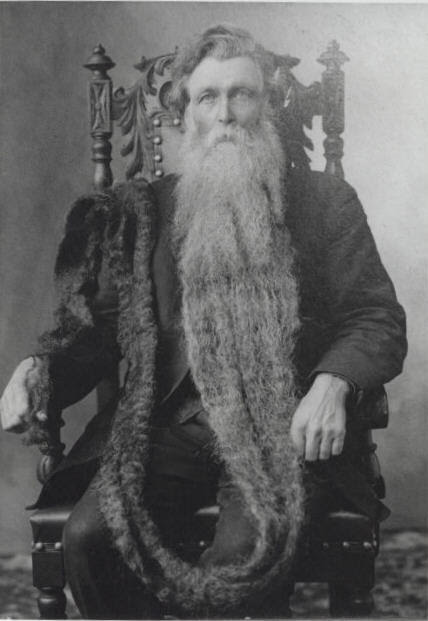 LAWRENCE of Mayberry grew his beard nearly ten feet long and did wrap it around his girdle, tucking in the end of the plait. His fingernails were sharpened to points, his eyebrows were waxed, being dyed beet-green. Startling in appearance was Lawrence; bulky in form but dainty in diet.

Lawrence did frighten most men, whilst the women were held in awe of his glamor. Much gold chinked from neck and ear, his scent did infill the space around him. His teeth, engraved, were set with a tiny flashing ruby. One could not however, warm to one of his smiles.

Seldom did a man impress a people so. His anger would flash fire within that ruby. His teeth would clamp with his fury. The more fearsome he was held to be, the more fearsome he would become. Until that day when the pox-plague struck and all slaves and acquaintances had yet another foe to shudder in the presence of. 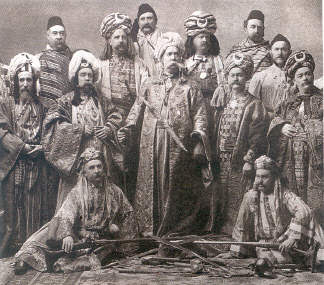 Many physicians and practicing magicians were brought in for consultations. Many a bob and stick were furled. Lawrence did charter international experts, of whom not one could drive the plague from their homes. A few did take it back with them, but only in piece and not in entirety, as Lawrence had wished.

Such plagues did prove unnerving in an otherwise perfect life. Perfect it had been for Lawrence and his cohorts, whose usual calendar swung between petty victories, sweetmeats and associated celebrations. The party mood was driven from the people; and so were the values in which Lawrence prevailed. 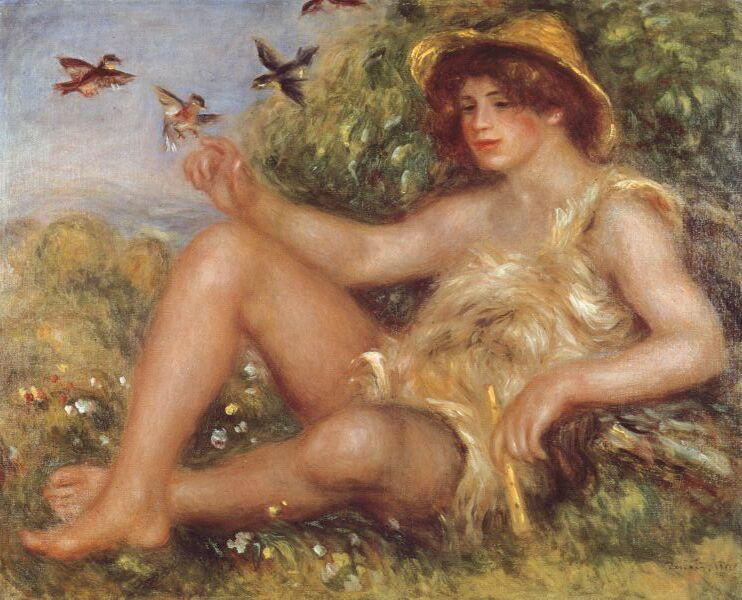 A shepherd in the district had observed his grandmother's remedies in applying a certain sheep-wash to the flesh of the family in such times of pox-plague. He thought that this might perhaps be valuable, and so sought the mansion of Lawrence. The courtiers who were in attendance, were of the kind of men who had womanly bent, and instantly were so attracted and desirous of the shepherd who stood on the threshold seeking parley.

Lawrence himself was not alerted to his visitations; he was at rest, by heavy draught slumber. The doorkeepers eyed the shepherd and bade him entrance. The shepherd detailed his mission and his presumptions so inspired. The men commanded that he might strip off his clothing. That they might see firsthand of his unmarked skin which had been so washed in sheep-dip. Trustingly obedient, the shepherd did as he was asked, and so stood in pearly nakedness as the men gawked and murmured indecencies.

Just then - for Lawrence arose with black temper - the master entered and so seeing said youth central being naked, turned his contempt from the men in question and set it upon the shepherd- taking the boy to be yet another beggar from the town district, who had come by corruption, selling more of the same. Lawrence spake with revulsion, spitting orders for the boy to be cast out from his house, ne'er to defile it; and that the floors, walls and fabrics should be cleansed, not once, but thrice over, as suitable punishment for the unoccupied attendants.

The shepherd, still all naked, was flung into the garden. His garb, which was rightfully his, had been abandoned. The shepherd returned home very quickly.

Amongst the shepherd's offcast belongings was a small leather flagon of his sheep-wash. He had brought this as a curious offering to Lawrence, who did eventually receive it, as was intended.

When the stopper was plucked off, a sweet and pleasing scent arose. This tempted Lawrence to swill, then gulp once. With an extremely bitter aftertaste, it had not the appeal he had casually hoped, that the scent had seemed to promise. . .

Within the next moon's quarter all of Lawrence's bodily hair came loose and dropped off. His eyes became scarlet and his bulk shrank so, that the jewellery hung too heavy to bear. His fingernails split and his stomach could no longer entertain solid foods. He became more as a specter daily and no longer resembled his portraits; of which there were many.

By the end of one moon cycle, Lawrence had weakened so as to succumb to death. His mansion was subsequently overrun and raided. His fabrics, dyes and commodities were carried off. For fear of yet another plague, which had been thought to strangle his life's vitality so, Lawrence had spent his last days quite alone. With mansion door locked and eventually put to fire, there were no parting rites, no dignity given or spent. 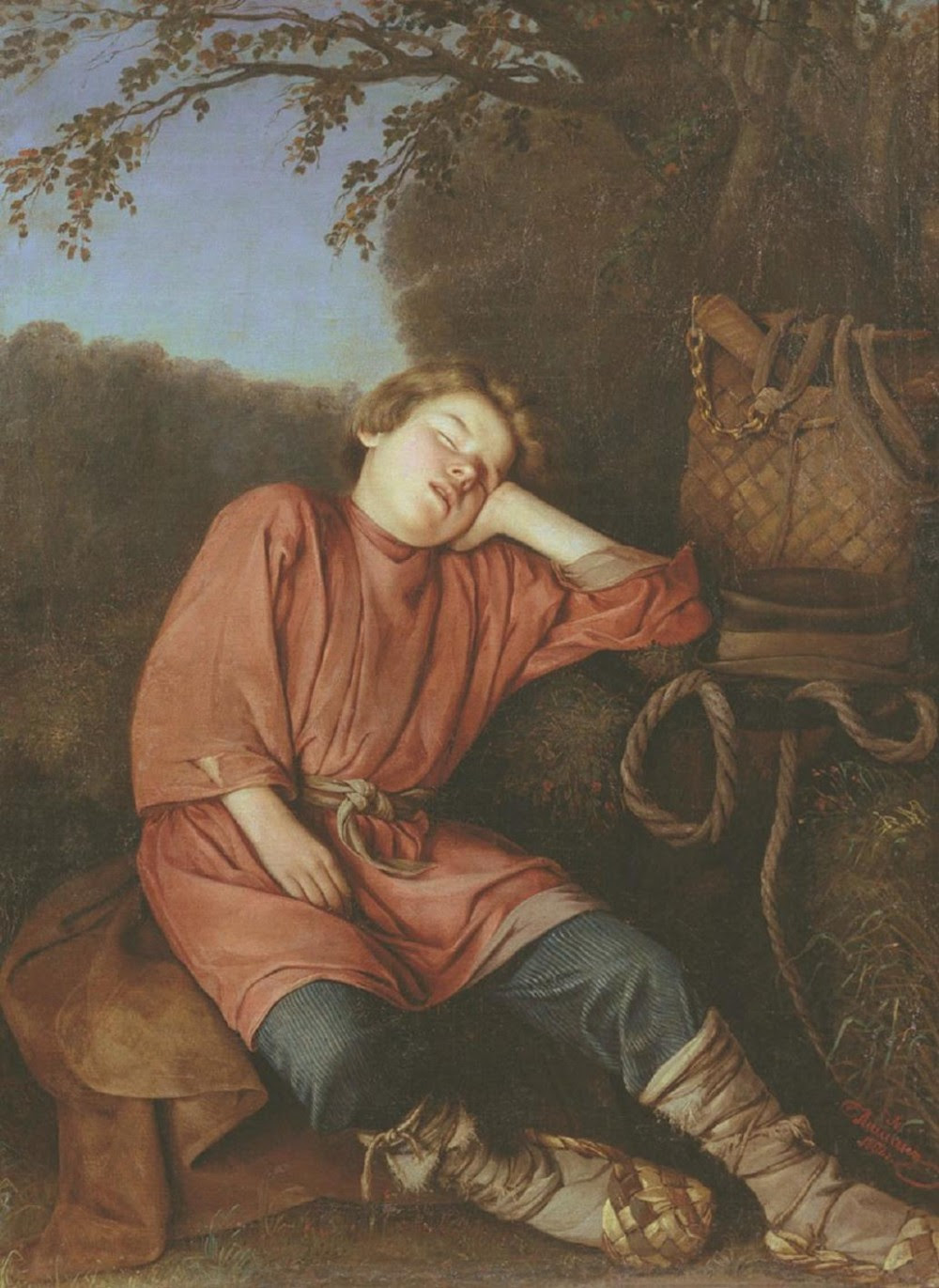 How careful one must be when we do make judgments upon another; especially when we misjudge those who as Angels do come with Heavenly offerings, to which we rebuke and send away because of our qualifications of conceit, rather than open and grateful heart.