CLICKITY-CLACKS, perpetual motion balls (the string of metallic balls suspended where one hits against another in succession: Newton's cradle), the Chinese balls (jingilo), the bead-balls inside a prayer wheel - all of these have the motion of one ball, one sphere making contact on the surface of another and producing a sound, a cracking sound, breaking through the surrounding ether. Billiard balls, marbles and other such games also produce this effect.

The ball gains propulsion, a momentum, extremely exterior, whilst the central point is always fixed. Impact from one to another from outer shell, reverberating inwards to central point, shocks the stable core and implodes from the outer layer inwards, breaking into the ether with large impact. Objects which are not spherical do not react in this way. It is the outer perfect tension and the form of the sphere which 'makes space' for that central point, containing as it were, a gateway into the etheric spaces. Any such orb or globe formed will provide this. Tension within and tension without.

Collision of objects and the impression left from such impact may be dynamically measured, proving a lesser or nil resonance, when compared to similar velocity and gross weight given in the case of two spheres. This is a measurable and provable fact 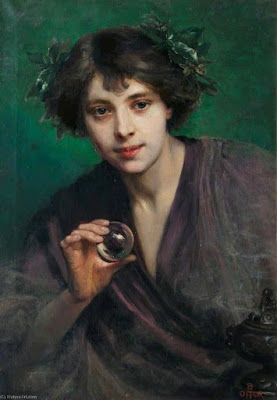 The crystal sphere of the seer enabled them to gaze inwardly to those spaces thus incorporated; the outer works upon the inner in this rule. Instinctively the scientists draw all micro-perspective forms in spherical notations, which lends only halfway to the truth of such interactions. Any sphere has at its central point, the gateway to a higher world. ('Sphere of existence' thus named.)

With interconnecting threads of vital fluidic ethers and impulses, from the highest impulse down to the lowest, actual form may call down into itself that gateway through which it was first born. When men were said to be spherical in form, this is why. All other forms defy the sphere, independently making way to reform and regenerate, pushing out along grids of predetermined patterns and structure which enable such diversification in a given field of existence.

Polarization of a sphere with according influx and outflows requires that the pathways of such channels are absorbed through to the inner core, up through and into the higher worlds (from which it first unfolded) and then back down, making exit through opposite pole. Here is a digestive function and purpose to such polarizations. Assimilation is conducted in this way.

The symbol of inner rings of concentric circles denotes this movement from one plane into another through such centrality, up and into yet another so forth- one door inwardly leading to an orb, which of itself contains centrally another door, worked inwards, yet opening into another orb, which has a central door. 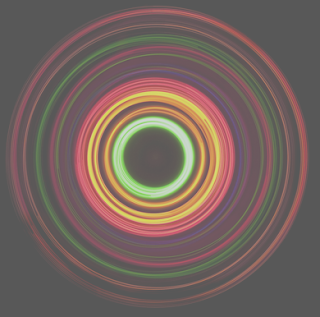 The eyes are verily the gateway to the soul. Stars have vision also, perceptibly through similar channels and means. As with the yolk of an egg (so often alluded to), all life begins spherically, physically spherical; and once impulses have pushed through this form and departed into growth, the original sphere may not be returned to.

Essentially a man must have many spheres within his constitution in order to withstand the pressure of that which is life. Cancerous outbreaks are from perfect spheres then broken, spilling over into patterns of form which otherwise had been enclosed off from. Of course these spheres are not purely for the purpose of detailing that which may be contained or abound, but also as interconnecting channels to higher worlds from which the physical constitution refers to and draws from continually.

Thus a cancerous growth denotes an overactivity drawn into that region, which has caused the pattern of life to spill over. Growth ensues and becomes of the physical world in multiplication, containing of itself yet more spheres of the same. Nuclei set free are usually targeted by one's immunity which may enclose yet again, surrounding and containing the central activity, imposing set limits before such growth outbreaks. This is not always the case though. Usually one has such inner corrections by the multitude daily. That which is life impinges the surface tension as with wind to a bubble, save that the activity may push from inside as well as outside.

It goes well as a meditation to command all faults and mental anguish to be contained spherically, that they may grow no more- to envisualize any disagreeable traits of self, held within such complete bubble or ball, and commit them there to stay enclosed with no key to release; and then propelled from the self, discharged. Perhaps to sit with one's bubble-blower, and expelling through breath and musical speech, "Farewell, Anger! Farewell Envy!" and so forth.