THERE are a variety of ways a man can present himself in the world, and with ordinary means it is most difficult to determine whether or not the inner development is consistent and causal to the display we are shown.

A man may appear inordinately affectionate or disaffectionate, yet the soul/egoic condition be remarkably the same. Unless one is gifted with an exceptional perception it is difficult and even dangerous to attempt a causal judgment of any other. Supposing is not reliable. The mystery of a man is given to a privacy within his own permits and is for no other to know, unless asked to do so. Even a spiritual emeritus has not by qualification alone, been afforded the right to make suppositions about the condition of another's interior self.

Therefore we are cautioned to this before attempting even the broadest of discernments as to the character (or displacement thereof) of another. Having said that, we can endeavor to study that which may pertain to our own natures, and assist with others' studies. As students in common, we can come to this work out from out own dilemmas and problematical inquiries, with such an honesty of validity to be had in the subjective, that we may be guided by a self-assessment, instead of an abject judgment of another.

And so we now continue:
There is a useful proverb:

The clearer the pane, the sharper the glass.

Today's discussion will try to examine the several contributing factors in that of the esoteric student who has lost much kindness to criticism in that process of sharpening his consciousness through observation and discrimination. Such characteristic coldness can come from:

Development of any kind is rarely manifest in equal apportions of progressiveness. Nature spurts and spills, with shoots and runners, propelling into life when the decision is so made. We go from 'nothing', to bud, to blossom, and each stage is so very distinct it may almost appear unrelated to the preceding one. Coming in from a spiritual design, out from the originating realms, much appears 'all of a sudden' with all episodes clearly contrasting one another as they further the reality. Of course much time aforehand may well contribute to the eventuality we experience; however, even that time is not equally represented.

There is nothing equal about development, and for that matter, there are no in-betweens (unless you count those periods of 'non-being' when manifestation is withdrawn entirely).

Further to this, in certain conditions both without and within, an individual may be subjected to an accelerated stride of new attainment. This is not uncommon amongst those who have re-entered upon the path and come to realize their inner preferences there. Phenomenally a man need not awaken into the spiritual work at any particular age, especially when karmic duties have called his attentions within the worldly activities requiring him to participate to the very fullest aforehand. It may well be that much later in life he consciously begins to 'catch up' to those inner knowings he worked for in previous lifetimes, and then seemingly 'all of at once' he has changed remarkably.

In reaction to this spirituality now come upon them, there is also a quickening of perception, as well as the subliminal material now conversing along with the awakened inner sensibilities. New experiences rush in to greet this consciousness, as the ego also extends its call out into the world to truly know it - wishing to investigate and cohabit with substance, fellow and god.

This is a special time therefore of compromise occurring, when the mainframe constitution accordingly reacts to the now new tensions straining to meet with the excessive life. Conjunctures are responsive all over the being; comprehension is attempted, signatures are sought after, curiosity enlivens and then, understandably, it stops.

It is a magnetic anomaly, yet also an astral gastritis. Too much too quickly and we begin to evacuate even before the necessary processing. We can see individuals who have gone from mundane to enlivened and then into nihilism resulting ... and from this position there can be then two ways to go.

If the enlivening was self-earned then the man or woman will begin to reassert themselves in relation to the spirituality, and the 'coldness' to the world will thaw with the warmth of their true inner life restabilizing itself once again in respect to its natural audacities.

If the enlivening was artificially induced then the indifference will continue.

Wherever there is a body of men working together there are also the beings who oversee that one body, and come to rely energetically upon the efforts of that group. With spiritually placed organizations there can be very protective beings who begin their wardship as faithful, deliberate hosts. They attend and cooperate at gatherings, they inspire a like-mindedness and shadow feeling of fellowship; they may become great and useful providers of much truth shared and experienced (partially creating the spiritual realities they promulgate).
However, such beings do not encompass the human empathies. They may be very powerful and persuasive as far as their divine knowledge is inspiring (there are dark path entities also, but we are speaking of the goodly variety) and yet, because they are limited to a 'higher' perspective as it were, they are all too distant from the condition of men.

Now in Anthroposophy there can be such a dedication to the leading being of the inner society that the very sensitive of individuals who are pouring themselves into the work are becoming responsive to its 'higher nature' in such a way that they are divorcing out from the world in general. This is not to say that they are no longer effectual within their lives and loves etc. But it can be seen in countenance and attitude that many are disabled from some aspects of individual character, replacing it with an assumed sense of divinity.

This can be proven in respect firstly to the exclusive nature of the Society Being, as promulgated by its recipients. Formally it is an entified organization, and this being was called in during the first gatherings of the Esoteric Section with the precise purpose of setting such ordinances in place, and keeping them there.

This detachment may well be preferred and chosen by those who participate. It is not, in itself, irrevocable, and in many respects it affords a great comfort for those sensitive individuals who are trying to make their way in the world, negotiating the many forces within.

In relation to point one, it can be understood how rapidly a soul can wish for some stability to invisibly set their axis upon, that the influx of new experiences and information can cause an ancillary need which may then be answered by the providence of that governing angel whose wings we may ride upon with inspiration, with such divine love akin to its kind.


This is no criticism but comment, to say also that the Man-Wisdom Anthroposophia, is coincidentally supported and maintained with an invisible presence which is not of Man. We do not believe that the strength of this being's effect was predecided. It is noble, it is determined, but limited in conveying much of the human condition as it exists today about the Globe.

Seriousness and gaiety do go hand in hand. The very lightness of spirit pertains to gravity as known. The better informed an individual is, the more capable he is of true seriousness. Experience, study, empathetic reasonings and resultant love, all bring the ego of Man closer to the reality without. This knowing of reality, in turn, makes a man strong. Such strength then offers

We are better equipped with our humanity if we are understanding it. We are less likely to shy away from those aspects which appear overwhelming to our inner sensibilities if we have won some resistance, discrimination and mindfulness about ourselves. 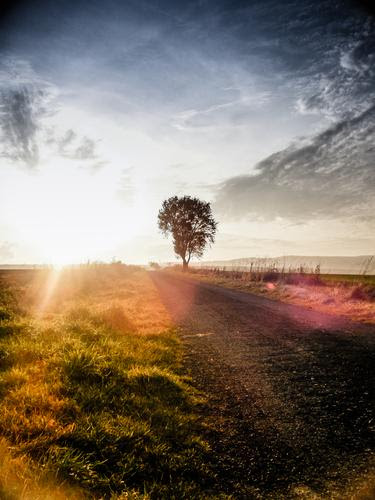 It would be perilous to believe ourselves and solely ourselves, to be so strong or comprehensive so as not to need the assistance and guidance of the higher beings in all that we do. It would be equally misplaced if we bethought ourselves tough enough to resist the many incoming forces and entities that would try us tomorrow, were it not for the protection of Christ and His emissaries.

But what we are saying here is that the emphasis within the operating consciousness of the Society can prove itself too persuasively geist-like, rather than of Man.


Nothing is concealed that shall not be revealed. There are many more secrets concerning the transmutation, though they are little known, for if they are revealed to someone their fame is not immediately common. With this art, the Lord bestows the wisdom to keep it secret until the advent of Elias Artista. Then shall be revealed what has been concealed.
- Paracelsus, Book Concerning the Tincture of Philosophers]