WHEN coming to the chronicles of events one finds that they are jumbled and veiled - chariots of half-lies (to say half-truths is a contradiction). There are members of egregious sects, protective of their bloodied altars; women defiled, their motherhood expended; children vanquished in such early life; more than mortally bruised, their spirits became incoherent and detached from desire to return to a world of constant vomit. Reckless sin paramount to an unstable society; the calf, the snake, the cat, the bull, all betrothed to Man. Penance exonerated the High Priest and Priestess, for they were but the mouthpieces of several haunting beings. The Oriental world, detached, in perfect servitude - save for the Mongolian brutalities, the outbreak of which ventured even into Islam; Persia, the home of beauty, offered too, strict covenants to protect her ward; whilst the old world of Mohammed knew only the iron brace, the crippling of wills and the suppression of digression.


However, the new world was to be founded and forged in Jerusalem. The Hindu and the Jew were beset with an enclave of freshly procured evidences. Hitherto each tiny domain, native or civilized, had encircled its community with the incantations of a chosen stream impervious to each other’s influences. Insurmountable, even unapproachable, was their fortress of inner reality. Christendom changed that. There was never before a 'new' stream which held keys to pass through and into an older precedent. The systems were locked, and within the systems the men too were becoming more and more rigidly defined. It was as a compulsion to one's bloodstream - the blood of racial caste and the blood of ego-relationship with an old world religion. Christendom was and is the New Age, where Man himself was revivified.


Here we can go further: because Christianity holds essentially within it the key of 'fresh spirit', it shall ever be renewed upon itself - and particularly when activated (called upon) to do so. The key element was such that divisions were dissolved and men were brought back to being men once again. The significance in global terms was one of reuniting and brotherhood. This was new, dynamic and radical. Not one minor god would have willingly given way to this; the plea to free the people was a silent cry worldwide.


Then there were the early champions, those whose egos had in part remained sufficiently distinct from their bonds of blood connection. To these, the stars would hold direct conversations. These men were awake with a vision of the new world, and with pity for their captive brothers they began the crusade.

Suppression had closed in upon the world, stifling Man from every corner. Whilst added to that, the blood itself was coagulating, and the flesh so hardened that it was becoming as the bones themselves. The flesh of animal was preferred to the flesh of fruit, and men were soon to age so rapidly that their sons could no longer recognize their fathers, nor fathers their sons- save for the exception of a very few who had escaped the confines of an obstinate body, for the spirit of renewal had come upon them and made progressive transformations.


The secret to renewal is to 'turn it around, back to beginnings'. All beginnings are good because they are of God. All that is new is wholesome and uncorrupt. All that begins holds within the secret plan for that which is to be, become and end. To renew, is to return (re-turn) - it is not to replace but to restart that which is already.


The Church is not Christendom - the Church is the body in obeisance to the spirit within. This is why there can be many representative churches in concurrence, and yet not all of them make suitable bodies for the young, defiant, Christianity. If they close doors and hearts and are separatist in nature, then they shall turn away our presenting Spirit, which undeterred, shall come before the men within, despite the doorman that stands and guards the cell. Christianity is pervading and undeterred by sectarianism and office.

The prime message of John: to be as little children, was the very essence of renewal, the essential central point to Christianity. The twofold aspect has contained within, the answer to the grief of the world.


The divisiveness of the past is falling asunder; it is only when men are made separate and ignorant of Heaven that they may be persuaded by demons. Christ makes the call to men because the He was there, ere the beginning; and evokes such memories reminiscent to first love, first awakening, first being. This is why most often an instruction will take a theme of demonstrating our primeval associations of warmth and nurture, that by such evocations we may come to a certain strength of renewal, within. It is wholesome for a soul to come to the familiar and pure; for that which was our past as lived by us is ever present.


The ability to reform is contained in that being, our being, which was and is of purity. But not as mere repetition of the past; rather, of a being exonerated and exalted by way of initial beginnings. "As we are born, so we become" - it does not translate terribly well, however in terms of the spirit this is so.


The freedom of men was won by a King whose only crown was benighted by suffering. His personal Quest was to regain the treasures of Man for men. The immaturity of Man gave over to a preponderance of substitute visionaries, that his ego was to be so combined with that which drew him nearer, associated only by the immediate past. Whereas Christ calls for release from the vagaries of mal-intentions and suffers no eternal contracts to be borne upon the soul.


This does not mean to say that the richness of offerings are sectioned away accordingly, but that man may 'take much unto himself' without pledging his being to that which he experiences. For where there is curiosity and subsequent attraction, men are led ever further to discovery. Without Christ there should be no way to return from such experience, and the man 'becomes' that which he is so drawn to. That Christ, as both challenger and defendant, equips Man to be free of the compelling and consuming aspects of cosmic/mortal reign. 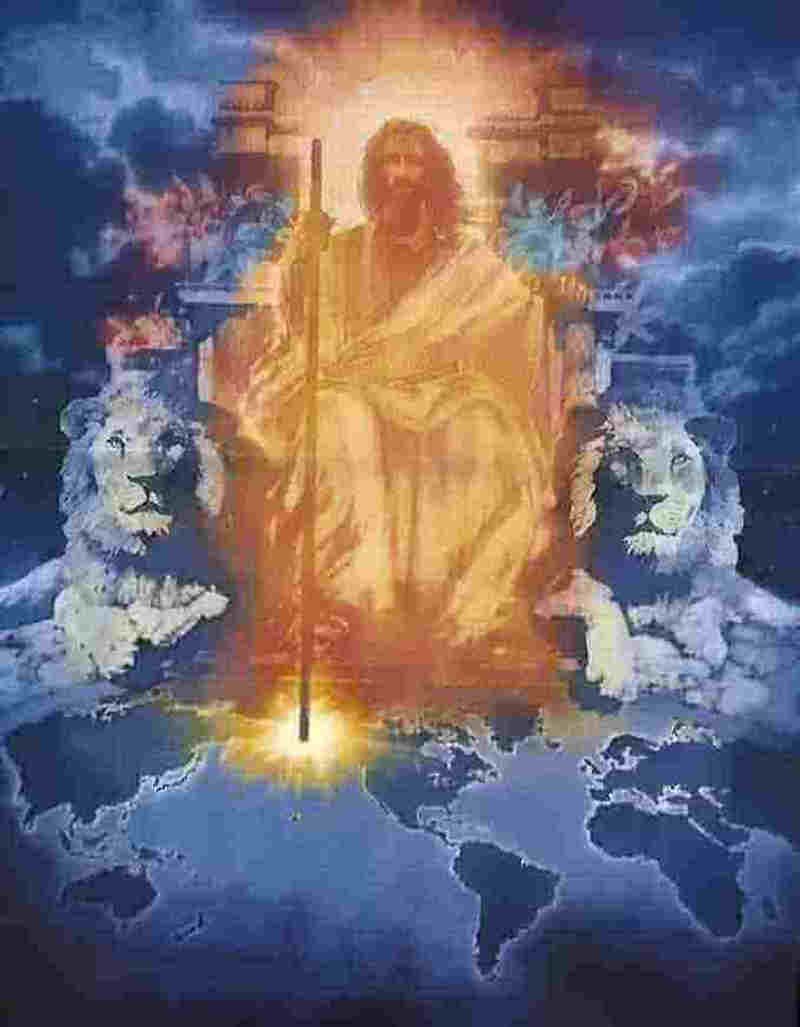 Also too, here is the answer as to why Christendom itself, shall succeed in permeating the turtle-like shells of ancient worship - closed systems provide for 'closedness' and traditions of themselves may only sustain themselves: tradition.


Furthermore, Christianity does vouchsafe for all men, even to the point of 'storming hell' to make a successful retrieval. The courage is limitless, the faith profound, the knights of the Order are resilient, determined and with love of the world.
Posted by Bruce at Friday, March 05, 2010