THE ostrich egg - what a wonderful size! Fertility has long been represented by the egg, and the egg itself the cradle for many new beginnings, from chick to universal whorl. The mystery of course is that the heart is so hidden, and one may not inquire within prematurely 'to find the prize'. In point of fact, one may only wait for the 'prize' to venture forth in its own time; and the breaking through of the shell will be one test for readiness in becoming world-worthy.


The Mysteries are very much alike to the egg. The common man perceives them all to be alike, he cannot distinguish one from another; and the Mysteries appear as wholesome and commonplace as a room full of eggs. He would not know how to handle them in their fragility. He should not know how they may speak to him - one by one, from heart to heart - before manifesting evidently. And for all those who feel as though they are 'walking on egg-shells' they have probably mishandled a few, and caused the breakage!


(It is natural for folk to relish the opportunity for dressing up in wonderful costumes. Self-expression is not always as easy for some as it is for others, particularly when 'self' is not self-evident. Fashion of course, is therefore desired, not as a means to conform, but to adopt an identity which is more than acceptable. It is good for folk to be highly thought of - would that this were the case for each and all - but it does not follow necessarily, particularly when there appears to be little merit.)


There is a reality of ourselves presenting as 'walking eggs' also. The auric egg as defined, is a distinction which separates the man from those emanations which stream out into the perimeters of spatial latitude. Each man truly extends into this 'forever', however at the same time does have an immediate density which encapsulates the driving ego and connecting soul of that man. This too provides a measure of resistance and minor restraint, and is not only the brightest concentration of memory impressions, dreams and visions, but also too a bubble-like enclosure of which there is tension separating a man into an individuality; separate from his higher deity and lower kingdoms.


The sac and the fluid which encompasses the embryonic form, is directly drawn in impulse and substance from the auric sac and fluid comprised in the individual's own auric egg. Thus the man himself makes way for his own embodiment, unfolding himself out from himself.


From the time of conception there is an intimate relationship between mother and incarnating soul. Her womb becomes transformed into a momentary vacuum which transmutes the radiant changes which shall set upon her.


There is percussion in intercourse, when the man and the woman so joined, allow much activity to enter down into the physical space within and around them. It is as though the two worlds come close, close enough for bonding and transference; born of the vitalities which stream from the man, imploring the woman to accept him, them, and the universe which follows.


There is liquor from the auric sac of the man, through which his vitalities - as being unmistakably his - are given over in trust, into the magnetic womb of his partner. She in turn accepting thus, will carry concealed that which is characteristic of him, within her auric sac - not to be 'flushed out' or expired, as it were. For such union is profoundly intimate and impressions thereby struck are lasting.


If a child has entered into this act of bonding, we find that the soul so drawn to this event, this cosmic happening, has sought and found opportunity to enter into (get a foot in!) the physik of the earthly mother. From then on a veritable vortex of activity shall remain within the mother, who ordinarily would have closed off from the influences in this respect, but remains in heavenly attitude and openness for the term of her pregnancy.


The incarnating individual necessarily, requires many influences and impulses, to draw around him those forms of which he shall incorporate and make of himself. This is ongoing and each minute is vital to his advance in such development.


If it comes to pass that the infant is expelled from the womb prematurely, and the individual is forced to withdraw from their bond of physical substance, the woman shall know intensely of the loss because the intimate companionship has ceased - not only as a child, but as a lover has departed.

Willingly it is that the woman gives over to bring in the children of the world. If the soul of the woman was uncompliant it should not be so. Regardless of personality and even circumstance, the being of she the mother, is both privileged and rejoicing at the union invoked in example of former bonding. When the man enters into the woman he does so similarly to the child: the incarnating ego. And in part he remains there with that woman, after the event; even after death.


These are the beginnings of dividing ourself (fractional beginnings). Every time we touch an object we impart to it something of our characteristic emanation. Every handshake, every kiss, gives person to person, a signatory influence which is lasting. Much of what we are is dispersed and scattered, and in this we leave a trail of our former selves scattered behind our movements. Taken to the extreme our world and worldly substance is facilitated by the offspring remnants of other beings' activity- tangible though it is. We too, tangibly exude substantive emanations which are characteristically individual.


Intercourse is an act not of submission, but something close to it. It is the condition - as in some conversation - of an individuality meeting with another individuality, and by such makes way for perhaps yet another individuality to enter into the otherwise private auric egg of being. Here we not only impart something of our own individuality, but prepare to receive another's individuality head-on. (Wrong phrase, but expressive.) The man so joined with the woman has come into her field of influence over him; she shall carry his essence as was imparted. (And no, this need not be physically accomplished.)


Of course there are implications from this when one ventures into the area of mixed kingdom affairs: Man/Beast, Man/Demon, relations are unwholesome because such psychic unions do have disastrous ramifications. And without using too much detail, the offspring from such is effectively created within the auric egg and then manifests physically; rather than as thought - occurring as a physical union of cell and cell and so forth.


Another point which could be made here is the question of inverse perversions from the natural act. As with every other facet of Creation there can be perversion whereby the 'original idea' is spat out and replaced by a similar. However, simply put, if an individuality seeks satisfaction only for himself, to please himself, then the act of intercourse is contradictory to his being's desires. The results from self-indulgent overactivity, are in the long run, madness or a subsequent breakdown of health. 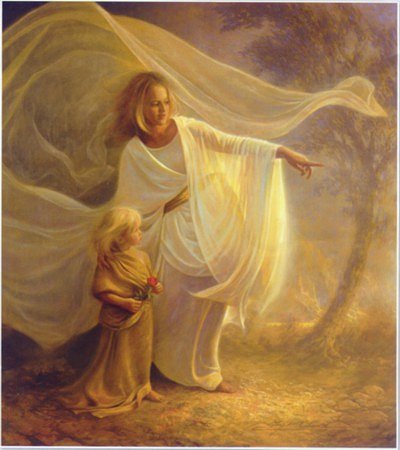 The reason for this is, one cannot open up to heavenly activity and give over to another individuality, in a fashion which withdraws from transference. For then the activity stimulated within the vitalities, turns upon the individual's own constitution, causing havoc, turmoil and malady. It is though the vitalities are turned inward; for the bonding is incomplete, the relationship not true and unanswered.


The individuality who drives the constitution cannot successfully seed himself with fluids of his current being - as this is what the ego-orientated, self-indulgent, self-adoring seeks to do. As proper union, we find expression of the individuality coming to realize Love, in the giving and receiving - irrespective of their individuality.


This is why some mistaken souls seek to repress and rape, because they perceive submission to be love. However, obviously they have got it wrong - whilst also not reaching mutual union on any level. Worse still, they may well have given over their individuality to a devil, complicating matters more, particularly in regard to the aforementioned vitality/properties/characteristic link. For those who have been victims of such abuse, the 'unclean' feeling remains; as unfortunately, so do the characteristic properties the individual has imparted or withheld.
(Imparted/Male, Withheld/Female)


The separation of the sexes imbued Man, with further insights into the two corresponding and complementary impulses which cause Creation to Be and be driven. The soul craves experience in both phases of being, being essentially the substance of both, but predominantly active in one.


It is accepted generally, that the future form of Man shall be something of a hermaphrodite; and whilst there may be some reality in this, there is emphasis given to the two aspects so joined as if they become but one. However they do not cease to be Male/Female and this cannot be alluded to without mistaken comprehension. Duality is being.
Balance, reflections, augmentation, relationship (literally relativity), perpetuality, contrast and harmony, all manifest only because of the principle and being of duality.


The deeper aspects to the conjoining of soul betwixt soul - not in physical terms, but spiritual realities - is an expression of that mystery which lies in the heart of Creation herself: the experience and expression of duality.


The divided duality, being that half referred to as the individual (in/divide/dual), seeks not only communication with those with whom there is genuine love, but a sharing also of those characteristic qualities between the two.