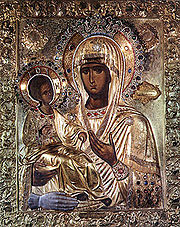 MISSIONARIES would pass over such venerated objects as were offered to their esteemed consideration, and with fleeting attention oblige, but with no real consideration to their worth. How often one man will set before another that which he holds dearly especial, whilst all the time the other inwardly scoffs and can find no merit and has not the understanding.

What is it that makes a prize a prize? Is it inherent or bestowed, or both? Much of value is overlooked repeatedly. Should the question be then, moreover: Why is it that men cannot comprehend much of the 'sacredness' entrusted to them within their arm's reach?

It is natural to love and maintain life firstly. This may be in the nurture and furtherance of the young or in the case of Man, their beloved. So too and firstly, one puts value in living above all other values. This is necessary to the consciousness in incarnation: that we provide for sustenance and avoid harm, avoid danger, snare corruption and above all else, continue.

No matter how grand or glorious, everything else is second to this valuing of life. The ego of a man is embedded tight within an impeding frame. When he encounters, touches great worth outside of his own life, he has not the opportunity to fully appreciate it by 'loosening' his ego into submissive interaction. This is something which occurs after death when the ego is 'freed up' as it were, to review every encounter from the opposite angle, and perception of worth is regained. Only when the overwhelming value of 'life' through physical incarnation is dismantled, is one afforded the eyes of truth - a sharing of realities, identities. To 'step outside of ourselves' in order to come to some level of appreciation is possible however. 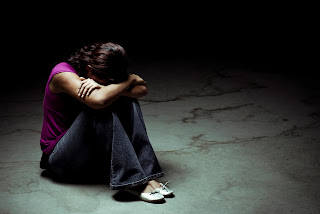 Diversely, one can witness the drug addict who infrequently pushes himself 'outside of himself' and comes to great appreciation of his encounters - one can watch the beam of balance weigh against life in the process. What a paradox again! That certain involvement in life can be ex-life. The point being that it should be as a concentrated effort of will which becomes stronger in the exercise, and not weaker to its own existence. We must acquire the ability to 'dissolve' self-interest without dissolving sheer self.

Most men are attracted to outer value because of its possible relationship directly with them or their desires. In other words they can only lend themselves to interpret worth, not for its own sake, but theirs. This is not surprising, because as we have just mentioned it will be from the eyes of self that the man does see- for his worth, preservation etc. - that is selfish, and in measure, necessarily. If he is to defend or take care of other men - children, loved ones, countrymen - then it is because his ego is so enwrapped, for he should not so easily come to this were it for an unknown individual. He may only offer his life for they who are him (usually).

Strands of experience lead us into further and subsequent connections. All of that experience leading up to this existence has been digested and assimilated by the ego - as described after death - and now made composite. The actual encounters must be made during a lifetime, however. This is how a man may build upon his knowledge. It is regardless of his viewpoint during his life, that he will come to appreciate worth after death. For example: picture a man on a certain date - let us say, January twenty-ninth - and on this day he has eaten his favorite strawberry dessert, conversed with many associates and a few strangers; eaten fish, drunk bad wine, argued joyfully, protested superbly. His hand may have rested on a great but unknown work, whilst also passed over many other papers besides. The men who surround this man hold quotas of sadness and strife - normal, everyday strife. The machines and telephones call to him. Someone approaches him with an as yet untried idea. He refutes the plausibility, discredits the idea with keen logic.

At night-time he reviews the day and all he should have liked to have done - rehearses tomorrow. After death he will be given the day again, whereupon his ego will allow full consciousness to flow and the memory-impression complete. The strawberry dessert may be abhorrent, or at best, of no note. Each man encountered will be recognized through mirror eyes: he will feel if their hands trembled as they clasped his, he will feel the wrinkles around their squinting, piercing eyes, he will feel their disquiet or displeasure - or should he have appeased them, he will know their happinesses as instigated by him. The strangers will re-present, he will know what it is they want of him and recognize previous connections. Did he pass them by, did he satisfy them?

He will know the fish and know of its life - of a fish's life and of those who netted, cleaned, drew knife, cooked and wrapped. He will possibly know the spirit of his wine, as with the day or week before - as the imp sits and winks and he feels its mischievous laugh. He will contest the arguments as if he were his own opponent. The great book his hand did rest upon, will sing to him from every page. The other papers will be known as a mass of figures, projections of little importance now. . .

The sadness and strife will become his longing to alleviate such for fellow associates. The machines and telephones will dissolve, and there instead will be those who did make connection through to him, standing before him; he will be as them, to him. They as a procession, fly by. The man with the untried idea is intense, and now it is that he can experience his vision as if it were his own and sees it to fruition. He feels too the dismay, when turned away.

Reviewing the day gives but another chance to gain perspective, only this time his self-interest having vanished, and his overview much strengthened. He considers what it is he should have liked to have done, and before slumber, rehearses tomorrow. . .
Posted by Bruce at Wednesday, February 24, 2010