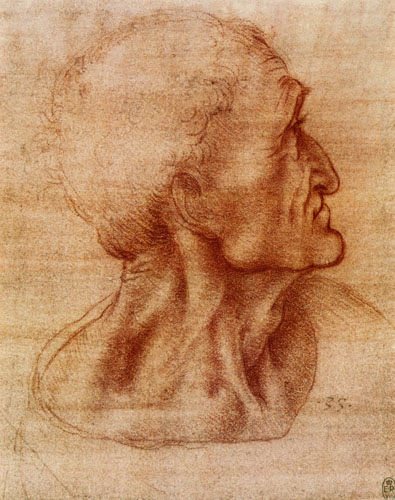 IT is with no exception - that is to say a rule as any other, fixed - that men, all men and women, shall continue great and gradual improvement. Retrogression in the long run is a misnomer - it simply cannot be when one accounts for the wealth of experience so accumulated and incorporated within the being of Man.


For every disclaimer to this, one may add that the point of axis from which all experience does pivot is Wisdom. It is out from Wisdom that the enlightening experience does stream; not vice versa, as is presumed.


The corporeal body of Man has of necessity, every element and every component, and every key to both inner and outer worlds. By his nature alone, he has gained entrance into vistas of experience which extend their own limits every time he chooses to move forward. How heartening, when one considers that every 'which-way' holds passage into yet further realms, uncharted at present but nonetheless there; always providing for Man and his levels of exploration. Cessation of the pursuance of Knowledge is periodically, an insultuous sin which falls upon the dim and fainthearted.


As a virus may sweep across an unsuspecting city, so too the plague of annihilative corruption may encompass the thoughts of men. This may work similarly in relation to general stupidities, but is so devastating to the otherwise cheerful spirit that it is one hindrance best left without.

For Man is a kingly creature most generally, and quite often the opposite in spirit to that of his outer core. He has withstood and endured countless ages and therefore has inner knowledge of such - enough to provide for a haughty soul! It can be that a sickness, a heaviness, comes to his corporeal status, and for a time affects him with dispassion and frequent despair. The cosmic winds bring corrosive elements: the dust expelled from the dross of humanity. This 'dust' is as poison to those who become endowed, and recovery takes time before it may be expelled from the subtle body- remnants of lost men, cast off because the soul had no method of containing or transforming those parts now made slough. As ancient ruins crumble and decay, those sorry parts of forlorn men grievously afflict the unseen recesses of the Globe.


Some matter is absorbed into the Earth itself, some into the plants by waterways, whilst some rains down upon country and town in deluge of despair. Quite often, by this time, those men from whom this is accountable have gone on to happier outposts, free or freer of the burdensome condition they have suffered. That is not to say however, that upon return they will not encounter much of the same, for verily in time they will; but all souls require sweet rest and are granted time-out from those perplexing troubles as inspired by their own untoward activity.


That which is sloughed is very much characterized by the lower man, seeded with more which has gone before. It is as the cultured yogurt or bread of the generations, where one does seed another - sin perpetuated and perpetuating.


It was this cloud from dismembered and diseased men, which sorely afflicted our Judas, who was the one overcome and made vessel to absorb it so. That he could not deflect such away from his being is one thing, and yet each of his brothers did so, and thereby the stronger into him. Cosmically there has to be somewhere for this to manifest.

Beloved Christ most definitely 'brought out' the best and the worst in Man. His very company exhaled demons and exhumed spirit. Clouds of steaming repositories of sloughed remains were swept the girth of the globe and excited. For even remains of that which was Man has memory. Even if this memory was all so slight, it responded in an agony all of its own in the Presence of Christ. Judas believed himself strong enough to take this into himself, and yet only one could bear the sins of the World. . . and be unscathed. The finale was, in part, the story of just this.


One must recognize the pain of Judas for it is one borne by misguided courage. The betrayal was apoplexy, and not of his own choosing or command - as borne out in the later testimony of his despaired act of repentance.


Sadly, those fearful aspects of 'fallen men' have haunted the healthy and strong of heart, in episodes which provoke many a ruin. The continuance of such disruptions is self-perpetuated, and elusive to those who are caught unawares. One may not underestimate the problem of such spiritual disease. You see, even though ghosts do lie and present to men the pictures of wickedness and sullen grace, they were believed because the ghosts appeared as spirits who had been cheated of Heaven. And the despair from these ghoulish entrails seeped into the purest heart and mind, and contaminated the aspiring soul. Before the appearance of Christ, this was consuming and debilitating many good men.

“These things I have spoken unto you, that in me ye might have peace. In the world ye shall have tribulation: but be of good cheer; I have overcome the world.”
John 17:33

Here is as fine a meditative contemplation as any: "Be of good cheer; I have overcome the world". No problems! No enduring problems to beset you. Be of good cheer! Such quiet confidence may preside within the bosom of a man, because of the love of Christ to whom we may defer all troubles. It is only when we try to absorb them into ourselves, by ourselves alone, that we may come to find it an impossible task.


At present the ills and woes of the world are still immeasurably dangerous to Man. They are the weight which deters a balanced spin, they are the seed of future sufferance. They contaminate the young, whereupon hope is no longer seen; and the weak succumb to those ways of wickedness so unlike the true ways of men.

There had to be a physical representation within the theatre of the World. The culmination of the ghosts of defeated men cleaved to Judas, who by himself could not withstand their vile temptations. For he did over-measure his ability and took himself to be what he perceived in his Master. This was the fault: Judas likened himself to Christ. And he did verily manifest the sins of humanity - he bore them as promised; but sadly, was vanquished asunder.

Sagittarius: Wisdom - Wisdom made known by the trials of sin throughout perilous experience.