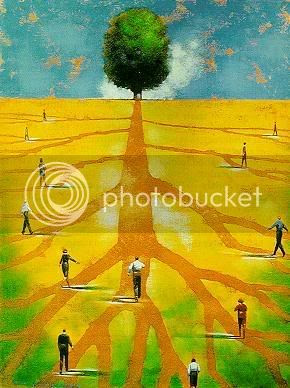 IT is difficult when asking others for their opinions or interpretations, as truth does not depend upon consensus - thankfully.


The memory-recall which one develops throughout a lifetime does not readily (usually) make available to the man one tenth of the detail which has passed during his waking hours- particularly if the actions of a man are neither impressed with conscious determination or sufficient impact, rendering conditions to be most memorable. A man has difficulty recalling in full the minutes of the day which was yesterday, even though he knows and understands quite fully that the day prior to this one was lived and spent with minute detail. The man is not troubled by this as he looks towards the future and the new day's prospects ahead of him with concentration spent in this the consciousness of the present, and he rarely practices the exercise of reflection, of recall, depicting the days or the weeks which have past.

Sometimes too, one may be in error when trying to examine events which were of the years prior. Usually one's memory is given to specific instances, specific impressions, but even when these are called upon, there is a great limitation to carry them further and expand upon those particular recalls, further into that very day or thereafter.

Added to this one has extreme difficulty in recalling those experiences which occurred during dreaming when the consciousness has been so expanded beyond the particular that the mind is used to define within the waking hours. Translation here is again quite different, almost to the point of becoming undiscernible.

So one may say that memory recall within the immediate rests upon factors pertaining to both the present consciousness, and the exertion of consciousness at the time of that which we endeavour to recall. Quite rightly one would find that if we had opportunity to 'live out' all of the detailed impressions that we have gathered, then we should be so taken up with those living memories that all future receptions would be incapacitated by such. For at present the consciousness of Man cannot lend itself to both and function concurrently.

However and nonetheless, even though a man may begin to understand his inadequacy of detailed recall, he does not doubt his existence and the days spent from birth until this moment. For he 'knows' that his existence has been prior to this day, and he holds sufficient - though few by comparison - memories to sustain this supposition.

There are times when direct memory impressions are to be necessarily few- such as those times of infant consciousness whereupon the ability to remember the founding days is entirely non-specific, and may not be accessible to the mind through ordinary means of interpretation and memory. Such as it is, the consciousness which was of the infant, is so completely made separate to that of the now adult that connections are not taken up and impressions received are now separated also- and you know what they say about first impressions! How very true with the babe, whose experience of experiences is all consuming and multileveled!

The child and its interpretation of the world has by far, an extraordinary encounter with the new and unfamiliar. Whilst added to this, they have direct perceptions of not only this world and its attributes, but also they take impressions knowingly of the ethereal worlds and the emanations within - and have dream-recall. For, so to speak, they have just crossed the border. The incarnating ego has not settled within the frame of a certain reality, and is not comfortable with such. There is an 'easing in' over many years, before the consciousness is: complete and receptive, coherent and concentrated upon the specific interactions; with a specific realm and grasp of 'reality'.

With many forces employed here, the development from child to man would lend itself to volumes of material in the whys and wherefores of such incarnation. But suffice to agree, that one's present day powers of memory-recall are very steadily reliant upon present day consciousness and its abilities to translate or decipher and reckon with, the consciousness held in the past.

Added to this, a man may well have expended much vitality within a situation which markedly impresses him so, above the usual. Therefore, if he has worked or exerted the consciousness with such vitality, his powers of recalling these events and impressions at a later day will be better equipped to draw forth these outstanding and worked-upon events.

The scholar who strives to do this is a perfect example of a consciousness that may exert such vitality into that which holds great interest for him. But similarly, that same scholar may misplace his keys or his hat, or be without recall as to what was for breakfast the day before. For such details do not concern him and he has not expended consciousness in these semi-conscious performances of activity.

In the instance of a man who after many years does suffer short-term memory loss, there may be a few explanations as to why this is effected. However, one particular reason may be that, as with all functions within the constitution of man, he may have ceased to utilize those vitalities within the conscious activity and withdrawn either by choice or by habit; and in such has forfeited the ability.

If a man has chosen to withdraw his vitalities from certain interactive sequences of activity - i.e. he has forced his consciousness lower by means of intoxication - then he will certainly find the exercise in later years most difficult, as he has practiced the very opposite of such exertion.


Similarly, if a man has concentrated all of his vitalities into specifics and yet has separated himself entirely from the habitual activities in which he carries out - doing the shopping, making the tea, etc. - then it is precisely the lack of interest and the lack of connection, which then means the lack of vitality and actuality of consciousness exerted, which will finalize in, not in his performing the tasks as second nature (as he has done), but through lack of real involvement, becoming incapable of ever remembering those things (above described) that he has done.

A musician may play music and the fingers may be so practised that by habit they strike the key. But with the case of the musician, he has a definite 'love' or 'passion' for that which he plays and so enhances the activity with vitality thus imbued.


It can also be said here that there are definite physiological disturbances also, which may be taken into account in the case of those who suffer from this short-term memory loss, however usually the physiological system is reflecting the man and not vice versa.


Finally we come to the question of reincarnation as seen in the light of the above-described phases of memory and memory recall. It may also be said here, that even though a man may not remember the details of his day or his life with great or mediocre clarity, it has nonetheless been effected and lived by him. Also, even though a man may not find that the details as such are accessible to his everyday consciousness, they are nonetheless carried within his ego and exist minute by minute, in actuality, in record.

Furthermore and extending past those impressions which are rightly his, there is also record (explicit and defined) of impressions which he has effected, and impressions which rest upon a multileveled, many sphered base. In other words, there are significant interactions which the consciousness of the individual may not realize at the time or personally choose to realize. There are also ramifications which extend into the future and result in further consequence.


Added to this there are impressions left which are concurrent with the immediate reality, but have been effected within realms beyond, which the immediate consciousness cannot decipher - all of this and more, a man does carry with him. But alike to general memory impressions, these may not be extracted from the physical substance that some assume a man is only made of.


Given that the present day consciousness of Man has difficulty with recall, it is not surprising that he has such difficulty with the assessment of reincarnation. All of the abovementioned details relate similarly to one trying to recall, with definition, one's past life.

Consciousness at present is enhanced when applied to the present, and then onwards into the future. The 'inadequacy' of memory is for a time, a blessed reprieve whereupon a man is given to concentrating more upon that which he is to do and become. Also with this, one will find that the more one is conscious, fully conscious about that which they do, the more it shall become memorable in this and in future lives.


Some folk most certainly have glimpses and glimmers of lives previous whereupon particular impressions have incited like impressions that have been so outstanding for whatever reason. The fact that most have so little to go by is not a deterrent to their abilities to date. It is neither, a testimony as to reincarnation. However, today we have discussed the individual's memory impressions, rather than the actuality of a law and a system in which we are very much a part of.


There may be short-term explanations given as to cyclic re-embodiment, however also the long term view as regards these episodes, leads to much philosophical speculation. For as with all cosmic laws, one advances into a region of either: a) explanation or b) questioning the system itself. And 'b' is by far the harder. 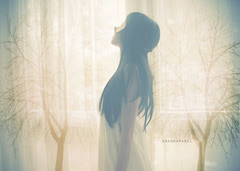 We are not certain that one can ever come to spiritual laws by reasoning alone, for the grand whys and wherefores are dictated come what may and have been put into place, along with everything else in the system. Folk may enjoy questioning the processes, and certainly must test each truth personally before coming to the 'peaceful round'. But however, it is a little like asking "But why do we have grasshoppers?" We may choose to learn about grasshoppers, we may choose to not learn of grasshoppers. We may speculate as to why they have been brought into existence. We may speculate as to their mission in the world, we may even try to emulate them. But the 'b' approach to grasshoppers shall not be resolved by the nature of the questioning. 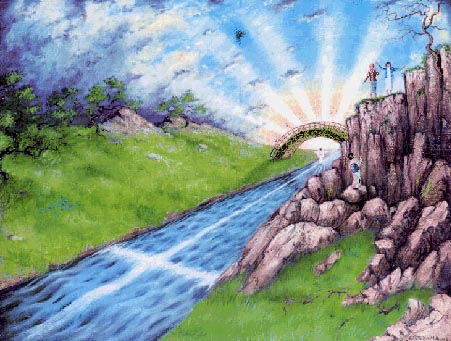 Email ThisBlogThis!Share to TwitterShare to FacebookShare to Pinterest
Labels: reincarnation