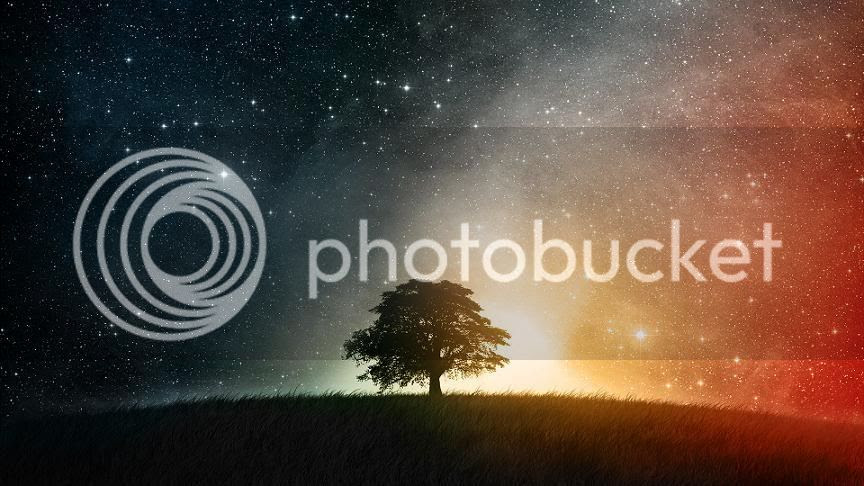 WHEN a court of law tries to establish the weight of a crime, they are first concerned with the conscious intent of the accused. Whether or not the person has accidentally effected the mishap, unintentionally put finger to trigger and aimed, or instigated something of the consequences by self-design - this is crucial to the judgment upon the fellow.

There are marked differences between those activities which stem from our self-conscious reckonings to those which are carried out on behalf of an individual who is unaware of his participation. For once an activity is charged by desire and intent, its potency is excessive and is pushed to its very limits by such desire - equally so by a man who does recognize this - he is again empowered further than before.

individual with materialist perceptions, who is 'grounded' so to speak, is rendered impotent in respect to this; and because of his ineffectualness within his hardened world, he reaffirms this to himself in stubborn matter with unseen consequence - for consciousness does command. The imbecile, the idiot, have for a time been so encapsulated that these powers are inhibited- whilst the character effects a personal statement, rather than any outgoing activity impressing with cause. 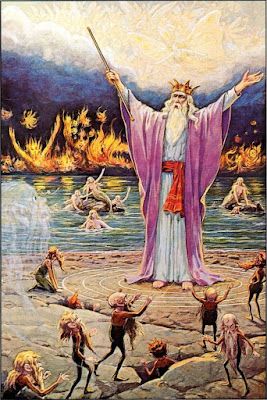 Magic is potentized by a concentration of will summoned within the man, and expelled/directed with certain intention. The problem with such conduct is that were the magician to firstly direct such eagerness, such vivacity, towards his inner constituents and make of himself to be both balanced and developed within, then he should most likely afford his effectualness within the realms of the ethers and beyond. But the practice of exterializing and expending such wishes, as do come from an underdeveloped, under-disciplined individual, is as a child - put simply - with a loaded gun.

The fact that mankind in general has been held back from this self-knowledge of their potentiality of effectualness, is moreover for their own good in order that they might 'catch up' in other areas that require consideration more importantly. However there are still ways and means in which they may put into practice examples of their creative forces.

The study of any particular esotericism will eventually lead a man to the knowledge which distinguishes acts of will from acts unconscious. For the will does drive the level of intense summoning of those cosmic influences which pertain to the act and the expression. In ritual which is designed for the purpose of effecting activity in unseen relations, we find that a man may produce many and varied results depending upon the quality of: that man's character, the quality of his desire (original and secondary), and the quality of those conditions without (in cosmic terms of timing, etc.); but nonetheless, all ritual consciously performed, has of itself, consequence - marked consequence.

Of course this need not correspond with what a man may tell you is being effected from his willed direction of the creative powers. There may be quite a comparison between what he says and what is done. Without the clairvoyance which directly perceives the ways of the emanations and the color of their design, it is something short of using a match in a fireworks factory in order to read the label.

Complications arise also when a man gives over his will, his creative powers, to be used by some 'higher' authority - namely an entity who is provided with great self-interest and saps off the remains of those vitalities afforded through the ritual exploits of unsuspecting men. A man may be innocently urged to perform many conscious tasks, directing this or calling for that; and yet at the same time has openly subjected these drafts to one who should encourage, provoke and make use of his endeavors.

One might ask where is the danger in this, as opposed to everyday living. If a man were to concentrate the commensurate efforts of will and self-conscious design, and direct this creative power into the specific of effecting a better humanity, then the results are grand, fruitful, rewarding and to good purpose. However, should he firstly seek to enhance and further his own being by such practice, there is a contraindication for the very nature of the creative powers. It is as though our Father has one stipulation: “You may have all of the wealth, but you may not spend it on yourself - for I shall see to that.” This is the way of Creation. No one can take for himself. To some this may seem awesome or upsetting, and perhaps they may even feel revulsion to this concept, but in the main it works wonderfully.

Furthermore, if one is exhibiting such creative powers with full intent and they are not directed or sent into realms pertaining directly to the individual's realm, then they shall go on and out, to be managed somewhere. They cannot remain with the man himself, nor can they return upon a man, for this would be a closed circuit system with no contrast. When there is a high/low flux and irregular streams of non-specific, and greater variants, then there must be expenditure. Expenditure or bust! In the case of men (who have not been made insane by such practice) there will necessarily be expenditure. And, risking being thought glib, one may put their finger in an electrical socket in the name of their God, and the consequences will be the same as if they had not. 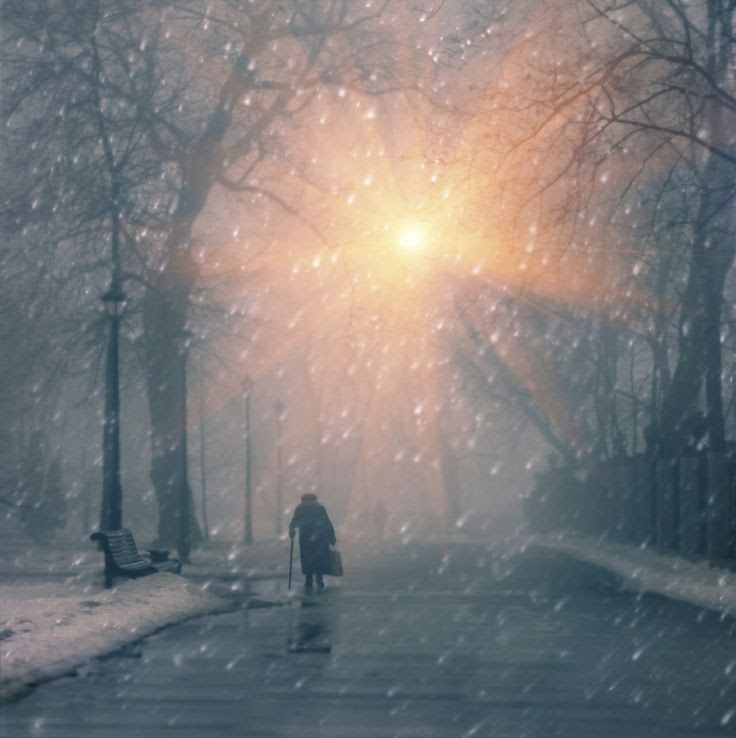 Prayer works so wonderfully when man has called upon those beings that by the nature of the prayer, are then given license to assist. Those cosmic influences pertaining to exact remedy are given, through the Creative Powers afforded, a receptacle proper by a task determined. Usually too, there is need, which makes for a proper receptacle also.

So when we have men who are involved in an introverted practice whereupon their desires have no end other than self-fulfillment (which has no end), then those forces employed must in due course be received somewhere. If the intent is not pure and selfless, then the beings which will hover and gather with great interest, shall be as undesirable as this offspring from a heart which is sealed to actual needs and actual prayer.

It is understandable that we should all seek betterment and wish that we should become whole, balanced, equipped and perfected. But with whom do we conspire this and to what purpose? The student who utilizes magic - and magic it is if it compels the use of unseen powers by conscious direction, dictated by will and want - has stepped into a responsibility, whether acknowledged or not, which is riddled with complications unless they are properly prepared for such activity.

Thus the importance of moral training is stressed time and time again - not the least of which, patience is as important to learn, as one will find, for if a soul suffers impatience then they are truly ambitious. Ambitiousness is impatience. Yet when one looks to the whole issue of humanity's predicament and is decided that they will see this through, they must have developed patience to withstand the wearing tides. It is essential. For one must also know that tension requires flex. There is always a balance called for. The student who would live 'full on' in a state of tension with passionate employ, will soon exhaust themselves and those around them. It is precisely the practice of such regulating which makes for a sturdier and reliable man. Tension and flex.

How often have we assured you that you already have within you, whether active or inactive, all of that which you will become? Although there might be beings who pronounce acceleration which leaves the rest of humanity at the starting post - know this: that humanity as a whole is a whole, and no one may go on completely without forfeit of that part of humanity which is him. As brothers we are bound. To what purpose should one become insensitive to the plight of their brothers? Those who would claim their own 'spirituality' and yet despise their brothers, who are but pitiable, do forfeit much that has been given them as men.
For in sympathy and charity we come to know the grace of God that has promised one hundredfold facets upon the face of this, the uncut diamond, of the mission of such free-will afforded man. Do not forgo these higher instincts! Do not suppress for the sake of impatience one's love of those whom we do not consider our equal - for in truth, they are equal to us and in the loving eyes of our Father. When we separate ourselves from others, we separate and sever ourselves from our Father.

One can never consider that the Father's heart is not large enough. Those who are quick to judge and decide, discard and prohibit, seal that: their own cell.
Posted by Bruce at Tuesday, November 24, 2009