THE AUSTERE Man who has generally good taste, is a man who is not to be argued with. His concerns are firstly propriety, and is insulted by those who impinge upon his stable mind. Therefore he does not take to any concept lightly; nor will he issue or disclose that which he holds proper and correct.


He shall choose his confidantes carefully, and once established a friendship shall become unseverable - at least for his part; unless the partner were to shatter his original surmise. He is devoted to his mother, and although no less to his father, he will be fearsome of him even into old age, and find little comfort in affection but look rather with dutiful response.


The Complacent Man, who is unkempt and untidy, appears so, and does not realize that this is his public face. He may not interpret the systems of the world as being orderly, for he lives amongst vast and overwhelming impressions which inevitably swing between desolate solitude and depression, and blissful overjoy. He loves what he loves passionately; when aroused however, is usually remote from the true realities of that which he could love, if he but knew.

He seeks comfort, and if without the physical comforts is easily disheartened. He seeks simple pleasures, but is all too easily overwhelmed by intoxicating pleasures which overcome his senses. And this may be his demise, for he is unsure and unstable beneath such experience. However, he is not known to be 'choosy' and is easily pleased - placing limited expectations upon others, as well as himself. His surroundings may be as simple as that of the Austere Man, and is so satisfied, but may also be crude and fall easily into disarray.


He is not given to general nervousness, great reflection or sporadic temper, but may seasonally be affected; and overall this gentle but confused personality, may have difficulty assessing much about that which causes him discomfort or that which he would openly seek for happiness.

The Worrying Man is as stalked prey seized by continual upset. He is unsettled by almost everything outside of himself because of his interior conflict. The blood pushes fast, the glands over work, perspiration excretes rapidly. He continually mourns, but in general terms is quite unmoved by the more serious conflicts surrounding him in the lives of others.


He is of doom itself, and walks under a perpetual shadow of past remorse. His discomfort comes from crimes repented, but not recognized. He seeks consolation, but looks to the world for distraction. He is misery to those around him, and takes a little relief in issuing forth such benedictions of his internal suffering. That which he requires the most, namely good moral conduct, soothing music and proper companions, are usually beyond his trembling grasp.

He has so much difficulty in settling within himself, that meditation or nature appreciation is quite impossible. He is to be encouraged at all times to loosen his perspective, and needs 'cleansing' of his guilt through the means of that which will inevitably arise in life situations to help redeem him.

The Jovial Man cries continually for others. He is as a 'Pierrot' who is both happy and sad, and explicit in both. He has so much joy streaming from him, and yet the world answers back with pressure and false currency abounding. He seeks companionship above all else; and blessed with a quick and cunning mind, he rarely finds another who may match his wit and meet with his perspective. 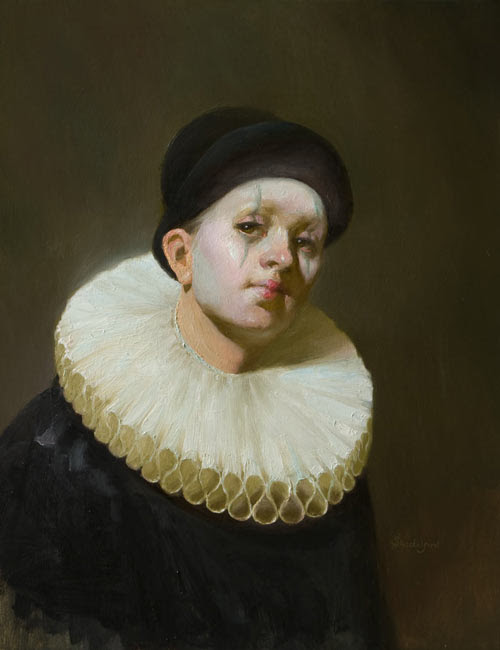 Although he is rarely earnest, he is pained by such brief reviews, and intensely objects to the inner/outer duality of pure joy and pure sorrow. His feet are quite unattached to the earth, and for this he is often regarded as flip or at best, eccentric; and is often misunderstood to be a simpleton who is pleasure seeking and rarely serious. But in nature he would be continually happy.


The effects of others impinge so upon the inner radiance, and he is forced frequently to weigh this profound joy against the indisputable calls of his neighbor’s 'reality'. He is kindly and where possible, extremely considerate, and is not to be confused with the 'worrying man' in aspect or nature


The Somber Man is as an old spirit, who like to the old trees of an ancient forest, is fixed and rooted within tradition and propriety, family, society, with comfort and call to order. He is not known for vigor or recklessness, but rather of being quite old before his time. He shall be found in libraries or antique shops or museums, or wherever the past is present, for this is preferred by him.


He does not motor around for the sake of it, nor part with his money easily. He cares little for present circumstances, but takes into himself a historical overview which perceives the world before that of his birth, and obviously moving on way past that of his death. Although he is not morbid in this, he has usually that effect upon others.


His expertise or wisdom may be great, and is moved only to stimulation with glinting eye, when called upon in a way he knows best. Although not known for his charity, he asks for little and would take unto himself his basic needs, and that of the past he may harbor for posterity.


The Selfish Man is what he is because he is so busy and self-involved that he has never taken the time to find greater fulfillment. Small setbacks and larger tragedies are bitterly received by the selfish and they have little or no understanding of situations, as they take all such occurrences to be personal afflictions. The selfish are motivated to positive thinking only with self-interest, and are quick to tire when results are not as instantaneous as they would wish. They are therefore intensely wishful, as they hope to draw ever unto themselves, but are never satisfied. They are frantic to obtain, whether it be kudos or physical memento, for they truly doubt their own self-worth, and seek to establish an exterior value.


They often measure the grace of God by privilege; they seek His approval by means of that which comes their way and are insecure in this, for they are so often met with inevitable disappointment. True love and charity will speak to these people, even though it appears to contradict, because it does yet further their greed. But having said that, there is nothing so valuable as good example, which is the only teacher these people may hopefully take to themselves, eventually.

Yet as thieves among thieves, they are happiest in the company of others who are as equally selfish - those who aspire to society's stations, trying for influence, for status, all the time for self-approval. Would that they were selfish in degrees which led them to sanity and useful values!


They make also for talented confidence tricksters.
Posted by Bruce at Monday, November 02, 2009