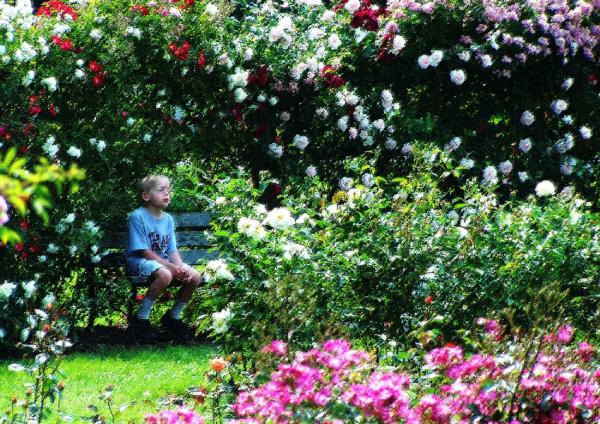 LONG ago, in the land of Easter-morn - has anyone ever told you that there is always a special place for every special time? Not just any place, but a location which is designated Easter, say for example; and it might be so many degrees in relation to the other times or it may be so impressed at one particular time, or it may be that the influx is at its greatest at that time. Very good, then we'll proceed.


In the land of Easter it was raining continually - day and night, night and day, without mercy. The red sands were carried and dropped upon the buildings, upon the leaves, upon the statues, upon the sorry folk and forlorn beast; and splashed down leaving red, ruddy residue.


The humidity was high, and although the storm was unrepentant it did not markedly lower the temperature on ground, but seemed to bleed a heat of itself that the earth perspired and more sand and silt was excreted, being muggy and close and tedious to bear.


The elderly had been kept indoors of course, and there were those who had had to venture out, who suffered eye disorders and skin irritations from exposure to the stinging grit.


The sky itself was quite red in hue, an iridescent bloodshot red made gloomy by the clouds which denied the Sun her entrance. A small boy, Jacob, had been distracted by his father's upset, and so pitied him that he bethought it best to go and beseech God Himself that He might give them reprieve from this pestilent weather. He was troubled more by his people's dismay than concerned for his own wellbeing, and took his little coat from the alcove and departed the house, out into the deep red blizzard.


His hens were a'cackling, the poor cattle stood and moved not; the drops pelted upon his head and dribbled down his neck as he made his way to that special place, that special garden in which his father usually would frequent in troubled, miserable times.
The first miracle occurred when Jacob found their small garden to be quite untouched by the rain, for there it rained not. As if a tent had been suspended above, he found the ground quite dry and the faces of the flowers still perfect. He was much overjoyed by this and took this to be a sign of God's mercy, "He must still love them!" thought little Jacob. It was quiet in that garden for the wind was without, and he decided all at once that he must go and fetch the elders that he might show them this small blessing. And so he returned back to his small home, back through the rain again.


At the doorstep he found his mother fevered with anger, desperate with over-worry. He also found his father, who beat and whipped him with the brush-cane. He also suffered much abuse from Grandfather, who bade him attend to his corner, after ridicule and lecture; whilst he had not the opportunity to tell of his tale. His Grandmother only watched on, for she was not ever of a mind to comment. She had lost the power to form words many years before.


That night as he was huddled in his small bed, he began to call out to his father and his mother and ask of them that they might hear his story, for he explained that it was important to them, as it was to God. After much consultation they gave dear smiles - for they so loved their little lad - and explained that he was mistaken, but cared for them, that he had mixed his hopes with his imaginings. Jacob pleaded that he might take them there that they should see for themselves, but they only nodded and said that it was not the time to do so.


At that moment the last of their wood was placed upon the fire and Father and Mother looked across at each other despairingly; for although the days were warm enough, the nights were chilly, and moreso without their stove. "Tomorrow we eat batter", thought Mother.


"Our oldest hen is given one more day longer", thought Father.


The following morning the rains had ceased and the Sun was again its burnished gold. The silt and the mantle of red dust that had been so transported had covered so much and heaped up upon posts and doorways. The vast water had drained well and the plants lay crushed and broken. The people went to view what was damaged and what may have been retrieved - very little was there, so sheltered that it had not been coated so.


Jacob pleaded and begged his father to accompany him along to the precious garden. But Father was busy and Mother was busy and Grandfather had not the legs to leave the house. Grandmother however, rose and put out her little frail hand to Jacob, beckoning that he might help her rise. And she walked with him to the doorway and pointed out there to the garden, and he led her carefully with great happiness.


Almost there, he broke away from her arm and ran to his spot that he might seek the pretty flowers again. But his triumphant smile vanished when he sighted that all was so pummelled and broken and crushed. And the arbour was destroyed and the pond so muddied; and his haven had been as defiled as all of his countryside, so bitterly.


The blooms were bruised, the bushes heaped over, the fruits were squashed and torn. "It is true" Jacob cried, "that I am only a small silly boy who did dream of this only with foolishness greater than my years".


His grandmother steadied herself beside the garden wall and sat upon the stone, peering at the little boy.


"Jacob!" she called to him, "Jacob my boy, you must not hold faith so lightly, nor so heavily as to decry yourself or our God! I believe your story and I also believe that this garden shall be again, for that is the true mercy, nothing more and nothing less".


Jacob believed that an angel must be moving the lips of his elderly grandmother, for truly she had never talked before, in his time, in his memory.


"Jacob hear now, you must believe for your rose is not so dead but has grown here that I might speak again", she said as she placed her finger on her throat. She continued, "It was your love of the garden, and the faith in your heart that gave it a new home, sheltered and perfect". 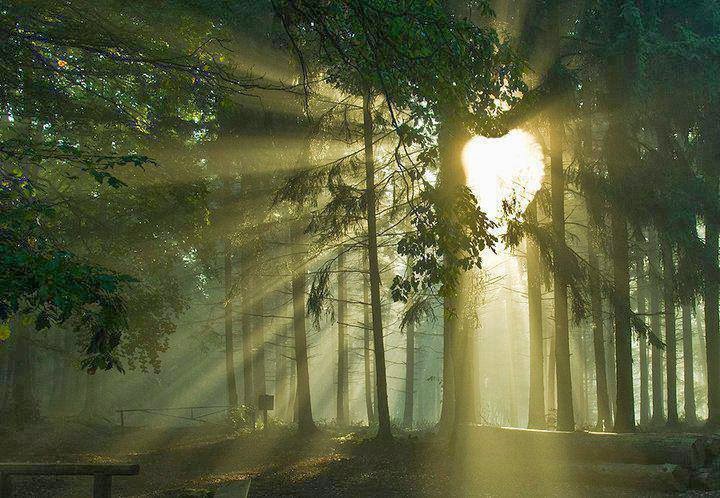 The small boy understood the sense in this and ran to hug his old Grandmother so tight, "Come Grandmother, we shall tidy this place that it might be again. If you instruct I shall obey. And we will keep to the original plan, for we still can see how the plants have been placed, and I shall move from the soil the soot that would strangle, and un-mesh the dead branches from the root and bring freedom and light to our garden, in respect for this miracle, this Holy happening."


As he said this he began the clearing and was tugging at a muddy tangle, so doing he said, "Grandmother your voice is so sweet, I know now that God does truly love us, to hear you speak". And he turned to her and smiled. And she sang to him all day, and he was happy.