As we ease back into our armchair of comfortable thought and try to profess a longing for infinite wisdom - finite enough to be understood - and sit with T.V., dinner, magazine and footstool. . .

WHEN we look to those experiences that are most pleasurable in one’s lifestyle it is the familiar and the homely (as opposed to the passions, and the aspect of 'newness' invigorating). It is rather repetition and anticipation of repetition, when we settle down to welcome and enjoy some simple but pleasurable experience. 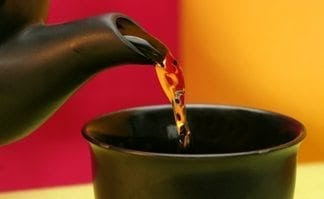 Some things we never seem to tire of. In point of fact they better with each and every day. We get used to the way that we prepare our own cup of tea, and we savor those favorite recipes within our own home life. Although the slippers are not outstandingly special, they are worn through and made more comfortable with time; and all that we treasure - those objects made special, that invoke such pleasure to be around - they too have their significance, in our happy, settled comforts.

There is of course, pleasure outside of this definition: pleasure, passionate pleasure, in which one indulges and extracts from some entirely new encounter. But this form of pleasure, the excited rather than the simple and the humble, is not of discussion today.

If we are to prepare ourselves for new experiences, and be open to new forms of thinking - and being for that matter - then are we to sever some of that pleasure which hitherto has come from familiarity; and if so, do we not feel pained by this loss?

One must remember that the beliefs of another are not simply philosophical perspective, objective and unexperienced. Firstly there are elements of truth to every idea (or else the idea itself should not exist) and there are small amounts or large amounts of value placed to each idea - and lastly, furthermore there is the association of man to his ideas, the bonding which holds them dear to him; those which are especially familiar and well known by him. So if we are to expect another to instantly sever themselves from the ideas which they have formerly held and experienced, then we are to understand that they are not merely ideas but concepts held precious, because of the pleasure brought about by their relationship now familiar. Therefore unless one is to upset a man entirely (and this is never advised), then one must look to building upon and enhancing a brother's concepts, rather than trying to wipe away or destroy their familiar base. And this can be done.

No matter how harsh the conditions were, one will find that one's original home town will be remembered with fondness and endearing recollection. A man may have departed for the most part of his life, but it is that of his youth which impresses him so. Those aspects which he came to know and love simply as a child, will remain and be remembered until the end of his days.

Because the experiences of simple pleasures do lead a man to greater affinities and pleasure thereby, it is not wise to wish that a man be in any way stripped from this experience, for he would surely become hateful and find criticism everywhere. There would be no loving or comforting face to greet him (in his perception) and no refuge of faith, warm or strong enough to hold him. So if we are to be frustrated that men do not forsake their ideas easily, we must respect if only from this point alone, the importance of their attitude and relationship to their dearest of ideas.

Conversely, if we are to engage in conversation and agree upon a point or two, then there will be pleasure from this affinity thus established- better at the outset, than trying to do so later on. For if a man has made up his mind that he shall lock the doors lest you disturb his patterns and regime, you yourself have hindered and blocked the possibility of relations.

Now returning to childhood reminiscences: Many of the impressions gained in childhood, those of great importance, are gained by all men without exception. This is because the child-view of the world is uncomplicated and unmuddled and fresh with spiritual insights. Therefore if a man in adulthood has appeared to have lost the wondrous notions and is taken up with fanciful abstractions, he shall have within his recall of experience much happy and pleasurable associations with nature, with affections, with first taste, with experience of expanse and expansion, with sweetness, with color, with wonder at height and wonder at smallness, with friendship, with touch (texture and warmth), with vitality (inner and outer), with excitement and with quiet, with the comfort of bedding, with the peace that comes before slumber, with his dreams before and after sleep, with his natural clairvoyance as a small babe, and so forth.

No matter how many unhappy experiences he may have suffered in childhood, or disappointments or dismays, he will still have had those founding experiences which will call to him way through into adulthood. It shall be precisely these experiences which shall speak to him again more clearly than later impressions of pleasurable acquaintance, invoked and retained. 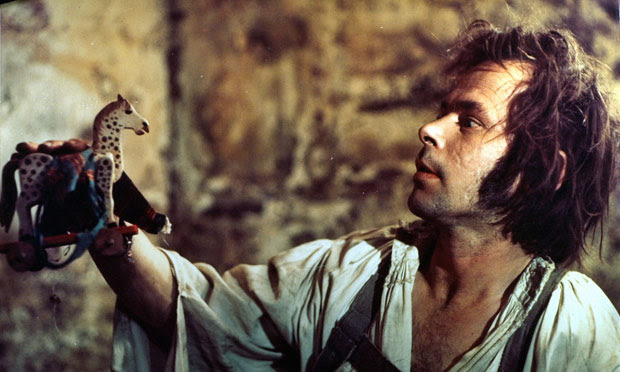 In the case of Herr Casper Hauser, we find that apart from all else which was removed from his upbringing, those first intrinsic foundations for experience were so kept from him entirely. Those who were responsible were decided that because he was without these encounters he should become most hateful and most evil when confronting the world as he did as an adult - barren and bereft of past joys, of past associations. Yet, there was the opposite. For here we had all the intensity of the years which he had spent in captivity, and a man who greeted the world as a child: caught up in immediate pleasure in his discovery, with no inkling of hate or of deception, with no enterprise, with no disgust for those who caused his concealment from the world.

It was no mistake that he was made experiment of in this way, for their part or as fate would have it. But their design became undone. For what was not realized was that the world and all of her creation is essentially good.
It was not, by the bye, because of political interests that he was so maltreated. This was a work of evil, conscious evil, on the part of devious and learned men who knew of certain esoteric implications. But because of all of their effort in unlawful intervention, effort was given to that poor child, to save him from insanity and pain - and he was not without help. It was not they who opened the door for him; but it was they who closed it.

Dishonesty between men blocks the affinities and pleasures therefrom. Therefore men who are dishonest or are in the company of such, shall find that they are immediately uncomfortable. Usually one is seeking out something from another, other than friendship.

Some might be questioning thus: Are we to only understand that which we find complementary to our knowledge and therefore be limited in our capacity to learn? It is possible to jump into 'unknown territory', as we may well be forced to do at given times; but usually it is because a man is provoked to do so, for he shall not easily or comfortably do this. Sanity rests on rhythm and credence; and that which forces 'rethinking' of that deemed permanent, is shocking and disruptive to sanity.

Of course, this is not to suggest that we must seek out the comfortable life and be entirely complacent as regards new thought. Yes the student may prepare for new knowledge, but he has no license to impinge upon another who is unwary and unused to the exercise. For it is a matter of strength, will, practice and openness; and yet an openness balanced by proper discernment.

When we have understood the mean of simple pleasure, we may actually stimulate the simple pleasure as drawn in from childhood discovery, and begin again to approach the world with those aspects of perception. But again it must be stressed, that this rests upon personal choice and direction, and cannot be enticed in another by someone who would take it upon themselves to interfere and intervene.

Passion shall awaken and stimulate a man into realms of experience which are new and inviting, but shall not last the distance, and recollections of such passion will be vague and without meaning. Passionate episodes help to move a man out from his routine of simple pleasures. There are those who do not willingly work or consciously change until there are circumstances in life which markedly change the familiar concepts they have settled into.

These great changes will bring pain, disharmony and disruption to the entire thinking process, for they are unprepared and do not understand that compensation is required, inner reckoning called upon, to meet with the 'new' situation at hand. It may be that the changes within their life are of loss, or even for a gain, and the way in which they adapt to such changes which cause great rethinking, will be dependent upon their former capacity for examining their thinking. Whilst obviously there can be no pleasure in suffering loss, there can be comfort in surviving it and renewing one's life.

Pleasures of habit and pleasures from childhood are to be seen, understood and examined- and not to be cast aside, but occasionally excused for a time that other experience may be incorporated and welcomed in our parcel of familiar acquisitions.

As the elderly tend to invoke more and more of past impressions and pleasure thereby, they are dismissing new experience, as they become less and less able to meet with it and take it into their hemisphere of thought and action. This is a sign of aging if done to excess, for it shall be as an unbroken circle of experience entered into, without escape. But once a man has come to this existence and his consciousness is in a dream condition, and his daily activity rests purely upon routine, then he shall be so until the end of his days. So it is wise to endeavor to keep a mind which is awake and open to new thought and new learning - granted that it will be founded upon a base of necessary and fond familiarity.

As we move from one world into the next, all that which was so homely and pleasurable shall dissolve and be replaced. But the pleasure that we have experienced shall remain with us, and we shall be drawn once again to previous realms of affinity that we have come to know.

Old friends and old places, for Heaven is not unfrequented but known by us. It is that knowing that we do welcome, and that knowing which implies that in one form or another it shall present again.
Posted by Bruce at Tuesday, November 17, 2009