The Ordination of Nature, & the Submission of Submission to the Divine

THE first glimpses of the fresh and erratic Christ Impulse came into the world through artistic endeavor, followed by the comedians, and then manifest in the priests. Beginning in the smallest of stirrings, moving from this one to that, hearkening inner ears and eyes to the imaginings of yet a greater Divine, this Impulse became now as second-nature to us all. 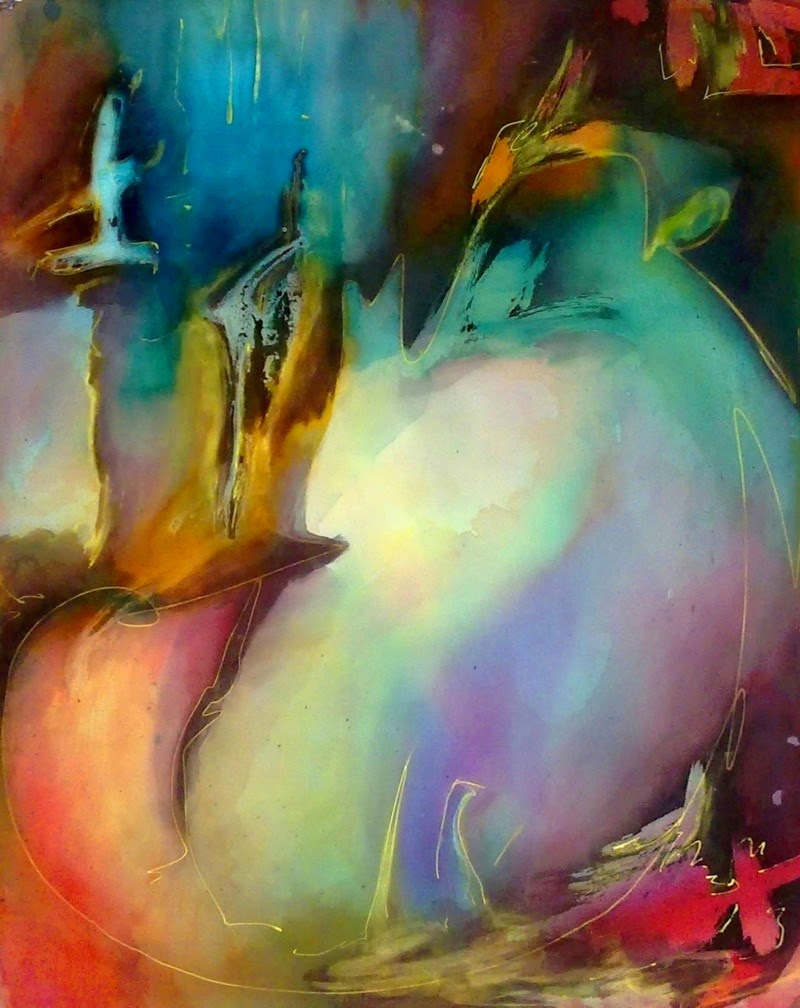 Then with swift aptitude and stern resolve came the great entitlement, whereupon every living creature (in Man and out of Man) became free. And so Freedom began with Art, Humor and then (mysteriously) within the true Priesthood; to become a given (a given-given).
'
No longer just a philosophy, this Freedom has relaxed into every couplet of being-

The Earth revolves,
To now resolve,
The mystery of the ethers.
The skies about,
Do laugh and shout,
Because they know it pleases!

For example: something we take for granted daily, the very freedom to think and question creatively, what does this mean for ourselves and the world that we are enabled thus? For those that read this passage there is a great experience and knowledge of this - we know the cranial excitement of not only new thought, but liberating thought; ideas which of themselves are so full of life we sense their concurrence with boundless aptitude.

Although we take this non-process for granted (our very ability to explore creative thought, to receive and even for ourselves to become co-creators also), although we are but partly conscious, the actual right and occurrence of this Freedom is won within us (all of us) now and forevermore. Whether or not recognized, formalized or homogenized, this Freedom is here to stay!

This is no mean celebration of paradoxical anarchy to perversity, to simply maintain the right to unravel the threads of supportive life and its base wisdoms. In coming to this notion of living Freedom respectfully, we come with a deeper and yet more innocent keynote, from the highest of souls… 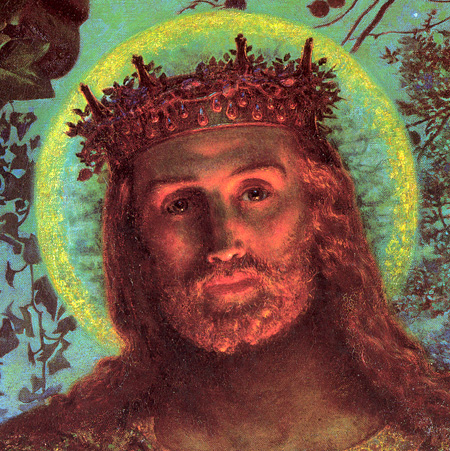 Here is a solid and interesting insightful truth, one of those huge truths, the kind that you might search the paragraphs for, and that is: as much as it has been said that the wars in Heaven do win victories here on Earth, more importantly at times it is this World of Christ itself that will change the routines of Heaven and resolve wars which were once given to be eternal repeaters.

If you can for just a time commit to this notion, then you may witness within a deep gravity of meaning here, that not only is Man circumspect to Nature the Lesser, but profoundly liable to Nature the Greater also.

Rephrased it goes like this: Christ cracked the code (so to speak), and furthermore from now on it is His. No usurper from small to large can control this key to the Freedom He has enabled.

From the Old Spheres, prior to this Freedom, Evility interrupted the opportunities of New Life. For Evility operates the deadlock, the stalemate; it lives in static and thrives in lifeless repetition. 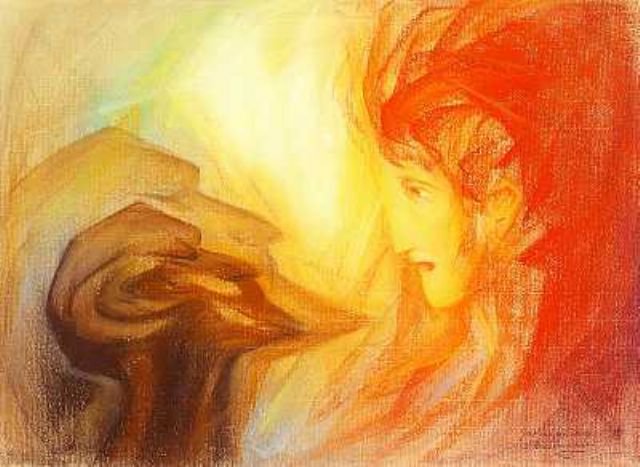 Evility up until now, has thwarted the higher impulses from greater realization through its legionary 'ghosts' - ghosts which secure themselves in amongst old memory. Although having outworn all proper usefulness, they endure to blanch the colors of all that are submitting around them.

All throughout, Evility has maintained its own rights way too loudly. Rights through past merit rather than present doing, are always the issue. Such rights are contended of course everywhere, we can look at global issues and realize that here also it is a difficult discernment - the rights which are 'right' but not right at the core, at the heart in the now. Always the same struggle: the 'rights' of the old world, as it would strangle the new in order to survive and sustain but itself only. Hardened and with only a self-fulfilling purpose, evility strains to keep itself in existence with a conscious determination to persist at all costs.

The claiming of prior rights began before land rights and before politicking, before spousal ownerships and parental controllings, before the papal tree and royal line, before tribe upon tribe protested their right to continue and remain past their due time. Once again, we can look to the leagues of spiritual beings that also stand in line requesting and demanding their rights.

Once upon a time all of these claims to prior existence and prior right, prior ownership and implied control, all of these definitive demands did have in some essence much cooperation from the supporting laws - the laws of the world, the laws of the Divine. Yet with all of this came in consequence a kind of sub-death - a deathliness below death itself, not even a fruitful death with hope of a resurrection, but rather a perpetual and ongoing death - when that which is truly to dissolve maintains to survive and negate the life around it by that persistence; a stifling compromise to what is real and expressive. A repetition of what was - and that is all.

This is important to know and to live, because as critical as it may sound there is a distinction to be made within ourselves continually that can assist us within the realms of our own spiritual battles tremendously.

Often the very sin we live with abides with us also because of these 'prior rights', and although it is not necessarily brought down to this alone, this is usually the argument for our putting up with their cohabitation in our residence of selfhood. How quickly we can disassociate from the aggravator when we simply disassociate from this concept of their having any holding rights upon our soul and ego also. Everything is affected with a freedom, our identity of what has become in us is released now with new meaning - especially if we do not feel obedient to what we were in the past.

Evility now can only ever distract us out from ourselves temporarily, or live an illusion of life which we can now at any time decide out from.

If you ever listen to a sin that has traveled long with a man, speak to him, it is often to maintain over and over again, just how faithful it has been for how long to this person (who should be grateful, it would also point out). The theme is longevity. It really does not come down to many good products of the moment, present or future. Sin does not ask the man to ask himself of this, or speak for himself either. Sin wants control, wants the 'I am' to be frozen (remember how sin has an attribute of being static) and returns time again to this theme of longevity. 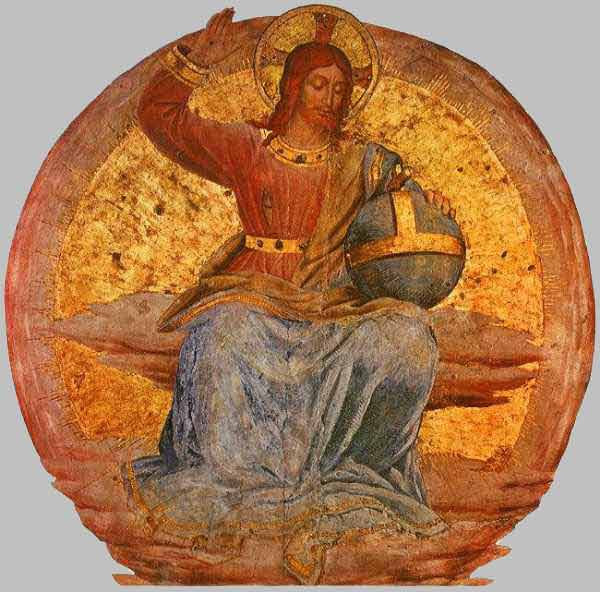 But were we not to break from this theme there could be no more experience gathered by changing races, for example, from incarnation to incarnation. And for too long, as is to be evidenced before this Christly Impulse, this is exactly what has happened. The results of course are disastrous for our beloved Humanity, who would have shared and learned great empathies with their racial brothers had they broken free from the constant of one racial tie that has now saturated their logic.

Evility sadly, had won its foothold within the greater Cosmos through this reasoning in the past, but now through the Impulse of Freedom, Christ has changed the perpetual innuendo so that it can no longer reign supremo.

Continuing anything simply for the sake of continuing is not in itself good enough reason for continuing, furthermore it is damaging to the unborn future ahead. Still the old guard cry "But why the need for change at all?" as they are fearful also that no good will come to replace it. Stagnant water or fresh? Is this truly a difficult discernment?

It began with the humblest of births - it truly did - not only the significant and living lesson to Man and a catalyst for change within all egos of Humankind, but also as an expedient to change in the higher Heavens as well. Not just a small event, nor a simple social comment. The fact that our beloved Christ is not identified as being Incarnate into the inherited position of entitlement was Evil's loss completely. Entitlement through prior right has now been dispensed to its respective place, and in the stead of this successor came a new way of being, releasing us all - once and for all! 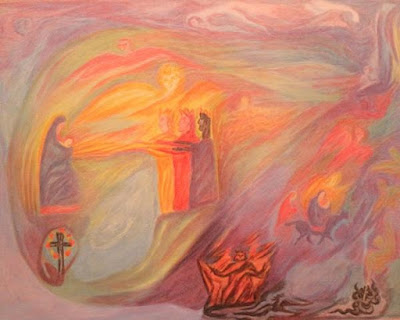