Dancing in the Ten Dark Worlds- some further comments

QUITE often when we propel into fear there is a bodily reaction and the fingers themselves may tingle. This is not only physical, but displaying a withdrawal of the forces in an immediate reaction, attempting to disincarnate from the situation itself.

Fluid at the extremities, arthritic deformities also, all can be reactions to fear which has caused an aggravation of its own. Even disorders of the nails can tell stories of fearful episodes.

Here is a very helpful exercise to calm the forces, should they excite in an obtuse manner:

We can recite the Lord's Prayer being mindful of the instruction regarding the station of each force as it conducts its way through each ending. If you take some time with this exercise there will be a relief out from the fear that inflicts you. It is surprisingly corrective simply to contemplate.

Our Father, who art in Heaven, hallowed be Thy Name,
(First finger, passive hand - Will of the Father.)

Thy Kingdom Come,
(Middle finger- The withdrawing powers to take us back to Heaven.)

Thy Will be done,
(The finger of obedience - third finger, passive hand.)

On Earth as it is in Heaven.
(Reverence, the power to surrender to God- little finger.)

Give us this day,
(First finger, egoic self consciousness of the present - active hand.)

Our daily bread,
(Containment of our strength and ego - middle finger.)

And forgive us our trespasses as we forgive those who trespass against us.
(Third finger, of strength - active hand.)

And lead us not into temptation,
(Sexuality - little finger.)

But deliver us from evil.
For Thine is the Kingdom,

The Power (left hand) and the Glory (right hand),
Forever and ever.
Amen

Here is the equation of the two hands in relation to the will, the higher will, the developing ego, the higher ego and the ego absolute.
Know this: The forces of the will when summoned for the purposes of one's own discipline/curtailing/action with love (i.e. giving, laboring, creating, equally engaging) purposefully and with the desire for overall betterment, these forces invoked in such a way will increase the strength of the individual's egoic velocity. When Christ meets the Father and the two wills are aligned well, all is well.

But if the forces of the will are invoked to overcome another will, to be matched and fought with, or if the greater will is tampered with by design (i.e. attempting to manipulate the Angelos) for self profiteering, self motivating, self orienteering, then, very abruptly, fear will result by consequence and immediately curtail the actions of this ego.

You see, being strong in oneself - in the development of ego, in the consciousness of the 'I', in the sense of awareness of self for need, want and differentiation, in egoic and creative possibility, in overall capability - this strength of higher character is passively defined.

Dictators crave order and exhibit the qualities of Christ that they perceive to be correct, but do not understand that one cannot impose harmony amongst others; one cannot require compliance in anything in life. You may personally work to achieve the best end, you may hope others will follow your example and you may pray that God's will be done. The dictator will suffer from enormous episodes of fear which will incapacitate him terribly until he stops directing his forces in the way that he does. Or in the worst of cases, if he chooses to purchase an artificial strength to bolster his ego (through demonic possession etc.) he will weaken his ego and risk permanent dissolution. This of course is rare thankfully, and this end is dissuaded largely by the very gifts fear brings in relation to the misspent forces we are studying.

One can see often the strong personality finding ways of reaching this 'harmony' and compliance amongst those around them by working hard to get them to submit agreeably, because on an intuitive level they know that if there is no clash of wills, if they are not caused to bear down on those that disagree, it will go easier on themselves, in relation to the nervine outcharge.

They may believe that they are trying to please people, however this is more or less a superficiality which sets up an overall picture which they have imposed of what is perfect. Randomness and other wills rarely are 'allowed' or tolerated, because
When crossed or upset within their own will, they cannot meet the challenge - they are inflexible - and often walk out or cease communication. The fears increase to such a level as well, that they are inflexible and rendering themselves incapable of dealing with any scenarios which hold reality other than their imagined 'harmonious' interchanges.
This is one of the main reasons that we may go to the table grace and pray:

That which I do take for myself, unto myself,
That which does sustain me:
Be it filled with the fire from the Twelve,
And so divinely imbued,
That I may tolerate life, and life shall tolerate me.

Toleration suggests a perfect tension between the participants of life's expression. We cannot dutifully ask for more. There would be little point asking for almost enough toleration. If this was in nature, that we only realized an almost enough toleration, the combined effect would become the ruin of all. Conversely we cannot ask for more toleration. Once reached in a balanced exchange it cannot be improved upon. Perfect tolerance is perfect tolerance. It does not favor one against the other. Do you begin to see? 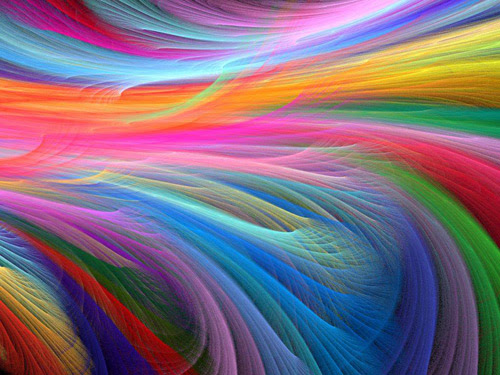 Fixing ourselves within the picture of Creation in our attitudes, needs be respectful to all other beings within the design. This is our first position and it is important to the heavenly graces that we adopt this aspect within our own nature. Out from such respect it becomes unconscionable to try to exert one's will over another. If another person seriously does not want to do something, then it is a matter of the highest law that we should not require them to do it. Christ does not make Man submissive; Father God does not either. Men have not the license to even conspire in any way to do this, and if one does mentally, willfully, psychically, physically impose themselves, then the inflicted may react back as they see worthy of deflecting the force thus directed at them.

A man who is genuinely strong within himself may attempt to 'become Christ' within his egoic activity and go further than He might - extending himself to affect others with his will, and become weak and cowardly in contrast to his true nature overnight. The exertion of will does not even need to be sinister for this to occur. This is why we mentioned the very saint becoming inflicted also with this grievance.

The moral man would have all others the same - this is understandable. He may well exert his will out into the world, out into religious spheres of others in conversation, over family - and sadly and especially, where there are employees to overcharge and regulate … All of this beckons an action of will whereby the one individual may well go up against another in direct contest, and his intention will be to win over the other/s and set 'rest' or harmony or order to the situation. Whether this man is poorly motivated or morally moved, the consequences of the fear coming down upon the ego in retrograde force will apply, and he will be temporarily crippled in his will by this action. 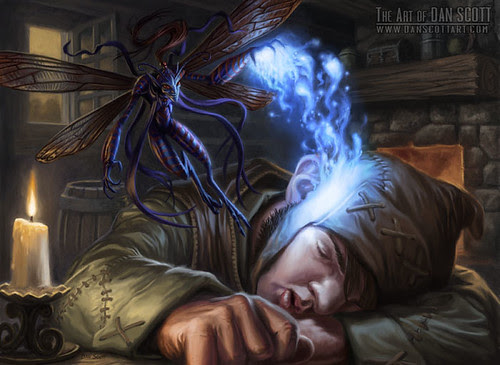 It becomes more important than ever, as we go on to develop our Christ-given strength of the 'I' and be given its commensurate power of will that goes with it, to practice a drawing back into our passive powers when it comes to the conflicts beyond ourselves. We can observe, discern and decide what is good and what is not. We then must take responsibility for ourselves alone and our involvements there.

Where do we want to be? Who do we want to be? What do we expect from others? Are we motivated by fears that are so close to us, that we have borne for so very long, that we now think of them as part of ourselves and shrug off as some distinct trait of our own nature? They are not. But they are shared by all. 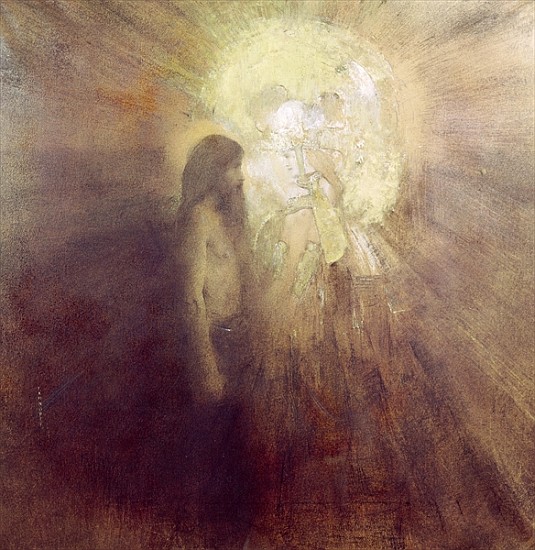 All of these fears mentioned above in the retrograde grava, are short-lived and inspired by the willing in the present. They are not in any way permanent fixtures (or fissures) afflicting our being, our personality or our consciousness.

Working with the Lord's Prayer in a way which is mindful of the forces as described above, will alleviate the past problems as quickly as is done. Then the work on the willing day-to-day begins. This too is remarkably easy. For - now wait for it -
where there's a will, there's a way!!!!