THE veils of consciousness are alike to the frozen skin which sits atop a river or pond in the early freeze.


How should we continue to teach if we held to the view that men are insufferably stupid and without our reach? We must correct ourselves for ill-placed vanity and remind ourselves of all possibilities, and that the task is to find a way through to the hearts of our sleeping brothers.


Dismay is never warranted, for there is no possible use for disquiet and subsequent fatiguing thought. Remember also that men change remarkably from lifetime to lifetime, and one cannot gauge their magnitude of qualities by those active/inactive in the present.


What one can assess however, is their level of corruption, how weak their will, how bent their fork, so to speak, and the overall direction they are heading. Nonetheless, it would take a very gifted seer to determine an accurate judgment of this; either that or the Heart of God, which is ever hopeful and intent upon redemption.

We must offer our brothers and sisters the same patience as we ask of for ourselves. We must remonstrate all good work, and if we say "do as I do", we must do well.


How often we are motivated today by intense pledges we have been brought to in the very distant past. For it is that men may have such great concerns coupled with a true understanding of purpose, that they will be driven similarly again and again, lifetime after lifetime, true to the original pledge of endeavor. The potency of pledges is such, because it is the beginning skill of Man the Conjurer. Conjurer, not as in trickster - no, no, no - but conjurer as in: he would create outer circumstance by skilful, directed, imaginative design. 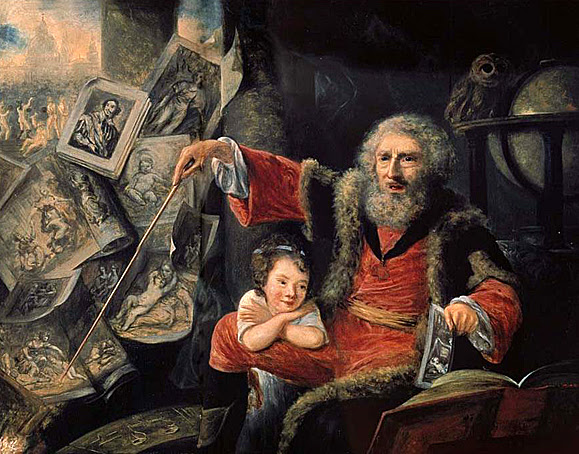 Now it can be, that we wish to effect a marked change upon the world, all for the good of Man; whilst also the will itself may be frustrated, because the intention has not witnessed total fruition. Here comes the important part: if our intention is pooled with those of great men who have held similar and equal hopes, desires and pledges, and also that they are in line with being useful to Humanity, then we are actually attributed a measure of enhancement to our otherwise flagging will. If on the other hand, we pledge to do ill in the world and depart the fleshy threshold with dissatisfaction in the sense of not having done enough mischief, then a remarkable and opposite effect applies.


There is a rule that Men shall never truly be satisfied. That is to say, that they may indeed become content with this state of affairs, however there is a germ within the kernel of future experience which provokes a man to ever go seeking improvement.


Now, if he has ventured down the mischievous path he will still seek betterment, even if it is to become a better devil. In point of fact they tend to be the most conceited folk of all, competitive, assertive, trying to prove themselves remarkable. . . and yet from lifetime to lifetime, in the case of the 'fallen into ill' soul, his will shall go wanting and eventually expire - partly because of the very nature of the activity he becomes a part of, and basically because the will requires supplication when it is frustrated. It will receive such supplication from the ghosts of former hopes and good intentions - it shall be offered nil by comrades in devilry.


So it is that eventually the ill-minded do not advance far, but are wasted away from the arena of human affairs. If you would like to take the time to journey quietly inward, you can well 'feel' the glowing promises of passionate men who have loved so completely - you may sense the gravity, the earnestness, the pity known, the inspired hope, and the community of Magi who work to change the world.


Most men are content to muddle their way in and out of simple needs. But once they have happened upon that bonfire first lit by the Lords of Compassion, they are nevermore the same. For once a man has issued the words: "I wish to help", and has the accompanying motivation to do so, he shall concurrently be frustrated, and strengthened ever after. He shall also become more capable of effecting remarkable 'good' in his immediate circumstance - providing that the will is in line with such 'good' intentions, truly good intentions.

The greater mean in determining this is empathy: subsequent sympathy born from experience. Therefore a man shall be stimulated to pity by his own contrast of experiences. Then he does wish to provide for his fellow brothers better conditions, happier times, and release from certain hell.


We can never cultivate our compassionate drive to effect better change within the world enough. For this is the inclination and the way for all students who would one day become learned teachers. For whom do they teach? Would they teach only for themselves and the title? Of course not. Therefore the making of a good teacher is one who loves to teach. And the teacher must have great and grand consideration for his beloved pupil, or what use the teacher?

By definition also a good teacher has no self-interest either. His motivation is primarily selfless, with no payment, no manipulation, no vampirism and no distinction. That the ego of the teacher is not bound to the failure or progression of the student/s. He does however, accept all responsibility for the karma of that which he has made accessible, and been used by said student. In this respect there is little to be gained!

We do what we do, because it infills us with joy to do so, and because of pledges so pronounced back in the early ethers of a former world - a time when greater souls breathed inspiration, right before our glowing faces - eye to eye, they communicated visions of what could be.


The majesty of men does not exactly relate to how tall their buildings, or even their struggles throughout adversity, but rather to the refinement of being, which may conduct itself in all realms, taking to each place resonances from High Heaven itself - those qualities made active and expressed, which stream from emanations from the highest order. It is remarkable that men can and do develop such wondrous impulses:

We do not take the opinion that Humanity is an ill-fated experiment for the case of freewill, but rather that Men hold the keys to cosmic ability - already proven - and there shall be degrees of accomplishment, degrees of advancement.


If we can believe in the goodness and remarkableness of Men, then we may fix a goal for the constant revelation of such. It is a belief also that 'God does not waste His time' and that there is good purpose to the plan which is Man… and it is for Men to realize it.
Posted by Bruce at Friday, February 12, 2010