Life goes on, and round and round,
Inside out, and up and down.


The people climb, they slip and slide,
Upon the ice they skip and glide.


We move to and fro, around we go,
Out from the world, and into the Know!
Knowing this and knowing that,
One hat, two hat, three hat, Fohat.


The scales do summon, the music plays,
Out from the night and into the day,
We skip and slide, we cross the night,
We jump the cliff and into flight! 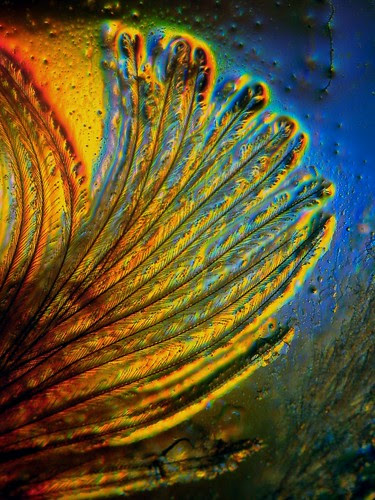 TO be completely comprehensive, untouched and untampered-with and natural to its own, is the mark of a genuine article. "Genuineness" is a concept which needs be defined to be looked for; and the importance of there being intrinsic value to genuineness rather than second best or derivatives three, four and so on - removed with synthetic overlay. When the would-be prince set out to return with a feather from the Phoenix, it should not have sufficed for him to have fetched it merely from a seagull and painted the plumage red, green and blue. It simply would not have completed the story or the task well at all. Many a grail has been recovered and honored, and interestingly enough, they were all crafted in metals!

There are many who would deceive and many who would eagerly welcome such deception. But do we seek for convenient results or do we seek to find something truly worthy of a wonderful find? We must ask this of ourselves and ask it honestly.

Men have most powerful imaginations which presently are mostly underused. The imaginative powers are not only conjective, but productive and may of their own creating skills preclude forthcoming eventualities. Man may summon many images and designs before his inner mind, and will one day be so definite and practiced in this, that he may command all physical form in the immediate (within reason- forgive the pun), as he does after death.

Here we come to an interesting philosophical point. For when we go further and discover the motivating cognating elements which comprise the imagination, one can argue that the creativeness is born from fantasy, which is anything but real. It then appears contradictory to suggest that one must perfect the visions and gauge 'genuineness' that we might be more potent in the calling forth of such imagery, and therefore reality.
But it is certainly within one's power presently to pre-empt an action with an initial thought to do so, before carrying out the then existing motions of actuality. This we can understand, e.g. I may think to myself that I should like to make a cup of tea, and may then go on to carry out the task. The desire prompts the thinking, the thinking inspires the activity to follow. None of the above may be classed as fantasy. It is acceptable to plan. The conditions of success rely on the aspects of knowing how to make a cup of tea, what is required and what the tea should look like, taste like and so forth, that I may work properly and thoroughly to produce it.

Imagination is no different in man. The essential rudiments are not in any way made of pure fantasy. It is that we are ill-defined for end results, for perfect visions, that we may confuse our confusion with rudimentary ability. Therefore, if it is put forth that one must understand the 'genuineness' before one may work the imagination thoroughly, it is not contradictory to say so. 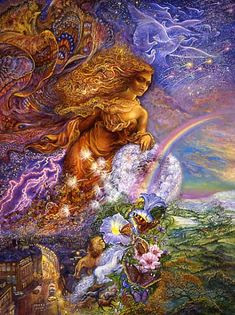 If one believes that the imagination works from creative conflicts that have no true substance, that are rooted in madness, then the notion appears contradictory. Except to say that if one does believe that the imagination is so undependable and so ridiculous, then one could still go by the theory of perfecting genuine visions, for they should be no more ridiculous than anything else also envisioned. The follow on argument could be that seeking out perfected visions may become restrictive and therefore not imaginative, however one would have to exercise the imagination to come close, and such exercise would imply anything but sclerosis of the powers.

Imaginative cognition requires two elements. Firstly it is brought into play when the man governs the calling forth of thoughts, rather than responding to his immediate environment. Rather than answering and responding to exterial subjections (even mathematical equations), he has divorced himself from necessity and withdrawn into an inner chamber protected from such demands. 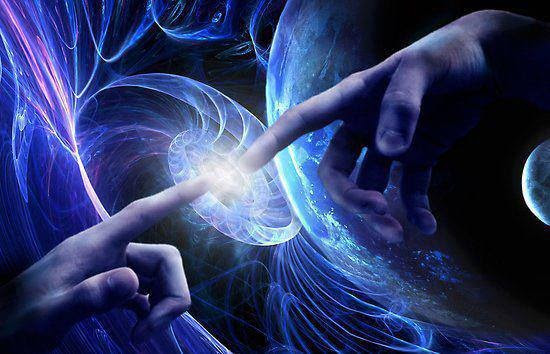 Secondly the man must know that which he seeks out in the higher realms, to which in thought, he withdraws to; and decipher accordingly. There is a bridge laid from which he may travel, from inner reality to outer world. This is a very complicated and busy process. In order to fire the cognitive powers of the imagination he must identify that which he seeks to call forth. The more aligned the initial vision is with cosmic reality, with spiritual base and spiritual certainty, the more he shall recover and return with consciously.

One might ask at this point - but how does he know what to search for if he does not know in the first place? The point is that he is to be both 'open' to genuineness and choosy for genuineness. To be mindful at first, consciously mindful, is the first key to this practice.

One cannot arrive logically at a complete soul picture of spiritual teachings. Logic works well, on a single flat-planed grid, and is fine on that plane to which it relates to. Even though the teachings should and do comply with all logic, they also go beyond worldly logic, as must do; and it requires imaginative cognition to begin to comprehend the spiritual natures of spiritual applications.

One cannot therefore, try to convince anyone of anything. It is the same as one trying to educate the computer, who is a master logician, at such teachings. By way of logic we may formulate and speculate, and project more formulae - and this is commendable and exceedingly needy. But logic must necessarily be governed by higher instincts and higher wisdom for the logic itself to become valuable.

Logic rests on certain realities. Logic defines those realities. It says something is what it is. It also speaks of accuracy and predetermining. The logician works on the basis that all formula will remain the same and therefore all outcome will do also. But he cannot account for larger formulas that he may not incorporate, for they are unknown to him.

Furthermore, Creation works by way of laws - and here is another interesting philosophical point: which came first, the law or Creation? Creation, by nature, is anything but predictable.

It is precisely the balance between the two, the harmony which coincides, which gives license to both; that there are higher determinations predicating the manifestation of lower extensions of such impulses, of both law and Creation.

Therefore it is incorrect to perceive all of that within the world as mere chance offspring or self-enclosing formula - and the visions which reach into higher spheres are necessary to truly begin to examine our reality,
When we begin to work the imagination we do not pluck nonsense from accumulated banks of impressionable knowledge. We endeavor to enter into realms above the immediate by means of a higher door. If we reach into our imagination and seek nonsense, then we shall produce some recollection of such. If we task ourselves to find some genuine reality, which at present we are consciously divorced from but is true and correct, then we begin to establish a relationship between ourselves and the imaginative/cognitive reasoning.

It is as though a man does swell and become much larger, in that, the field of auric vitality and activity, when he endeavors to strengthen his imaginative comprehension. The peripheries enlarge. The span of consciousness widens, but it is entirely dangerous when artificially induced and rapidly propelled, for there are conditions whereby a man who has not the practice of will, of daily connection, of exercise, may jump headfirst into a headless practice of imagination. If one is to be drugged or 'lit up' like a shopping mall Christmas tree; charged with the vitality from outer sources all at once, one enters into the imaginative realms seeking nothing in particular. The question of 'genuineness' is not even made account of. 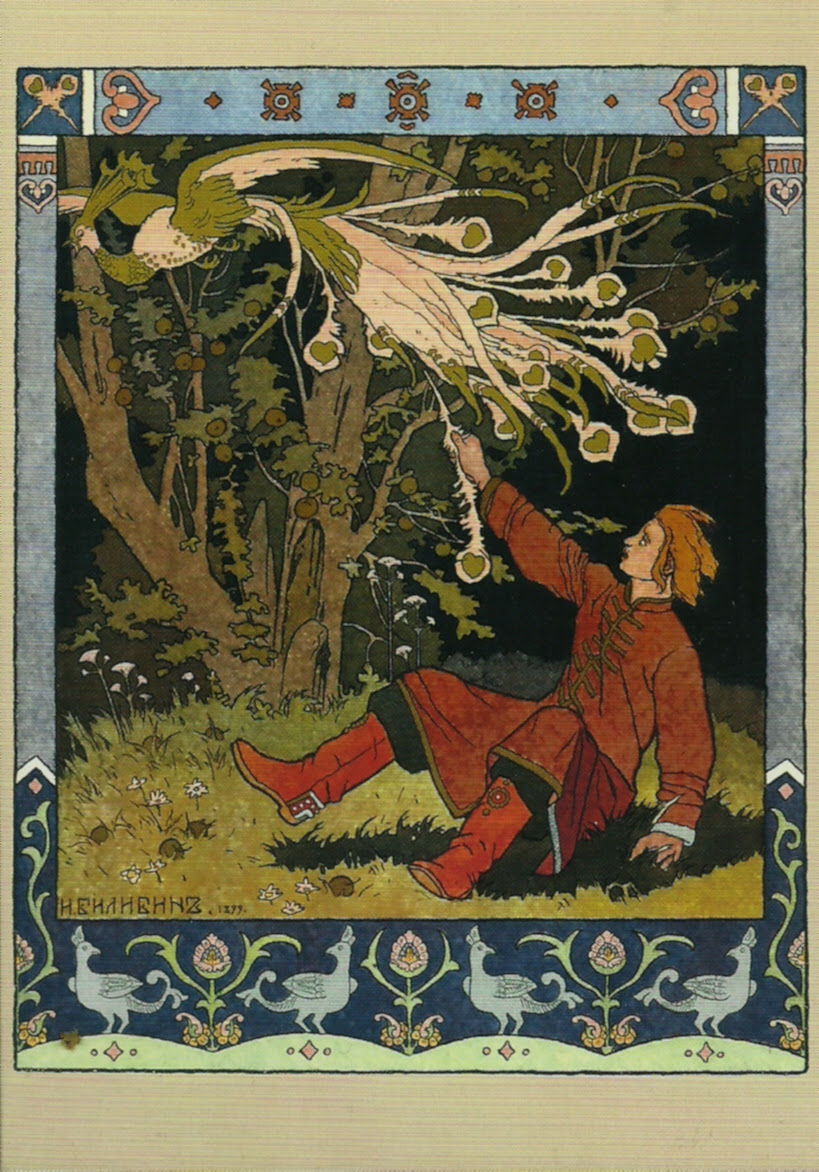 After such experience there is a greater shaft between the consciousness of that individual's reality and imagination than ever before - because there is no bridge; because the overwhelming experience has no foundation or relation which translates back into the daily experience. He is not enriched, but bereft. There is no determination of will, for this is forfeit in the acute, overwhelming, indulgent experience. Enhancement in this way, of exaggerated swelling, is dangerous to one's mental stability and dangerous also to that of the psyche. It is as with a stomach quite empty, being loaded with ten times more than it can contain. It cannot be digested. The vitality must expend the vessel; the vessel inflates with such rushes of force, undirected. Therefore, those who seek fast and furious experience of this nature must be wary to the concerns of forfeiting general health and mental capacity.

It is a question of plucking the feather from the Phoenix and returning without being burnt.
Posted by Bruce at Saturday, November 14, 2009