THE model for our best selves lives beside us, nemesis to our fault filled Double; and this conscript of conscience knows only the righteous response in every distinction.

There are aspects to a man or woman that are not soft or compliable. Gentleness and understanding are not key words to our Double's double, for in absolute mirror to all wrongdoing, this character animate is fixed in response; almost, as it were, the rarefied Double of the future, contesting the one of the present in all of his mean mishap.


From time to time you will meet with sensationally judgmental people who demonstrate the jurisprudence of this ambassador for all things right. If you listen to them in their stern affirmations of goodness, you might begin to see a glimmer of the way in which our Double's double maintains and deliberates.

It has been said before that all karmic rebound a man ensues, is instigated by his own inner (and outer) workings, rather than being an external law which is impersonal to his longings. Karma is indeed kind. When individuals suffer the learnings of their self-made karma, as sad as it temporarily is, there are great virtues bestowed upon them, reparatory to their hardship.

Appearances in the very short term may alarmingly seem as perilous as a world without sun, but each man, woman and child is much stronger than we anticipate, and never truly fails to perpetually resurrect, enspirited, enlivened and stronger, along their own evolutionary pathways they travel.

And every human being (including a Master) errs throughout their lives, with judgments and actions being less than our 'better self' would have; regardless of these choices being 'doubly' bad or destructive in some way, but just by the very demerit of them not actually being good enough. And what we find is that not only does our Double's Double (who we could affectionately call now "Mr. Triple") moderate what the heart already knows between the tensions of the outer circumstance, but it also has a voice in determining that of our own karmic rebound following shortly after.

Yes, like the schoolmaster who keeps the class back because of their misdemeanors, like the avant-garde educator that dismisses the action with a fine or a penance, Mr. Triple has both the deciding and the consequence within his means.

Knowing wrong from right is actually not that difficult. Understanding wrong from right within given situations can be a little more complicated. However we all sense that we are called to be perfect at all times, whether or not we comply. And with that sense there is also the modicum of possibility, i.e. that we can in fact be perfect, that it is attainable.

Further to this we now have the distinction from Christ brought before us as well - that of love. We mention this because it is vital to understanding the differences between 'right' behavior and right itself.

Hitherto there were many lifetimes in which an individual would be cautioned by the remonstrations of Mr. Triple and abide them wholeheartedly. As said before, there are elements especially to correct behavior, that are uncomplicated and even a comfort to uphold. We have had those lifetimes where we have all been 'model' citizens and enacted only what we should have and should do without a selfish thought to ourselves, without taking what is not ours to take, without speaking (nay demanding) out of turn, without criminal intent or cold dismissal.

These lifetimes brought to us an innate strength that now feels the weight of Mr. Triple all the more. It was not so much a compliance but an ability to navigate the errors put before us and come out clean every time. Pure hearts and minds are blessed indeed. With such a nature you can travel just about anywhere universally and become accepted. 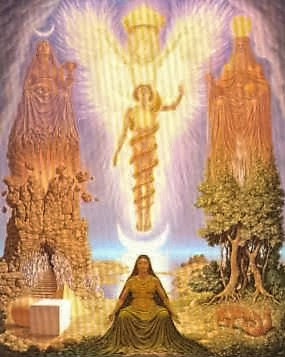 However, it has only been a relatively short time now whereupon the egoic development of Mankind in general, has accelerated in such a way as to endeavor to consciously learn and understand more that it has ever before. It is one thing to do right because you inherently know it is right - or at the very least not wrong - but it is another level of understanding to be able to comprehend why.

Western intelligence of course would not agree with that, for it is usually bethought that thinking always precedes knowing. But it does not - remarkably, it never has. At times it does appear so however.

There is a phenomenon whereby our clear thinking can be inhibited by our thoughts revisiting certain situations where we have done wrong. This might be a very small embarrassment, to a moral detention - it could be flashbacks suffered by a soldier or as simple as just a civil regret. Once again, we all know the experience of our recall returning over and over again to something we wish we had not done or said, and experiencing a worsening of the grief for that which we have been party to, without resolution, without cessation, without an end to wishing otherwise. 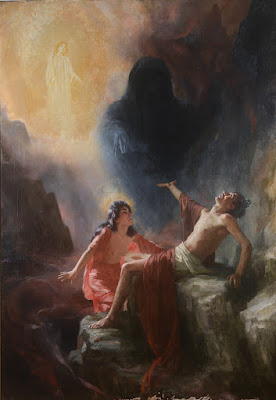 And when our wills rise up to meet with such a memory, they feel stifled, abandoned and inadequate. For something the will cannot do is act retrogressively. It is just like us trying to put fire back into the burning log with our bare hands - it hurts and it does not work.

Not one thing demoralizes a man more than this experience. To understand this of many, is to experience sympathy for such difficulties. It can render the strongest man a cripple. It can prove more power to the Devil than any other human condition. When the will is in retrograde, the individual becomes paralyzed in day to day combinings.

We say this because some folk hold onto their regrets quite consciously, whilst others impose such disappointments on others. Neither mindset nor behavior is helpful to anyone. 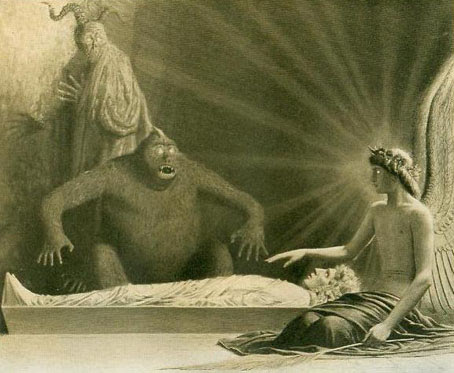 If we can know of our Double's existence - i.e. that it is enough to be a reminder of that which we have done that needs be corrected - whilst at the same time know of Mr. Triple, who of himself will take care of the ensuing karma and constant directioning - then it is enough to have faith that between those two the heart will judge best and not be required to constantly self reprobate or demean what is to be, simply by what was undone.

To be stalked by such thoughts of self-failure often is most apparent in the men and women who do not concede their own ill behavior to others. These ghosts of reproof are ever before their mind's eye, whilst their will continues to work backwards, realizing them to be ineffectual in the present, and equally as handicapped in the past for remaking history. They might even fantasize on differing outcomes historically - to rewrite with their imagination what their will cannot in truth create, but this just compounds the grief and accusation all the more.

We are strong enough beings to put an end to unfruitful conjecture and self-condemnation. We really can work consciously to remind ourselves when we are visited by such impulses to self deprecate, that it is merely unproductive nonsense that is confounding our wills in the present work at hand. Forgiveness is a splendid word, and it really does imply putting an end to a cycle to begin anew. 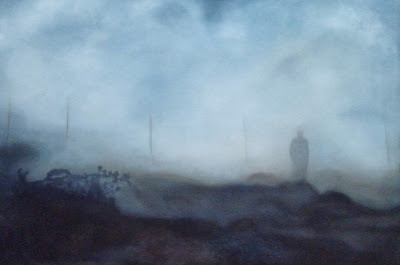 Forgive others their inadequacies, forgive yourself yours. Know that you will very possibly err in the future, and pray hard that it won't be with such error that causes inconsolable regret. Pray for those who labor with their sadnesses amassed, that they come to know the lightness of their spirit and the smiling face of God upon their being. And know also that you are forever and a day, in good and great company. 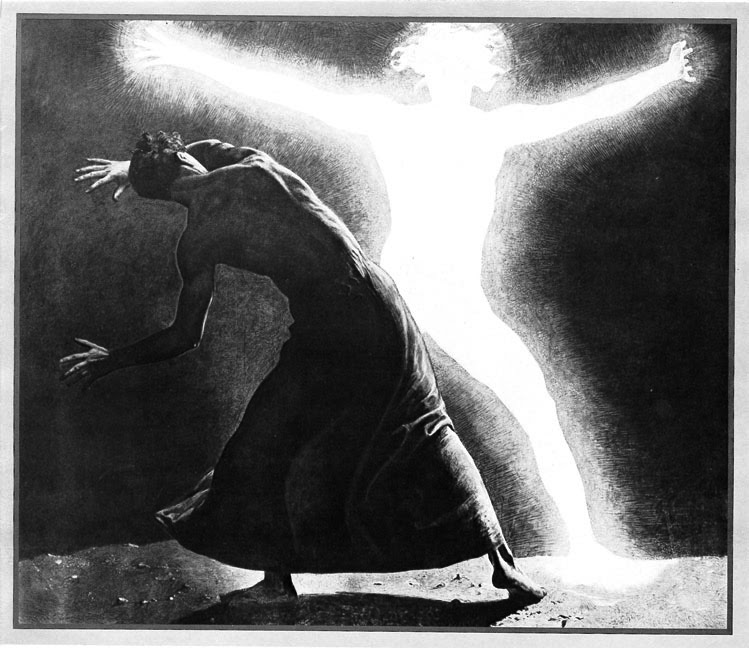