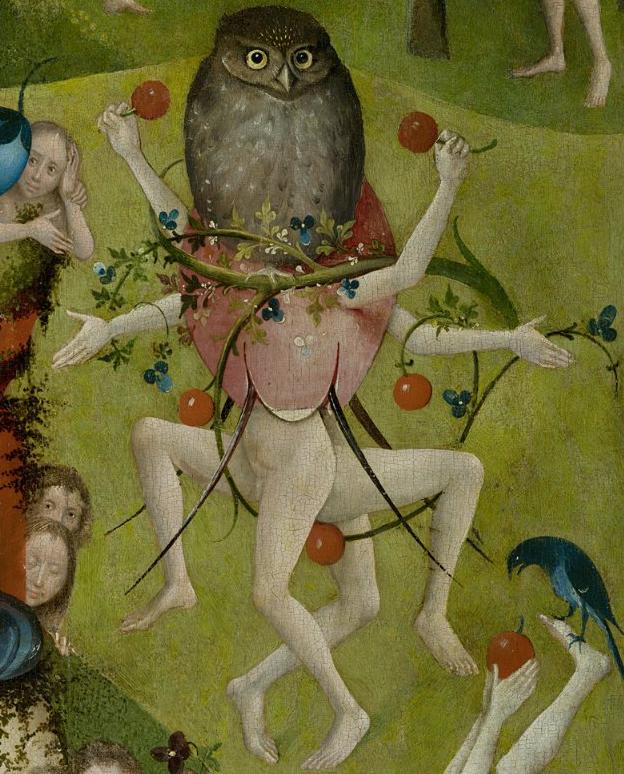 IN more complex times buffoonery was a form of wizardry; for the more clever with a working intelligence a being or a man is, the harder it can be to be laughable, and furthermore, worth laughing at.

The reason why so many comics have ceased their own life, is that their intelligence itself had begun to work against them; and the conflict of tensions became too great. For it is possible to be seriously funny or intelligently humorous, but it is also possible to slip into those humors that degrade oneself and are therefore are as a poison to the self with every exhibit.

We are therefore cautioned as to the humor we choose. Equally, it is deleterious to make merry of another, whether in slapstick or cunning, because those circumstances are weighed by the soul in the contemplation, and brought before us very readily when exhumed.

Mirth from the gods actually brings 'fruit' of a kind. It generates life, through the energy expelled - it is the way much is brought to manifestation. Yes, through mirth. And this is a happy thought: that life can begin with a chuckle. However, we can study and review our own set of cheers and what it is that invokes the life within us in a laugh; and some forms of humor are very similar to watching a mouse scuttle backwards and forth in a confined space. What is meant by this is, there is a thought visited that goes in one direction, but with the laughing point is sent back to be revisited in a different way....but then, because there is no real wisdom in that initial enterprise, the thinking can only travel so far when it is destined to yet turn back on itself for more clues. This is the kind of befuddling humor that is born of nonsense.

Another variation of humor, is when we can catch a glimpse of our own selves in something or someone that we had not openly recognized before. This is a 'freeing' kind of humor, where the mouse is let from the confines. It means that up until that moment there has been an inner tension of something not seen, not realized, and then in by being brought to clarity, it ceases to turn upon its cage and escapes. We all know this form of laughter, it feels as though a burden is gone, the chest is cleared and so forth.

Often our difficulty is externalized and it appears we are laughing at another, but nonetheless the story of it goes inward, and is quite meaningful to us in that recognizing.

Yet another form of humor is the vaporous variety. This is when the mouse dies of defeat. It is pathos without the resurrection or hope at the end. It is not 'black' humor, but more sordid again because it is derelict to self to maintain it. If someone laughs at your person or your behavior, and they do it in an uncommon way specific to you and to malediction, this laughter from both them and from your own self-denial, is painfully derisive. It is injurious and expires the self. On some level there are folk who know of the potency of this 'humor', and exercise their negative willfulness in ways which perform this dereliction. It bears not a happy outcome.

Furthermore there is the laughter of learning - the "I've got it" when the mouse gets the cheese grain (and then flies out of the enclosure with a magic umbrella) - you got it ☺. Yes, this is a form of mirth, and it is the very scrap beginning of what it is that the gods pass between them in lively digest.... and then what passes back out from us unto they who deliver it. 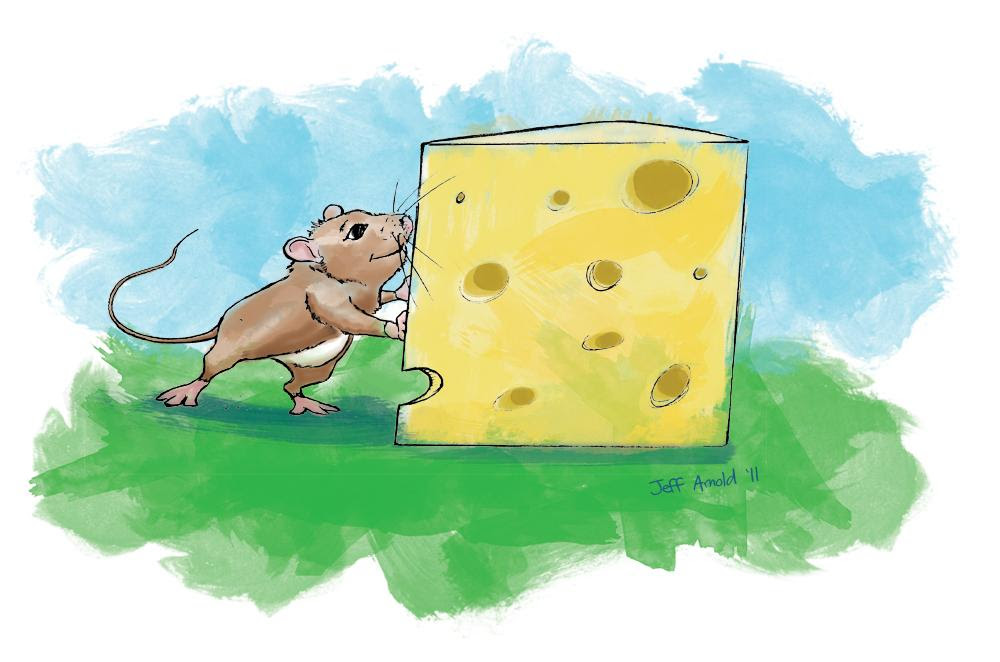 Picture if you will our working intelligence, being solid ground beneath us, then the imaginations being the ethers directly around and above us. Then picture also beside us a great tree. Its roots go directly into the standing ground of our own thought and knowledge. Its trunk is beside us. And very high (almost in the clouds), are branches that have the golden fruit above us. The fruit is too high to reach from where we are standing, but it is there nonetheless. 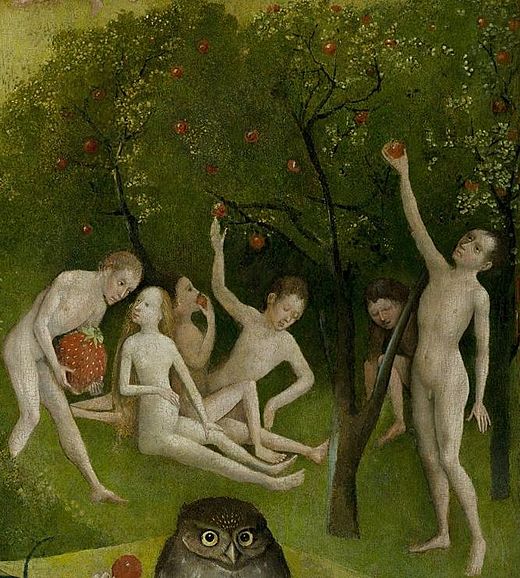 Beside these fruits are the most wondrous blossoms. They are fragrant and have pods that open and expire delicious and heavenly scents. They make you want to try the fruit that is so out of reach. They open with a pop, and tiny droplets of vapor are coming all around you. These vapors alone could probably sustain and nourish you.

The extract of the blossom for a short time, congeals with the atmosphere of the imagination surrounding you. And for a short while, this atmosphere in the immediate proximity is quite plastic to your thought and your wanting.

"I want a ladder so that I might reach that fruit" you think to yourself. And there in the ethers a ladder begins to form - and lo! it takes on a solid form - not only does it appear solid, it is solid. And so you climb. I want a bird to carry me up - and lo! a giant swan appears and you straddle its muscular back between its feathered shoulders....

I want a balloon that will take me up higher....or shoes with springs beneath them. Or levity, for my now weightless being - lift me up!

And for a time the imaginationary substance is so enlivened, it is plastic to this wondering and request, and we are enabled to rise to the level of the fruit and bring it down.

The fruit once held, expires the blossom's power.... and as it is hungrily gobbled down, both the knowledge and the applicant are transformed - the tree is a little stronger, and the man (you) a little wiser.

The one thing which is entirely wrong with this analogy, is that it appears that knowledge and the gaining of it is a singular event and a sole experience, which does not require interaction from others in the making. It is only so said as an attempt to describe the action of the working imagination and its relation to reason and future knowledge.

It is to say, that we begin with a body of conscious reckoning and are moved to leave that platform temporarily in order to gain what has attracted us to do so. The means of that enablement occurs in the intermingling of the surrounding imagination and the knowledge therein combining.

Now, humor is the physical manifestation of this event of the combining - between the imagination and the expirations of unrealized knowledge. The knowledge pre-existed, and in many forms:


However, when imagination meets the rarefied emanation of a truth, there is humor.

The transitory substance that can be built into a balloon, a bird, or whatever it takes to get you to that truth-fruit, is the semi-permeable, palpable and maker of the then obvious. Humor is the congealed imagination - powered by the desire to know more.

It is fancy (such as the temporary 'spring shoes' etc.), but it is succinct to that it is meant for. It is capable and effective, even though its own substance is temporary and immaterial. It is more substantial than the ethers of the imagination alone because it has combined with a very exacting substance of truth in fruit.

And as you ponder the mixes of these words you might be bemused in the reckoning.

If you are simply annoyed it will go no further, book is closed and all chance of following through to the truth is stopped. If you are vague and confused your bird might but be a sparrow and your springs too small to be uplifting.

But if you are merry and your imagination is fired by a healthy amusement (a-muse-meant) then you are uplifted by this muse with cheerful enterprise. 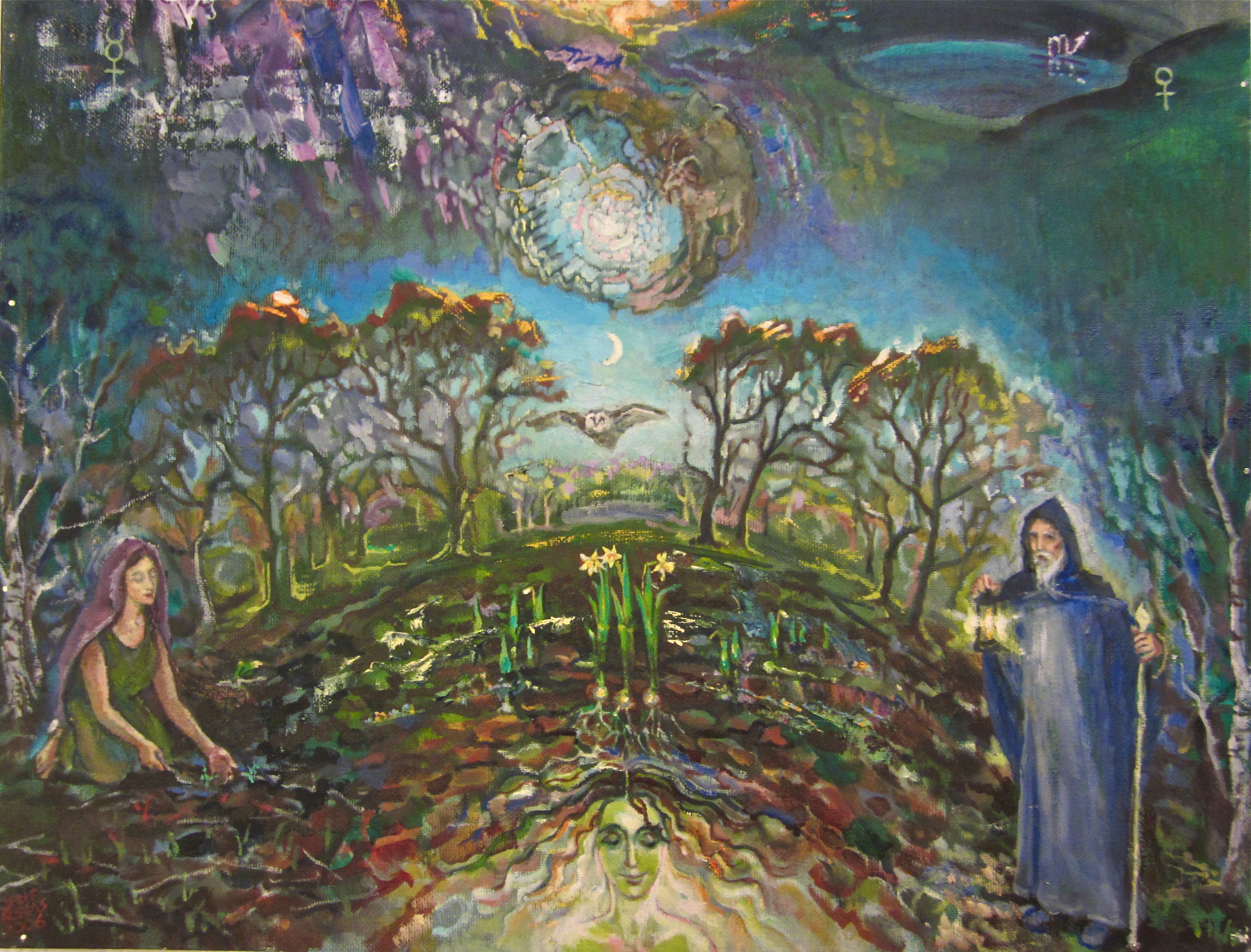