AT present we can perceive preliminary luminaries only. The phosphorescent lamps, as we know them, present by clusters, juxtaposing several known realities - whilst also are as mere fuses, for many more besides.

As perception will alter (and it will alter) the orbs and their levels of radiances shall reveal such gamma lights as are creatively imbued. That is to say, shafts of discharging, diffused radiance, shall reveal such images as do live in that light, to the viewer - much like a movie projection on the beam.

These images play out events caught within the memory of the sphere at hand, which whatever its status, has memories peculiar to various expressions of life it knows. These emanations of memory are but play-offs, drawn out from the entity that is intermingling with the effects of the greater Sun and his influence upon it.

The cosmic fields are full - verily Heaven is unique in having so many chambers and pastures to encounter. We may scoff as we project our thought into a seemingly vacant sky; we may even be offended to believe that we have been cheated of self-recognition in other worlds. However, the imagination is kind, for it shall provide enough measure of insight should we truly desire exploration, whilst protecting us also from the entrapments of straight perception.

Where I perceive, I am,
Where my heart leads me, I am;
Where my desire takes me, I am;
In reminiscence or in this present, I am.


So it is afforded by the divine faculty of imagination that we may sense such other realities by half-measure. That we are not overwhelmed nor clearly composed, is because we are not actually interacting with the other reality, as we might do should we be totally taken by the experience. On the other hand, certain frontiers will be entered upon at a later date purely by the use of a willful and designing power of imaginative cohesion. So the actual creative practice does eventually lead one into further realities. 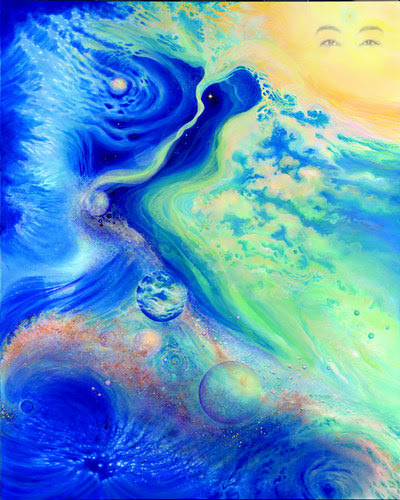 Remember also that when one suggests such words as 'creative' and 'imagination' it is not to say that they are nil-founded, fanciful objects of subjective design alone. This cannot be so. Man at present is not equipped, empowered or ingenious enough to hold individual recipes for purely creative thought. This department is truly the substance-realm of the gods; of which there is effort and ability required. At best we make interpretation alongside our perceptions. We do not however, create from the beginning or originate the imaginations that we may draw unto ourselves or extend our perception to.

A pious man may experience a certain flow of imaginations; particularly during his devotional episodes. These may be wonderful or hideous, or beheld to be both even at the same time, by the claimant. It is possible for confusion to arise from the effects of this 'full-flowing' imagination.

Also too, one may begin to willfully direct this flow and cognize certain future projections cast as one would have it. This is a questionable practice wherein it must be cautioned before proceeding. Cautioned, because such willful directives do make a difference upon whom or what they are imposed upon, whilst not necessarily being good for anyone or anything concerned.

The student must endeavor to consult the higher authorities firstly as to the wisdom of directing life and reordering outcome. By this, we suggest a prayer in order to seal the imaginings and direct purposefully, constructively, where permitted, conducive to all. 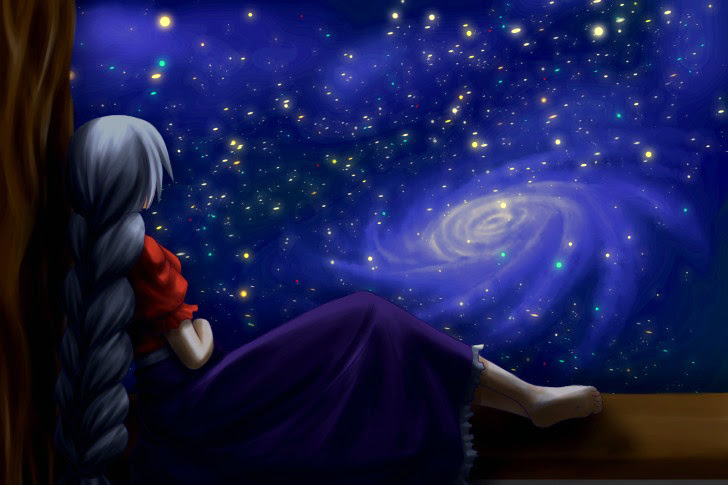 There can be many revelations given to a man directly from the stars. The paths of connection are there and the celestial bodies do communicate constantly. By music, by verse, by wisdoms, by visions, the starry muses are there and there to be implored. Before conductivity we may 'empty out' - not of our ego, nor even our blessed personality, but rather our immediate, present concerns.

There are points within our constitution that need not become too inflamed or overly excited, however share an affinity with more than one grid-gradient; depending upon the direction we stand in at the time. This may sound obtuse, but there is a reality nonetheless, which is indisputable. A man may be measured magnetically in relation to how he stands, what he faces etc. Furthermore, the starry influences shall impress him accordingly and work through him in differing ways, through shared and corresponding points. Possibly, if one was to look for reasoning in this, it may be that such versatility is more compact and effective, but such polarization is to the equation of four - from four directives - and has more to do with the common law of 'fixing' oneself within the boundaries of binding magnetisms.

This becomes a complex area. One can say that there are locations for everyone which shall always be as theirs - permanent places of residence, so to speak. It is out from such residencies that we may venture, only because there is a 'place', a statement, a spot that is ours: our allotment.


When an adept transmigrates and advances from his physical body, it is upon such a principle as described. He could not enjoy the freedom of projecting himself away from his physical cadaver, if it were not for the very real connection to a living body awaiting his return.

Similarly, we all have our home-stars from which we venture, and only because of their stationary status are we afforded explorations of expression, etc. There is ever a thread back home, and a star, amongst many, smiled upon by a fiercer radiance . . . shining back in a happy luminosity.