OF ALL the evils which hold men captive at task there is perhaps none greater than the illusion of futility. The very word is onerous and unworthy of any great meaning - especially as its nature is of itself held within the extreme negative.

However the concept and its carrier word 'futility' exemplifies great submissiveness and depressions which seek to oppress Man. And if nowhere else it has been witnessed and thus expressed in connection with the wars which have left those remaining quite devastated and forlorn. For all of those who suffer and see no cause, perhaps one might understand the common usage of this word to be permitted.

Although there is the extreme example cited, there are those who might put forth the notion that many aspects which coherently conspire within the multitude of events which fill a man's life are futile. There are those who would lay all aside and negligently call life itself in essence to hold no meaning, and express all efforts of men, all ideals and treasured works as becoming less than dust; and conjecturing therefore all aspirations to be futile.

One may come to perceive the dangerousness of this thinking- destructive to the core, unravelling, abandoning. For this one can learn to realize that there are important decisions to be made, there are certain reviews and open terms of reference; that we should all come to acknowledge that either we really see no importance whatsoever in life and its therefore meaningless meanings, or more correctly ascertain, assert and pronounce the very opposite: nay, that within the spectrum and circumference of all Life there is no such thing as futility.

Some would have it that they are undecided. Some would suggest that there is and there isn't. The very nature of our attitude and how we seek to understand the world thereby is totally dependent upon the basis of our adopted approach.

Fortunately it is commonplace today to find that there is a growing concern for conservation and a move towards a less wasteful society. In part these considerations should move towards one becoming instinctively awakened to the usefulness of that which we have formerly regarded as waste. That perhaps the matter might be redirected or not used at all, and that folk who consume have now weighty options put before them considering effects upon environment and ecological systems; upon which they were formerly unaware.


But it can be said that also too, there is much unseen that is wasted by men: lost opportunities, lost considerations. Although there may be little responsibility claimed throughout a lifetime and thought through with great deliberation, even this of itself may not be regarded as futile, however wasteful. 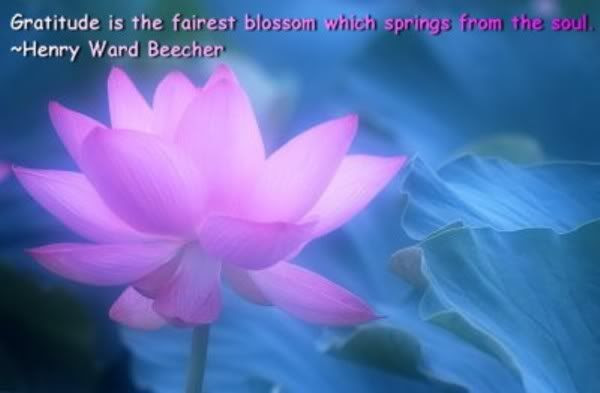 It comes back to responsibility and that wondrous experience of gratitude. The men who shirk from responsibility and condemn those around them to a hopelessness without design, without direction and care less for the needs of their family, care less for their dead or for those generations which are on the advance - those men have not the graciousness of reverential wonder because they are infused with only the immediate considerations of their lower ego. One may not come to know of gratitude until the emmeshed condition of the lower ego is disentangled from the worldly arena and allowed a full perspective of life herself and the larger considerations.

The selfish man is self-interred ever seeking to gratify personal needs and wants; and yet at the same time, in self-inflicted ignorance, presumes that 'in the end', 'all in all', we have futility.

It is this that the despairing suicide presumes so injuriously. It is this that corporations, who battle daily with inflamed impassioned greed, justify their hazardous and irresponsible effects upon the world economy. This one word is but a password into evil and acts thereby. For if consequences were truly perceived and weighed or even considered and asked for, there would be few who would pursue the selfish road which causes so much turmoil to the already disheartened. It is the concept which suggests that all roads have been encountered, that there is no explanation, that there is no hope, or reason or results. 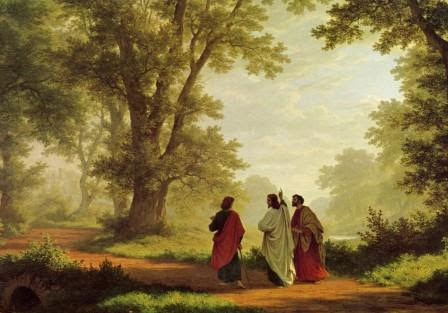 For the man of faith will ever look for that one road which leads out of a problem and back to the Kingdom. He shall have patience to endure enough to trust that although unseen there is always an explanation, that hope is ever and reasons so many: comprehended or not, they are divinely placed.

The only futility that truly is, is within that of the concept itself. Elsewhere it holds no reality, being only real unto itself. Beware of the knowing impressions which some may impart, suggesting a hopelessness, a meaningless, a dead-end or annihilation. For in essence, corruption seeks to propagate itself and does just that when it is given the soil to seed itself in.

If a man suggests in somber tone that there is futility, ask from what may he base this assumption and if nothing more is it worthy of consideration. No, it may never be worthy; characteristically the notion of futility offers nothing. Absolutely nothing. And so anything else makes for a better consideration. There is simply no excitement or enlightenment to be gained from the concept of futility.


One hears "What do I care! When I am dead, I am dead and there is nothing which remains. I am dust." And the man who claims this, who cares not, does not even move to question the possibility of that being wrong, for he has already decided that it is futile to question, futile to dream, futile to envisage, futile to have concern. It is as a sickness, a death to the soul-life. The ego is bound by immediate considerations and would have no other. It is an inability to commune with the higher aspects that know too well that which is otherwise.

From where does this sickness come, this false notion of futility, the foregone conclusion of doom which suggests to man that life itself is crazy? It comes from those who have vested interests, who are not men but desire men to be as themselves. It comes from the hauntings of shells who died pitiably, who were not pious or of love but did seek and find a hell whilst on Earth. It comes in sleepy whispers from the cheated and the cheating, the revengeful, the deceitful, from the predators, from all vice and sin, in promptings and through recklessness, in the dark of night, before a man jumps before a train or from a cliff or as he takes up the knife.

The illusion of futility suggests that we give up our asking and our higher instincts, that they are not real; and in place gives over to disastrous impulses excused by the fact that life is seemingly disconnected and meaningless.

Most men are destructive unconsciously and without calculation, and if there are acts of violent rage they must be executed swiftly, that the demons who whisper the promptings to outburst allow no time for the conscience to recall, give no time for considerations of reality. So it must always be impressed upon men that all of life holds reasons, consequence and continuum, and that they must seek this out for themselves. A man who knows this to be true and rejects the illusion of futility will not be swayed by actions rash, will not give over himself to evil suggestions. In this we find the importance of the consideration to today's lesson, that it be acknowledged and restated as a beginning to all future actions and intentions of the precious hours, days and eons ahead.