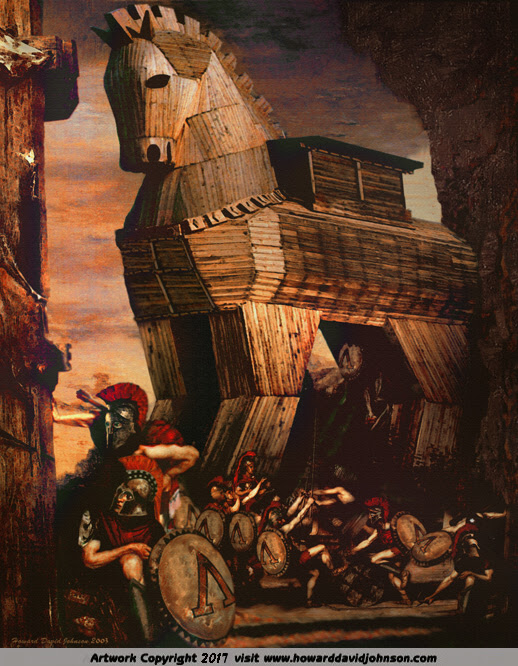 WOULD that some fellow try to deceive you, perhaps in costume, perhaps in speech, this is what we refer to laughingly as the Trojan Fear- for they do suffer this, coupled with a great excitement drawn from expectation. The compulsive liar and the dastardly deceiver are stimulated by the lies themselves, whilst the objectives are secondary.

There are honest debts and grave needs that some folk encounter, but the majority of robbers would have it that it was need that provoked a burglary, rather than the act itself rewarding them so. But needs are marginal and usually have little bearing on theft. Whether or not the robber fains to realize this fact, his exploits are prompted by the excitement and its fires, the charge of an undetermined future and the dangers encountered.

This is of course peculiar when it comes to the reserved nature of most individuals. Excitement is not gleaned from promiscuous behavior, or has least settled down somewhat from the teenage years of exploration. Nonetheless, there are those few who would play tiresome tricks on others for the pleasure of the gaming itself, displaying little regard for the humanity of which they are a part of or the consequences thereof.

All care may be thrown to the wind, so to speak. Statements that begin with, "What the hell!" or "So what?" or "I have nothing to lose!" or "You only live once!" These, and others for example, "Life owes me, and so I shall take what I can" or "It's all part of the game", and so forth. These kind of statements, which when read in proper context translate to "The devil made me do it", speak of a consciousness which seeks to deny self-reflection.

Such a consciousness has sought isolation from the past and the future, and further isolation from the realities of the present. Those realities are the very real people who are touched by the wayward behavior, which are in turn ignored as the deceiver withdraws into a superficial self-enclosed orb, where, he being literally self-centered - centered around his lower self and desires - divorces himself from not only the world, but his own higher aspects as well. This is why a liar cannot look one directly in the eye (unless well practiced), as soul communication is blocked from this self-enclosed self-centered condition.

The question then is, how one can awake such a person who is determined by gross stupidity, and has thereby chosen to drop all connections which confer with truth, reality and regard in the world. There may be much contempt between the two parties, contempt which is understandable, but fruitless of itself. One must firstly comprehend that the patterns laid out for the said excitement, gleaned from the games of the deceiver, have been entertained very early on in the formative years of such a person. This is not a temptation taken up in later life to be tried once or twice only, but rather a sad indication of a certain behavior and attitude that has cleaved to the personality, as a shell of his making. Therefore, one cannot pluck the shell dramatically away from the individual who has spent a lifetime contriving it.

As mentioned before, the enjoyment which is to be had by the deceiver is in the very masquerade, in the deceiving, rather than in the outcome of whether or not he is to be believed. For he is not deterred by outcome- if the plan works then silly you; if the plan fails, then silly you; for he will try all the more harder next time. The time to deter the fellow is when the game-playing has commenced, and not wait to explain you have not been caught out.

Now in the case of out and out theft, if one is fortunate enough to catch the thief as he climbs through the window, or has hand in the cookie jar, well and good - one may take efficient means to reprimand and deter the criminal.
However in conversation or friendly encounter, one may not accuse or interrogate a fellow, prompted by suspicion of this, that or the other. On the other hand, if someone is 'trying you on' so to speak, you do not want to entertain one minute of their fantasy, as it is as unhealthy for you as it is unhealthy for them. 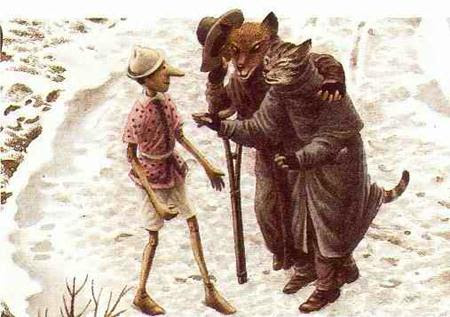 Oddly enough, one can in these circumstances, politely interrupt the conversation or relationships and season the circumstance with the salt of a little morality. Out of this one may gauge their response quickly enough, and if the individual has not fled or baulked, they have at least shared some pleasantries which you have invoked. This may sound too simple, but is indeed a good remedy. The idea is this: when one man to another places pressure (in the very real sense, a true pressure) upon another, to do his bidding or believe falsely against which he knows to be true, casual or not, this requires submission of a kind which one asks of his acquaintance, but will not give of himself. There are concessions in all relations, but also there are impositions. Where pressure is felt, there is a struggle for compliance and ensuing impositions.

Now let us say for example that a man deigns to encourage and trap you into bad behavior. Inwardly you might irk that individual, because you represent something in lifestyle or attitude that he does not find within himself. This individual perceives no virtue in honesty, and no value in virtue anyway. So being miffed in the first instance by your circumstances, and not knowing why, he has decided to encourage you in similar fashion to try and align you with his own pitiful self-image. This kind of conflict happens daily in the smallest of tests.

Firstly he would have it that he is actually superior to you, and testify through some tale to this effect. This tale alarms you, purely because it is out of context with the casual conversation, and secondly because it is an unsavoury idea in the first place, to consider that this may or may not be so. However, he has brought to your attention some story of his personal 'greatness'. This is not designed so much to impress you, as it is to re-establish his founding presumptions which set the way for the next line of thought. He may not desire to actually sell anything to you, but perhaps to win reactions only. Nonetheless, he does wish to dominate the conversation and take time and concentration, and commands this of you.

But being already distracted from the conversation, the interaction is reduced to the noise of one rather than two. You sit politely thrumming fingers on table, wondering how to make a point in the next interval when he may stop to take a breath between sentences. By this time the concentration has lapsed, and this is when the deceiver cannot help himself - he will say something totally ridiculous! Furthermore, you, the partner in this, will believe that he truly believes what he is saying. If he is challenged he will certainly go on to spinning more stories, as he has enjoyed coming this far; and the same if such statements have been let pass. Just as you falter and are tired of the controlling speech, Bam! In comes the ridiculous! Whether or not you have fallen for it - just like a joke with a punch line - the deceiver has yet again relished in his own works, enjoying this episode.

The point being here that conversation is usually a wonderful medium whereby two or more souls may commune with each other and try to link up in heart and mind, or in the very least stimulate each other with marvellous challenges of thought. In the case of the deceiving personality however, he comes to the conversation with a predetermined conversation, the interaction is conceptualized by him as being something totally of his own making. He does not consider or know of the reality of their being two people in that room. Being so self-enclosed by these patterns of deception, he cannot distinguish between an individuality being properly quite separate to that of his own. He has motive and game-play, and not the honesty to wish to come to you quietly and to listen or learn or share with that world which you are a part of.

In the first instance, when someone has felt the need to tell you of their achievements, consider in yourself if these achievements are worthy of commendation. Firstly is the story true, and secondly are the achievements something of true value. The deceiving personality strikes tales of achievements which are either too highly placed as to be believable, or values which are not based upon personal work or endeavor, but rather station, property or conceit.
One obviously can enjoy celebrating with another, real achievements that have come from labor and loving intent. That is one thing. But the deceiver will cite images of grandeur which to the common man are not related. If this be the case, one may answer these initial boastings with tales (not of oneself) but of others who have struck similar and more marvellous goals. This will not upset the conversation if he is truly interested in the subject, but if it is designed to set himself up falsely he will abruptly try to deter you from speaking further. If the latter is the case, then it is wise to consider shifting the conversation into your own control for a while, fixing attention upon uplifting subjects only. Not to fall into degrading and upsetting argument or subject, and not to talk of mere pleasantries which comforts the conversation, but to turn to something of heartfelt importance whenever an interaction appears to be in discord.

True intentions will be realized from this. It is not to say that one willfully goes into personal interactions with suspicion and determination to preach or make uncomfortable their conversational partner, but to learn to wakefully discern a good healthy interaction apart from those which may at times debilitate, or encourage those who would deceive, enjoying their fiendish and shallow exploits at your expense. Sincere and honest communication should be the leading goal, and needs to be worked upon constantly- particularly for the sake of the deluded who perceive the world as empty in the first instance. Rather, to lead in thought and concurrent speech with higher meaning, giving respect to the higher aspects of one's friends and associates and not participate at any length with absurdities and foolhardy falsehoods.
Posted by Bruce at Friday, August 14, 2009