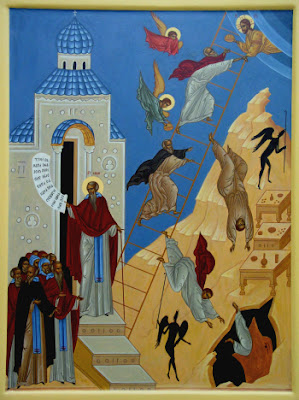 PIRACY is a sin whereby one seeks to overtake and possess that which is not rightfully his to have or to hold. This sin may be contrasted with the sin of acquisitiveness, but although not dissimilar, is disastrously more invading and objectionable to the social order.

Piracy may take many forms in human behavior. It may constitute a physical rape; it may involve cheating for monetary value, or out and out theft. It is firstly held in attitude, and just as the virtues may enter into our being and infill us so, the sin of piracy may also take root.

As with all sins it begins with a minor and progresses rapidly to the major offense. Once this has occurred, discrimination on the part of the individual has been cast aside and the false desires would have their way. It is sad to see how often a man may fall for the trick of stepping down into the act of a sin where there is really very little value to be gained personally to him. No matter how large the sin this will be so; especially in the sin of piracy, as one may not breach another's freedom, nor covet and hold that which is not to be had and earned dutifully.

There is nothing that measures so much value that it be worth the sin of piracy. This is the law. Therefore, those who suffer the illusions of the sin of desire with such piracy, must discover this again and again until put aright.

Sins are brought about by a condition of ineptitude. There is something of a void, a vacant space where a given virtue should be entering into a man. The Cosmic impulses and their corresponding ethers that flow through to the receiving individual, become distorted and perverted, being absorbed by a man who has not a home for them to go.

So with what should have been the powers that sustained and colored a given virtue, which should have been operatives for the experience of this divine quality, is reduced in action and in thought, in heart and attitude, to merely a sin. A particular failing to the extreme, a failing which is fed by the same fiery ethers which were to infill the characteristics of that virtue.


Find the virtue and then look to its opposite and there you will find the sin! Find the sin and you can identify the remedy. We are talking of actualities rather than abstracts. One does not like to feel reproach. Reviewing behavior is an irksome task, especially when one is faltering with self-doubt anyway. But as explained before, our lower self as we have come to know it, does change and will change and is no indication of what we are truly capable of in becoming in full realization that divinity within.

There is no point to bandy about with loose terms which defy personal scrutiny and falsely exalt the lower behavior. One must learn to dutifully contrast the true dignity of the soul and those actions and attitudes which do not behoove it. It is not for any one soul to become complacent and believe that self development is ever accomplished. This is illusion and as such falls into the sin of deceit, self-deceit though it be.

The very poor usually learn the phrase "We will make the best of what we have": one finds that it is with the world-worn, those who are at their lowest ebb in a given lifetime, that have had certain sins quashed through hopelessness and suffering. We do not suppose that one should ever wish a condition of deprivation be imposed on any soul. However, it is true to say that through hunger, sickness or grief, there are some that suffer intensely on this day. When one observes those individuals who are sadly caught in these conditions of suffering, one cannot but help witness the fortitude that perseveres, even though these souls are lacking in that which the sins would have us desire. Many a soul is crushed and broken in terms of outer world experiences, and from this there are inner strengths and inner wealth so discovered, coupled with the associated sense of propriety.

We may have a sound constitution but complain bitterly of a cold. The marathon man may scorn his competitors and desire to better his speed and distance. Those of ill health pray not to be without or cold, nor to be champion, but only to be fit enough to function with the health that will carry them from one day to the next.

The very wealthy are seldom content; they strive to yet make more of the same. The middle class presume that the dream of such wealth, will for them one day be realized, and furthermore an entitlement. But those who are truly poor do not hold expectations of being overindulged, but pray for food on the table from each day to the next. The very poor do not focus upon a Mercedes or a Rolex, but rather that their needs be met. Thus we find that where one should understand the sin of acquisitiveness to really be acceptable in those who are without, it is not as so; as much as those who have no real need, but just want for the sake of wanting. And who through the gates of Heaven goes better prepared?

The sin of haughtiness, the sin of conceit, would rather not have you identify that there be sin at all, within or without.
So many would hearken to the calling of the Divine, but when one mentions the elementary perfunctions of sin and the corresponding virtues, they tend to run the other direction. But where there is a need, that need is answered in time. Where an individual is bereft of a particular quality or disabled in Holy Virtue, the consequences of that sin so channeled into shall answer the need and cause the Heavens to prevail in working upon that soul through inspired experience.

The sin of piracy extends also to one's perceptions of the teachings. One cannot overtake, or make grab, at another's wisdom. "Give me the Truth!" is piracy, when the truth is not worked for in effort and obedience, in loving inquiry, in discipline and endeavor. To have true knowledge of the Virtues and the nature especial to their spirit, one must come to know them firsthand and give over to experience of the sublime qualities that they hold.

One can never fully realize the length and breadth of a Virtue and the beauty that confounds the soul thereby. But through such practices that open one to Divine characteristics, the tendencies towards the relevant conditions of Sin are denied to prosper and take hold of one's life. The remedy of Sin is the tonic of Virtue. Like any good teaching, it is to be tried and proven by the student himself!
Posted by Bruce at Wednesday, August 12, 2009