OF ALL the mysteries the mysterious element ceases when they become fully known. 'The Mysteries' were only that whereupon the lay individual who knew not of the teachings nor the temple, encountered that which was so foreign, so bizarre to him, and was persuaded of his 'unfitness' to behold the truth in cosmology, in spirit or in the study of Man and his relations. 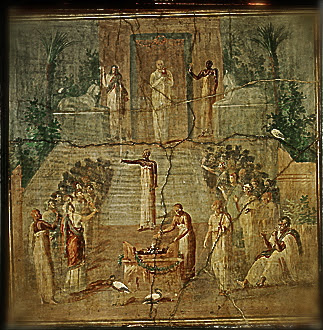 Whilst it may be true to say that not every man who crossed the portals to encounter the teachings of the new and old world was fit and properly disciplined - properly prepared to receive that which was for the initiate into the mysteries - it is also true to say that the mysteries were carried by men, men who once upon a beginning had to cross that very portal and begin as babes, similarly.

So when reviewed as to whether or not their substance would withstand the further knowledge, it was moreover a question of an inner balance, an inner fortitude and a character which was as gold. For that which is held to be sacred is reluctantly given over to the corrupt. Caution was primary in this regard, prudence as to the nature of the inquirer, and also a true sincerity: an earnesty being the only qualification required, the only payment offered.
Of course there were many who did set out to establish mock temples, which led somewhat by the example of the pure, did seek out a perverted copy to satisfy those who did not qualify for the others. This has always been the case.

Many which were so much more glamorous than their pure counterparts did draw a multitude of personages who committed practices which were unrelated and confused in the desire to obtain the unobtainable.

Then there were those initiates who, having fallen from grace had departed the true schools and developed the 'designer' teachings. For they had not the patience, not the steadfast resilience to bear with that which they had discovered - time to digest that which had been offered. As they fled from the temple they did mimic and begin yet another, which was as bad as it was good and as good as it was bad.

For there is many a soul who first inquires, and has not the foreknowledge to make certain discernments pertinent to the nature of the teachings or the teacher before them. Being so 'taken in' by the mock temples who would not pick and choose, they should have been wary at the first, but were swept up by the immediate grand discoveries made apparent and delighted in the gay and elaborate intercourse with men, animals and other beings, which satisfied their immediate inquiry one hundred times over. For it is possible to make a poison please a man in taste and disguise it so, but it will still be as poison if it is taken even in good faith.

The power of those mysteries which were not suited to men who had characteristics of evil intent, bore within those men a certain magnification, so that the development was (and is) accelerated, however the man may have been inclined. Thus the dangerousness in proceeding to offer a man the spiritual knowledge without him being fully prepared and equipped to receive it, that he might follow through in design, making of himself but a grander version of that which is seeded within his personality, his character and his soul.

Thus the schools which provoked men in such a way did receive all men without warning them. For they saw not the reason when certain effects were immediately received, and in this sense one cannot blame them for being so mistaken.

As is now the case however, the Elder Brothers of Humanity would happily take all of humanity into their confidence tomorrow, would that they were adequately prepared. For this is their desire and has been so all along. One must begin to realize that it is not kept secret from a man, but that the man does deny himself the privy knowledge.

Were that a man did openly choose to work upon himself and follow the precepts which pertain to the virtuous life, that he become firm in the world and detached from the earthly dispositions, that there be pure aspiration and great determination which is selfless. That there be an individuality who in humility may embrace his humanity and allow for him to simply be. That the character be refined, that the designs are equated from the aspect of our dear Father God and not from the longings which are short-sighted and self-satisfying in the temporal world. That there is obedience, but not blind obedience- that the reasons are known and thus accepted with both heart, mind and will. That the motives are pure; that the inquiry is true to truth.

The true initiate must relinquish - when he finds the correct time for doing so - that which is destructive to his finer capabilities. The tenuous hold of the values of men is to be loosened and cast away. There must be trust, but not that trust which ignores the perils which we all encounter.
To be informed is to be impressionable, but impressions gained through an intelligent development, which aside from a pure character, may know of the knowledge and explain it when needed. Snippets of knowledge are not enough; they may well misrepresent that truth from where they come. And to receive the truths one must be both servant and master to the aspects outlined above, and be content to do this firstly.

The maze of knowledge is certainly amazing today, and yet quite often the point is sorely missed. It is interesting how sophisticated one or two particular scores of thought may advance and how men may gauge the world thus. It has been mentioned before how often men presume that the electrotechnology which they experience today is of the greatest value in application, and are so taken by this usage that they are not turning to those vitalities which may equal the applications with less harm to man in the process. So it goes with the understandings and the knowledge which flies around the Globe today. Similarly men presume that there is but one way of thinking, one approach to knowledge, one road leading to the temple.

Still there is many a mock temple that offers all manner of glamorous and exquisite experience. The test of any temple is the example of the conduct made apparent by those who attend and those who do teach. No excuse on behalf of those who are faithful to that group will explain away inexcusable conduct. It can be that easy.

Often the simpler measures one may use for discernment are negated by the complex overtures that carry through and fuzz the capacities which establish clear insights. Complicated thinking need not be right and proper thinking. If one comes to the heart of the matter, one will usually find clarity that may otherwise contrast the superficial display.

There are many who would rather not question that which they do and would rather know not. So it must carefully be explained to them that this is dangerous, even in the best of circumstances; that they must come to value themselves enough to wish for the very best, and must take heart in the fact that there is always a better alternative, in self and out of self, and in teachings also.

For as with men who are attracted to men and may not fulfill the act of propagation by their activities, so too are those who follow the 'mock' temples and their ways: trying hard to come to great experience exalted without the proper means in place to do so. Only so much will come by it. And they shall never know of the truly glorious outcomes and impassioned enlightenments, through mere passion which is coupled with the lower desires and inclinations.

Were that men did seek refinement! But rather, they become indignant and outraged at the very mention of this becoming personally attainable for them! We wish for them the very best, and not some meager and false representation. 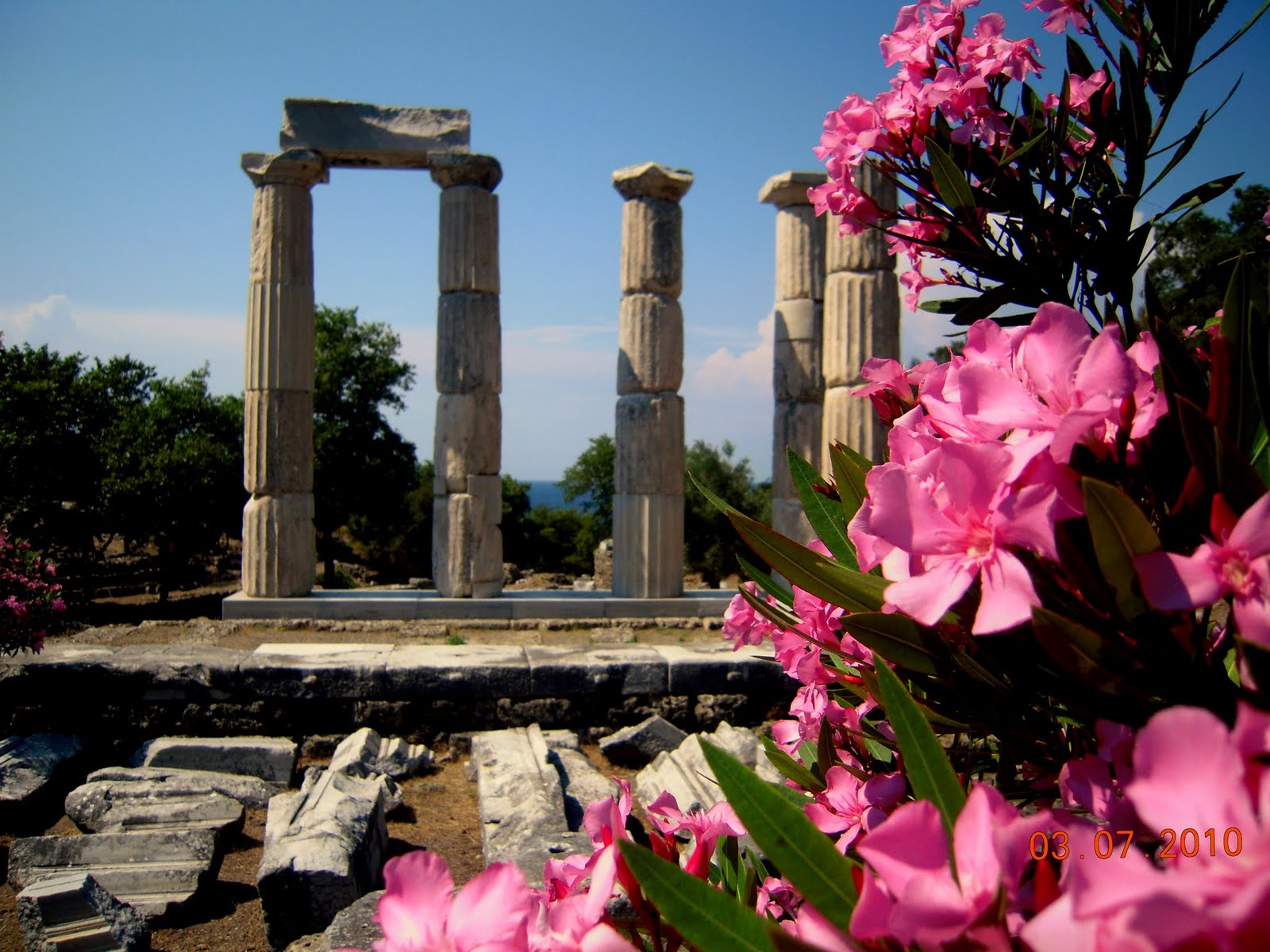 The mysteries of the spirit and of man and of the Cosmic workings, are not closed to any man. They are carried on by the faithful with the purpose of being imparted to those who become worthy of receiving. And there is no time like the present to begin to wish for such, with the knowledge and the patience that the prerequisites to this maybe begun to be worked through as of now. That time itself is not a grand issue - that the rewards of all struggles will be answered in time. And one may not measure any outcome in the immediate, for outcomes are seeded in the present, not revealed instantaneously. And so to have faith and certain knowledge, that it is truly worthwhile to set for a grander course and hold ideals accordingly.