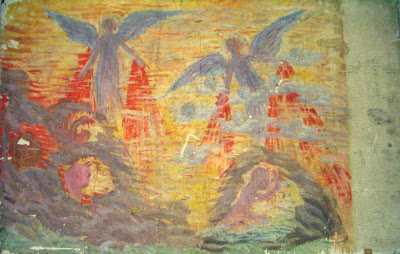 ATLANTIS did not 'fall' so much as it rose.

There is a principle which can come into being where the energetic commotion of indifference to the present, can lead to the very destruction of the elements within its time. In other words, that which has ceased to be cared for and no longer entertained within our life-giving/life-prolonging consideration, will effectively begin to desist from existence.


Or put more simply still, conditions for change and making way for change, are sensitive to the will and want of Mankind itself. Furthermore, if Mankind is not satiate with his present day environment and with peace there, then upheaval will ensue.


At the time of Atlantis the physicality of this world was mute to permanence, and yet was straining greatly with tensions arising from its mutability and the reckless desire for constant change.


When it comes to the question of the age of Atlantis closing, there are more than a few considerations to be had here. Scholars will debate the causalities of this period, that ended an entire civilization, for some time to come.


Here was the period when men began to be mindful of the future and they aggressively pursued it with an exaggerated fervor - much like the impulses of technology and learning have accelerated today voraciously. 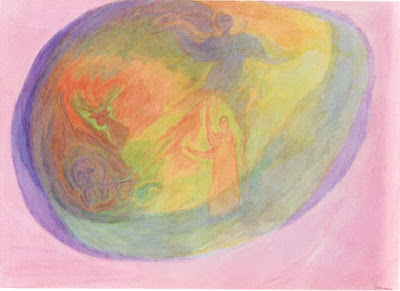 Herein is the double bind. Evolving into newness is actually a 'new' occurrence unique to Mankind itself. The 'write your own script' concept was preserved for deity and limited in its levels of catastrophic consequence. However in this instance you have a body of souls who are involved in this collective process individually, whose overall 'fate' as it were, is not so predesigned as to be entirely predictable.


This is now then the open philosophical question: is creativity itself dangerous? How can freewill walk in step alongside responsibility and development? And with all of the power of the will and imagining of men, how do we make way for the future to enter in, without there being some catastrophic change to their present day realities as a result of it?


Prior to the Atlantiac period, there had been eons of relative inactivity. Their societies mimicked the spiritual worlds, their thinking was gracious, their imagining was picturesque and the people were generally satisfied. The days and lives were quiet. It was a golden era of a gentle society. The push for advantage over one another did not exist. Imagination did not live in the mind, but rather, the reality.


Imagination itself had had an entirely different purpose. It was immediately functional in the moment it was in - it was present - and not used as a tool for creatively forming ideas and subsequent happenings of what wasn't there. It was the means to discern what was there. 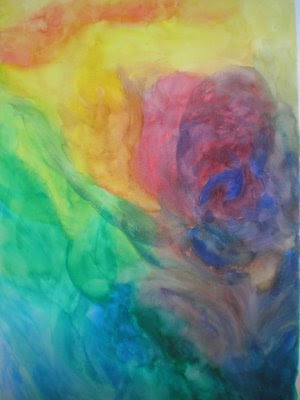 When the forces of Imagination first manifested they did so as mind itself, enabling a collective knowing that had an objective, yet collective, experience - sympathetic, empathetic resonance enabled by the concordance of the imagination itself. Even in the very process of 'knowing oneself', the mind of the imagination enables this knowing to be; and even though it may appear that the mind and the imagination run parallel to one another, they began fully melded, in-separate and as one.


Most activities of the mind, are in point of fact, intuitive. Very little thinking today is creative. A lot of thinking can be distorted or bent, however it is adaptive and usually a corruption moreover of something prior, rather than being truly different or new.


All men (meaning men and women) have tremendous capabilities in a demigod likeness. We may not use this power to create, but it is innate and our worlds are plastic to this possibility. And in likeness to this, our thoughts permeate the physical world with great impact. If a body of men are dissatisfied, then the elemental beings local to their area will react similarly, and with some severity, if the collective consciousness is strong enough.


And of course the mindful upset of men need not come from negative causes; it can simply be that they are sensing or hoping for more knowledge and making way for what the future can bring. It is the tension of birth and the force that it knows. It can stem from a certain ambition, or just tension itself which becomes compounded in difficulty.


For example: during this recent era we have seen Western society clumsily and eagerly put science and 'new science' into the greatest authoritative position. There became a shift away from the pockets of organized belief to a common idea that no belief was safe to invest oneself in, but rather science and knowledge in general had the higher order of importance.


This was a good thing in many respects because it literally broke open all of the sects, organizations and societies which had hitherto claimed an impervious righteousness above all else and others. It dispelled the glamour of the past, as the impulses of the future grew stronger and quickly overshadowed their elderly protesters.


Of course not all of that which is of the past is necessarily worth preserving or honoring. Yet it would be both ungrateful and ungracious, not to acknowledge every striving and blessed event that us brought us to this place in time right now; and perilous to that fiber within our own selves, made of that very substance, to reject its worth and fling the goodness from ourselves, simply because it does not wear a face of modern times. 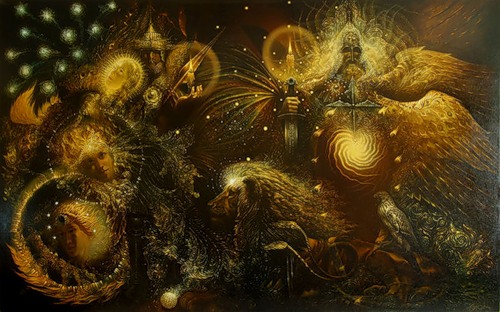 Imagination was never perfunctory to distortion before Atlantis; its purpose was the complete opposite - that is to be able to divine and convey the truth. With the egoic awareness of men beginning to take hold of their governing consciousness, they literally became authors of their own destinies - which meant that life itself was to be plagiarized.


The word 'subjective' was born. It became accepted that everyone had their own view, their own opinion, and truth was an impossible endeavor that would be undefined although absolute.


This subject is incredibly important to the health of our interior life and its impact upon the immediate world - both personally and further. Especially if the individual has a powerful mind, it becomes an even keener subject to be studied and known. 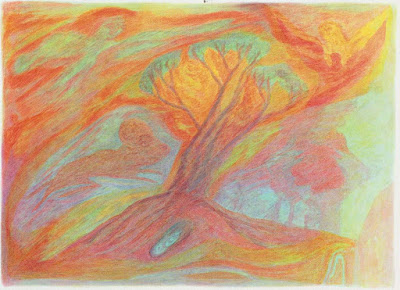 One could say that the Atlantis period was 'too much too soon'. And yes, there were definitely difficulties with the kinds of natures evoked at that time also - yet even evil itself is primarily the victim of being a goodness out of its proper time, and a devouring ambition without empathetic appeal.


When messengers of the past have spoken of killing out desire and basically inhibiting oneself into a humble present, it was because of the virtue of this, but perhaps also to simply require men to curtail their wants until such a time as they can want them safely.


We are men of the future and are committed to work for it daily. We do not subscribe to a stagnant life or hopeless aspect. 'Dare to dream' used to be a catch phrase of sorts, but one can see the humor of it when the dreaming can bring conditions crumbling down around one. Yes! this is true.


And so, how to maintain the connection to the present and nurture it, whilst work creatively and safely with future ideas and projects?


1. Never become personally invested in your projections for the future; i.e. they are not selfish, but a furtherance for all.

2. Try to limit complaining in general. One can work to better a situation but complaining without the actual work is injurious to the ethers. There are elemental beings who hear and feel this and become upset and agitated. It goes on to spread more agitation generally. Even casual remarks (like about the weather) are potentially bringing everyone and everything down. Conversation does almost expect it, but it is far better to invoke cheerful observations in light conversation.

3. Give thanks daily. It is so important to be thankful for what one has - because to live in a disharmonic wanting brings chaos to the immediate life. Having visions for times to come, and plans for a different future, or even to participate in truly creative and innovative ideas, requires especially that person find the level mean within, which calms those elementals of discontent and disquiet. It requires the ability to be able to soothe oneself at the same time.

Creativity brings about a tremendous summoning of energy which is there to assist the project for its happening to come, however too often it is spent with the calamity of something else and is directed where it should not be. Added to this we may become disengaged in the very life we have around us, which of itself goes to form a different kind of elemental energy also. One would no longer call this energy a 'vitality', because it is non-specific to a need and misdirected - becoming essentially destructive.


The contemplation from this is immensely beneficial. We are reminded of the wonderful possibilities there are ahead, providing we can fix our place firmly within the present also.

Invest your mind and talent into the here and now, in the confidence of there being many, many evolving tomorrows to follow. Try to learn to instigate all thought and actions from a place of considered calm, rather than discontent, or its fellow emotions. As light as this may seem, it is a discipline which will help carry both yourself and the world steadily onward. And this is especially relevant to those great souls whose destiny will go on to invoke great futures for all. 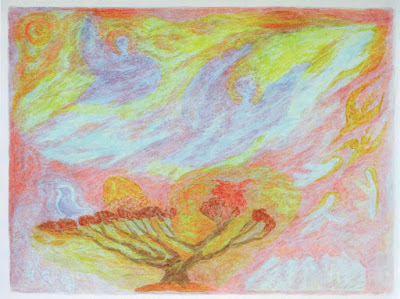