The starry mantle was but a cloak
‘round her head. . . Uncommoness.

THERE are those things which are not the same, which never could be held to be the same, but are distinguished most properly as being both separate and special. We may hold to aspects shared and qualities lent and thus identify much that lies within the world; but we may also look for that which most properly exclaims a uniqueness and a purpose, and a soul.


For it is the soul that does offer, give over, the ability to become most sublimely unique; that all which does go before it and trains after it and does encircle it, makes only for the garment of the soul. But the soul does make the garment - it is spun and woven and sewed and fashioned, by this our soul. 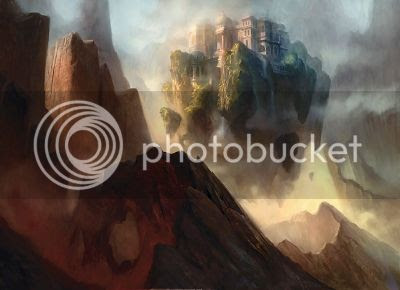 There used to be many a story given about the places in which the soul was hid: under a rock, atop a crest of a mountain, in treasure chest, and so forth. For it has been known to man that most of all, the mystery of one's own soul is as illusive as the setting sun.


It was for these souls that many a pious man has fervored to retrieve and make holy again - to exalt, to restore dignity to, to re-establish a love between a man and his soul that he might love the Father with thanksgiving. It was for the sake of the soul moreover, than deeds in actuality. And it was the purging of the soul, rather than the remaining of innocence, which drew the crusader's sword from his sheath.

But what of its characteristics; who may view and express what it does look like? Quizzically, we have your attention! Here, the vaporous genie in the bottle! For one to see a soul they would have to have soul-eyes to do so. And if it cannot be described as to what a soul may look like in representation, one can say how it feels, and that the beauty of such is as a reflection of sunlight upon the water. For this is the reflection from His Being- out of which we have our spirit-spark enclothed in soul.


I am what I am firstly because I am the soul, not because of the faculty which does recognize such, without which I would still be and still are - in slumber, in wakefulness, I, my soul, endures. 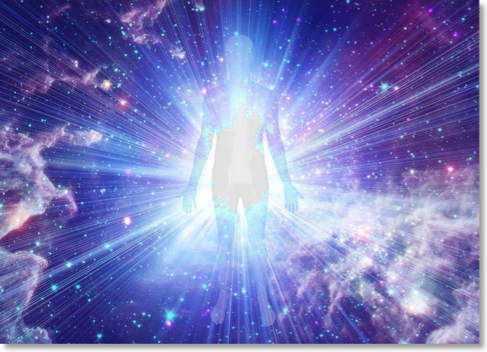 The sense of I, id - individuality in relation to the worlds - becomes distinct because I have a soul; without which I should not come to know that I know, but should gravitate to and around that which I am most sympathetic to. And it is to the ego that we attribute experience and also that which follows experience - and it is the egg-shaped ego which encloses the soul, with essences of: fiery activity (cognition), fiery ethers (form and the plans thereof), divine impulses (characterizing streams of being, planetary rays etc.), vitality fluids (of which there are many), memory (akashic recall), sympathy ('bonded to' influences, signature keys etc.), substance (particles of quality, that which is of elements known or to be known - e.g. copper and its corresponding planet etc.), metabolism (related to sympathy, access to Pneu of Man at present), Desire (subtle body which makes sense of sense, sensitive to fiery activity also), Greater Desire (sensitive to the impulse of greater cognition, motivation, and exclamation) and last but not least, Joy, Love, Laughter, Compassion and Happiness: which are natural to the soul and the ego, and characteristic to the expression of being, as being.


Whilst these divisions have been met with, one may also say correctly that they are all reflective in each and are not divisibly unrelated, but rather cohesively organized and cooperating with submission to the soul.

The personality and the physical body have not been outlined because the reference was to the naked ego disincarnate- none of which should really be briefly summarized and believed thereby to be understood. However, beginnings must be ventured into somewhere.


The physical body is as complex and as intricate - and changing also - in its relation to the kingdoms which belong within the family of Man, and to Man himself. It is not purely a matter of physical matter. The cohesive qualities of physical matter are dictated to by impelling design as given from beings who encompass the Earth, but are not themselves men.


Men could not foresee and embrace the designs that are adequate for them to manifest within presently. Although the souls are in agreement, and all is developed to the point of there being corresponding sympathies and progressive designs, Man does owe his incarnating form and void to those beings who do live amongst the greater elements and work within the service of Man. There are caretakers for each and every kingdom. There are in fact Masters who adhere to the specific realms of incarnation, overseeing and incorporating - a little like stationmasters at a railway junction.


"Many a bit is borrowed" is the phrase - taken from the Moon (exhumed from the Moon!), one animal offcast becomes another animal’s development. Evolving requires sharing. Ecology and interdependence requires mutual involvement, expenditure, and such coexistence that shares also.


Forever adapting, the physical body of men of the planet is shifting and changing, and is not even reliably similar to what it was a matter of two or more thousand years ago. Folk often mistake that which is tangible to be that which is permanent. The higher worlds offer far more permanency (if that can be the word), because they are more fixed in aspect and quality, and are remotely predictable; unlike the physical world.


Men are more readily responsive to exterior planetary impulses than is thought. Aside from the general influences of which we talk much of, there are actually 'goings on' amongst the societies which inhabit such realms that can filter down to the global happenings as regards Earth. A cosmic barn-dance or a cosmic struggle can enter the winds that encircle the Globe and bring such hints as do speak to men persuasively in disruption or in overactive expression. Of course we must return to the cohesive factor with impending systems of greater ecology. There is nothing extraordinary about extraordinary influences. 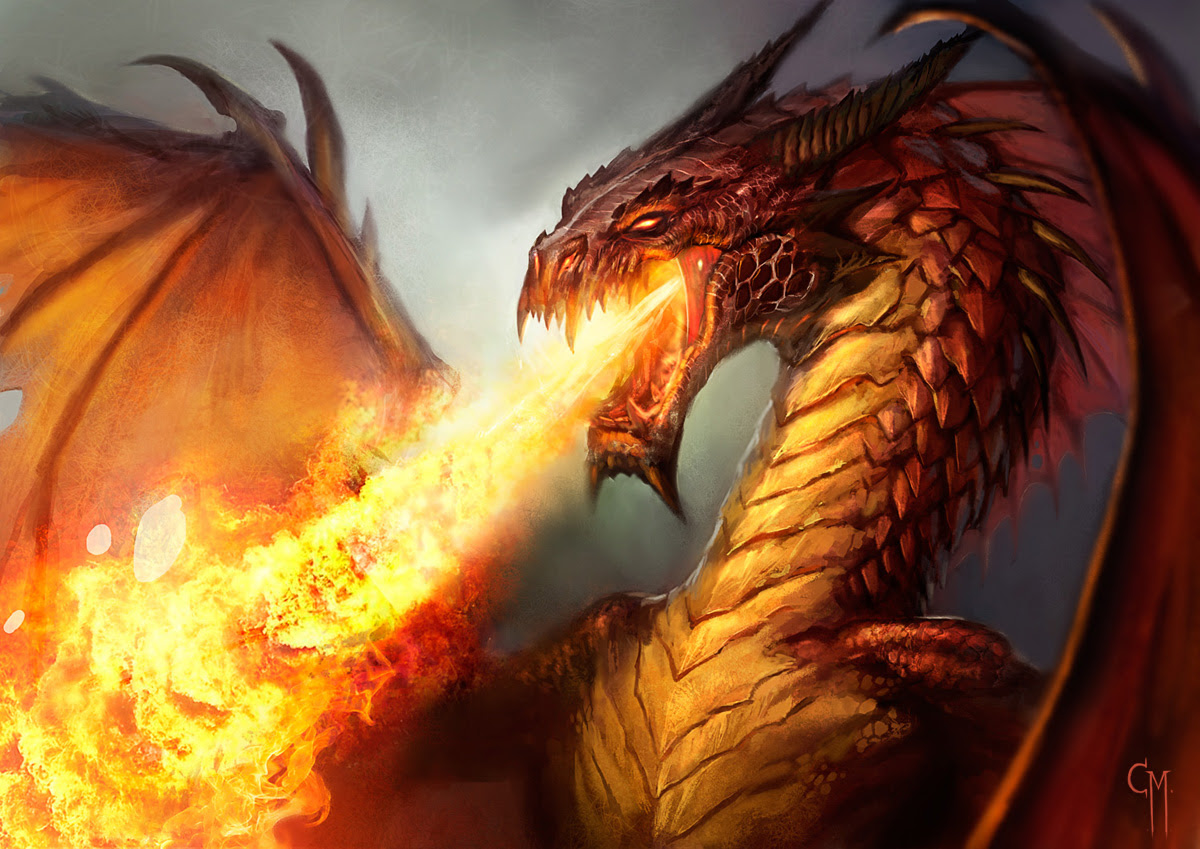 
This is not to say that the higher worlds are as the physical either, but that essential form is not plucked from nowhere. How much we may learn from our own world that will guide us well in all places of little Heaven!


If we live according to our first motivation and if we are willing to bend to He our dear Creator, and acknowledge that without He the meaning would be lost within Creation, then we may progressively incorporate the treasures of our findings within those hidden spaces, recesses, in this our being. But if we do not bow to He, then it is as though all manner of findings shall be repulsed from us, because our very own ego has decided it so. If we close to all Grace, if we are abhorrent and abhor, then it is decreed by the one who is ignorant of such glorious and powerful truths, that they are for a time exposed to none, not even this Love.


There are many immature souls who frequent the Earth. It is impossible to make judgments upon this or that predicament. The only judgment one can lawfully make is that all men require assistance at some time or another, and that we must be prepared to render such. If it conspires that it is we that are in need of such assistance, then we are to ask and be glad and humbled; and not to be intolerant of our own failings. All men would prefer to entertain true success! No one is alone in that.


Truth has an uncommon beauty, the soul too. Every soul is one single truth, livingly stated. Furthermore, little Heaven and greater Heaven would not compromise that enspirited soul. We would not be without one! For in truth there are no vacuums in space - gateways to higher worlds yes, vacuums no.