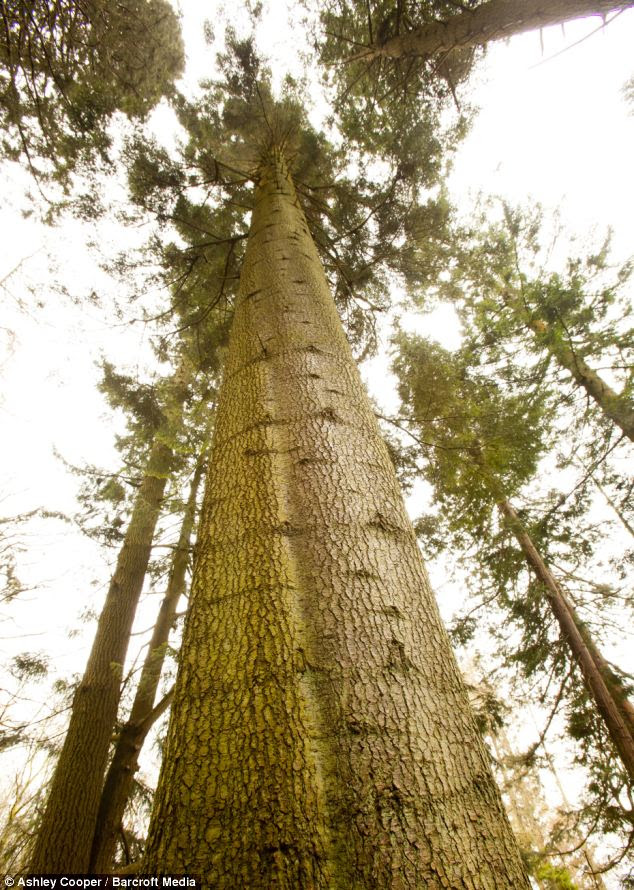 TREES stand erect from the ground in which they are so firmly rooted. Upright, they have sprung up through the soil as great erections shooting skyward. The outer foliage and smaller branches which then swell horizontally from the vertical erection are but secondary to the primary impulse pushing the growth from base to tip.

One may witness the fur on the hide of an animal bristle and stand erect when the call of the moment has excited them so. Along the shafts of the hair which stand protruded and spiking outward, one might picture intense streams of magnetism flowing from hide to tip, and out further causing the fur to respond in stiff and pointed manner. Especially around the neck, a man may feel the fine hairs respond in a similar fashion at times, and also curiously, as with a cartoon character, the hair on the head may arise also when provoked with great and startled currencies, alerted and inspired as from an inner summoning.

The most obvious example - and a fine one it is - of the impulses and changes apparent with regards to erections, is of course that of the genitalia, whereby the vitalities so stimulated and summoned hence, cause rapid propulsion, expansion and a streaming forth of fiery magnetic essences which again do ray outward from base to tip and further.

This is primarily the masculine expression which is specific to the man/woman relationship of all matter within Creation; that there is a great channel through which the cosmic powers may collect and be so emanated through. Ever upward they do propel and force to limitation, and are emitted in ejaculation therefrom. This process is most vital and basic to all forms of life. Whether it be through crystal growth or young shoot from seed, it is required that the ability of forceful erection needs to break the limitations of gravitational urgings and become self-expressive.

Man himself stands erect in the world and this is also expressive of his powerful ability to do so, and characterizes those cosmic powers and vitalities which are constantly at play being channeled so perfectly through the upright form. Again it might be said that this ability, this commanding erectness in relation to the world, is masculine by nature. We have stems radiating outwards, from high impulse into gross matter, directed through and then directed back into the higher spheres, thus transformed and transforming. 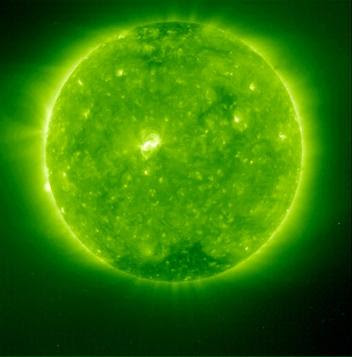 The Sun's pulsing rays come from an inverted power and presence that is by nature spherical and in all directions. Now unlike the power of the erective force, which is exacting, the Sun's emanations stream from the entire circumference out from the central point - inner to outer, unregulated. The womanly aspect of Creation is totally differential whereby the emanations are nonspecific, but rather stream from center outwards. There is no base to tip and so forth, but rather center to circumference (and further).

One may witness this too in regards to the natural world. For all form must be self-enclosed for a time for it to remain as form. Whilst there are necessarily needs for great changes - hence the masculine, to break from that complete form during transitional episodes in growth - it is the womanly impulse which is so containing and protecting, holding back the streams of flow and committing the tension of the exterior to be evenly pronounced, so that it might be self-protective.

The flower is a perfect example of this. We have the outward expansion which is manifold and balanced, and the forces are transfused from bud to petal. The petal is not as a spike or a spear, and also there are many, which go in differing directions radiating out from the center; whereas the masculine inclination is from one point to another, with all of the force so directed. The flower diffuses and gives evenly to each and every petal, streaming and radiating in an all round expression.

The propulsion to move forward, as with darting fish or for that matter, motor car, is also the masculine inclination; whereas the inclination for fiery combustion- i.e. the digestive system or the engine- is rather the forceful inclination of the feminine aspect which does enable such outward propulsion to ensue.

So the female may also gather together those vitalities so imparted by the male and transfuse and balance them according to the expression of life which is to become. This is a natural enhancement and most necessary, as one cannot exist without the other. For the male without the female would project outwards into eternity with no home to be received in, for the actual expression to be perfected and in any way lasting. Whilst the female without the male would have nothing so received to thus transfuse and balance and work upon to enable great and meaningful creation- many sparks and no combustion, much ether with no ignition.

There are times during the course of one's life where there needs be direct and forceful action so taken- a specific directive with specific target, infilled with vitality, infilled to the limit, charged with intensity so summoned by us. There are times in which we must impregnate much of the world by our actions, by our deeds and by our thoughts. We go forth in our seeking, in our summoning and through our emanations, we then come to expression. It is the experience and the expression so infilled that completes the singular and pronounced directive.

And with the heart of man, as with the sun, the emanations which impinge (those which are not deflected back), are so received and transfused and given up to a total expression. This radiates inwardly into higher expression, and then back outwardly into a refined circumferential emanation.

One must remember the impulses of erection are never from apex down, for any returning impulse is from the transfused, transformed radiating emanations. If one is to degrade or compromise the consciousness, the soul or the senses by means of such activity, one does contradict the essential law of Creation by affording so. Example: If I willingly lower my consciousness, through subjecting to sinful activity as a prime directive then I do not aspire - as in upwards - but succumb to the dictating impulses which have thus drawn me. A sin is unproductive as it requires a compromise which dictates that a higher impulse become drawn and dictated to by a lower mean, rather than transforming from a lower base to a higher apex and then onto an elevated average. Therefore it is imperative to Creation that one is excelled and motivated always towards that which is comparatively unobtainable in order to grow, expand and reach that particular objective, that it might be then received and diffused and so worked upon that it develops and radiates back much expression in return.

We have firstly: [horizontal] which is the world, and then, [vertical] which is man erect in the world; thus we have: +. 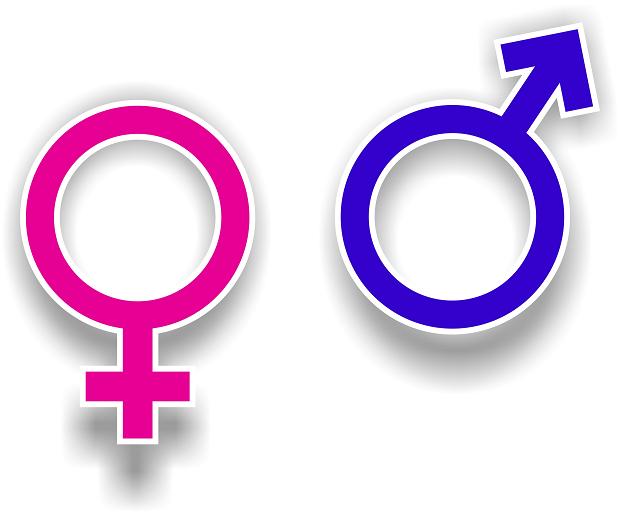