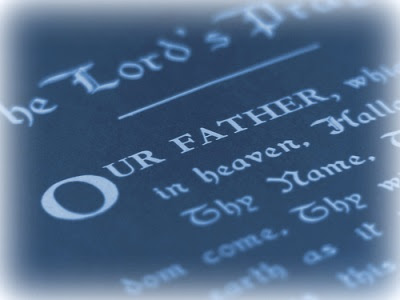 Our Father, our dear Creator, of us, of all of us,
All hallowed be Thy Name, we hold it most sacred to us,
And do know this Name to be
That which is our very substance.
Thy Kingdom come,
As no other does fix the Eternal Law,
From which all laws are born.
Thy Will be done,
For this Will does cognise all manifestation and command all form,
On Earth as it is now in Your Heaven.
Give us this day, as we embrace Your Eternity,
Our daily bread, as we ask You to sustain us eternally,
And forgive us of our errors,
As You did make us with fault and flaw,
As we forgive all others and release them from our fixed ledger of debt,
And commit them to Perfection rather than Sin.
Lead us not into temptation,
And if put to the challenge, may we walk in the shadow of Your example,
To find the light home,
And deliver us from Evil,
That by Your Power and Presence all evil may be transformed,
For Thine is the Kingdom,
None other may presume,
The Power, everlasting,
Holy, Pure and Inextinguishable,
The Glory, we do rejoice, and shall make You proud,
For ever, and ever,
In the Eternal, in You, as of now.


"That which I do take for myself, unto myself.
That which does sustain me:
Be it filled with the fire from the Twelve,
And so divinely imbued,
That I may tolerate life and life shall tolerate me."

ONE'S daily bread is that which is given from the Father that we might BE and continue to BE. For all that was, is of the substance of our dear God, and it is to Him that we seek assurance of His Divine Consideration for our continuance.
All life must be sustained through Him, from whom we have been given our substance. It does well to remember this and give praise for such; and to ask that we may be granted further life through His Grace.

The Lord's Prayer calls for the salvation of all men. When pronounced in humble utterings, quietly spoken or fully choired in Mass, it does plea on behalf of all of mankind. "Give us this day, our daily bread" instead of "give me this day, my daily bread"- contextually it speaks for all men, whosoever may ask of it. Just one man alone is far better than none to express the sentiments that are carried through when beseeching the Father.

Man has been overwhelmed by the illusion of separateness, of isolation. All of the realms of devilish temptations would have it this way. But they cannot cut the bridges which carry us over the deep waters. There are those who defiantly work to restore such bridges in hourly need. The Heavenly Host are here to be sought after. We do pledge ourselves in obedience, and respect shall be granted the same.

We may still fall into error and ask for forgiveness; and to those who err by us we grant the same in accordance with heavenly design. In the recognition of there being a Law and a pledge to abide by such Law, we acknowledge our true station which is fixed between feeble fallibility and indestructible divinity.

For there is but one Kingdom; all other principalities are but as dung and mire. One King for one Kingdom, one allegiance to one very definite God. Who are we to defy our Maker? Do we turn from the One who in very Creation did breathe life and form into our being from the first? Who may challenge and exalt themselves higher? Who does try to lead us from the immutable quest which forthrightly compels us so to seek out our true and proper heritage?

Would that the day would come, when that which is spoken in such phrases of said prayer lived in the hearts of every infant, adult and elderly man and woman. If in entire unison that which is Man did return to shake the hands of the Heavenly Host, and transformation entirely was manifest. His Kingdom shall have reunited with every speck, grain and corpuscle; illuminating every dark corner of physical existence.

Restore the Heavenly order with Heavenly impulse, and Heaven once more will reunite in marriage with her sad, most forlorn lover, our Earth. New mountains would spring from the ground. New rivulets sing, awash over byways, through channels down to underground ravines, bringing sweet water to stagnant pools. Men should sing from organs alike to none other known before, the praises. The voice so pure and so powerful, that one note may command physical matter.

When all men are in one accord, they will know and come to recognize the stirrings in their brother’s heart and mind, without such need to physically phrase conversation. The racial bounds of language have no distinction in this the future communication.

Glance into that world which extends into the forever where men can determine and create all form by themselves with grand design. Blossomed: the talents acquired in perseverance, concentration and application, through to such creativity.

Here a structure, there a landscape! Lo! See through this window! See the house I have built. Hands of beauty, minds that are pure and determined. A plastic world obedient to Men, who are obedient to the Father, and self-become plastic to His Fashioning.

It is difficult to describe such conditions, but not so difficult to realize them, as they are already in place and frequented by us in our nightly peregrinations. Us? All of us, if it would be but realized and remembered. 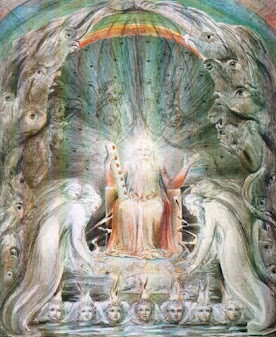 The sanctuaries of the soul do surround and comfort the soul. We pray that our humble daily waking consciousness shall recall that essential existence bound for physical transmutation. Why forgetfulness? Why the delay in meeting all of the Earth with that which is in the power and grasp of Man inherently?

We are as blind puppies who know not the world, as in time it shall become reality to them. We stumble and fall with untried limbs, wade through our mess and make for the milk.
Posted by Bruce at Tuesday, May 19, 2009