RAZOR sharp accuracies, definitively speaking, are as the will-o'-the-wisp, save for fundamental mathematical notations, however one may hold a sense for accuracy, one which, alike to a focus, narrows in on any given specific and pinpoints it as such.

It is a complex question: that of defining a true and exact accuracy. Accurate thinking when applied, is both satisfying and stimulating, for the closer one is to a specific, the closer one may come to the comprehension, the formula, and the actual sense of reality and of the pneu. Usually when one bears down into a sequence of phases of thought, there is an amassing of congenial concepts, which by their structure offer a pictorial representation by their overall grouping. The associations may of themselves be vague, but collectively they depict a decipherable image.

In point of fact, most people who do not work on achieving a consciousness which is awake, quite often have memory pictures and affinities before them, but rarely enter into specifics, working from antipathies and desire without any actual thought in lively production.

Excuse the typist and the grasp of sentence structure, if this is meant to be a pure example of specifics!

The action within a man who is studying a concept with purpose, with defined perspective, is that of a rising up within; much like one would stand on tiptoe to reach a fruit on an upper branch. The cavity of the chest swells and the expression is of expansion. The individual who is endeavoring to 'reach' for a specific feels a push, a direction and a target of which he will find there is a certainty of aspect which is interesting, which actually precedes the 'narrowing down' and the grasping of the specific.

This has much to do with the "upright nature of a truth", as entered into on previous occasions. That we may come to recognize our processes of longing, and also quite rightly, hold certain to the manner in which we derive our specifics and refine our definitions pertaining to worldly activity.

The notion of specifics does appear to run contrary to the notion of spiritual investigation. One may become bewildered at the possibility that the two may in fact coincide- because it is often presumed that there is little or no clarity in spiritual insight, that at best we will be hazy or shadowy in lofty or inspired thinking. However, parent thoughts do dwell in the upper ethers and are as clear and exact as one could ever experience.

There are two forms of experiencing a lively thought and two directions which one may come by: Firstly, we may reach into a thought because circumstance has drawn a corresponding affinity with the actual thought, and for whatever reason we are within the vortex of an experience which is overwhelming for a time. From the senses up this can apply. In this instance we are not actually striving outside of ourselves for added conjecture, because we are essentially overrun by such experience and are taken with that alone. The time for active thought searching is usually when we are removed from such experience as does overwhelm: Full on or full off.

The second experience of one's thinking is the search for specifics, whereby we come to actually acknowledge the reality of that which is before us, or that which we seek purely for the sake of it and its identity. It is dwelling outside of us - insofar as it is separate to us - and we wish to know further, but know well. It is born from a desire to become correct and 'earthed' within a positive truth.

The search for specifics does not mean that there is but one conclusion. When speaking of computer logic, this is something that a computer cannot do. Another paradox! One would presume that a computer does nothing but, but the machine goes to what it is told is factual, and is as a driven specific, and does not identify the nature or the correctness inherently within its own investigation. It cannot compare, it cannot re-evaluate, and is drawing from a colorless well of 'sameness' as regards details. Not to mention that it cannot conceptualize. It may draw graphics as a grouping of set point- square references, it may assimilate sequences of play or of search, but it cannot hold concept.

I wonder if the phrase 'there's a light at the end of the tunnel' is talking about death. In our search for specifics we may wonder in all honesty, how we should know if our progress goes well. For clear and sharp thinking with lively investigation is not always recognized by the disabled thinker. Here is a test one can follow through with:

You stand at the opening to a large and dark mossy forest. At your feet is a rock which you turn over to examine what lies beneath. Underneath there is a depression - quite a deep depression. And as you peer down into that hole your eyeglasses fall off and into it.

A bear comes up behind you and moves the rock back into the hole, flattening the glasses. He then does a dance, takes you by the hand and draws you into the forest. You then sit by a campfire eating toasted cheese with your hairy companion.


Now the point is: what exactly did that story inspire in you? Was it in any way offensive or irksome - or conversely did it feel right? The point here, in the way of thinking is, that one would have to say that the story did not feel right at all. It did not satisfy any moral pictures, it did not satisfy any search for meaning - or did it? If the answer is indeed yes, then the meaning would have to have been extracted by abstract examination, one whereby the influence of the parts of the story were taken image by image and dissected so.

However, the story presented as a whole, is not satisfactory because it is annoying, unfulfilling and ridiculous. That is interesting, because one may be actually enlightened by similar stories which could be held to be equally as ridiculous, but in point of fact are not, because the nature of the story actually has a very real basis in actuality: be it as representation of worldly occurrences or spiritual pictures of soul-life. If we are disturbed within a sequence - such as in a story - then our disturbance will cause us to search for the specific that is missing. 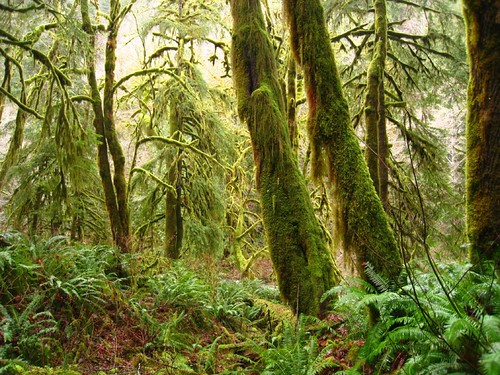 If we return to our dark and mossy forest we find immediately that this is representational of the unknown. That is fine as it stands. We are standing at the perimeters of the unknown - which is just about where we are. Then we find a rock. Underneath the rock is a hole. One would expect to find something in the hole. The hole is unsatisfying without there being a finding, because the story bothered to have us look. And instead of feeling dissatisfied at there being an empty hole, let us put something inside it to be found.

Already we are happier. Our sensibilities tell us that it was worthwhile. The episode of one losing their glasses within the hole, later to be crushed, is very upsetting and provocative, because it suggests to one who is considering the tale, that they have little chance of knowing the unknowable (apart from the fact that they just had the discovery that they needed glasses to do so; that if they couldn't see into the forest before, they have no chance of it now). Very unsatisfying.

The bear is a complete buffoon. He is irritating and commanding, and represents the feeling when everything gets 'out of hand' and one is at the mercy of fate's charge. And we are drawn witless into the unknown . . . by a dancing bear. Only the thoughtless would be appeased by the image of toasting of the cheese as a fitting ending to such a terrible representation. Furthermore, some actually do perceive life to run like that!

It is not a question of pleasing men with entirely happy or fitting circumstances within a story, but it is a case of pleasing the sensibilities as to what feels right, from what feels most certainly wrong. If we do not begin to feel firm about discrimination and confident that we are able to begin to investigate such, then we shall be caught in a forest toasting cheese with a bear, content and without glasses!