TRANSIENCE, in the golden rule book - of precepts and laws - is the persuasion of time, the gift-bringer of all possibility that changes become negotiable. We have permanence, of which one has won the place which gives over the right to remain, and we have transience, the immature, the undecided.

Many beings do not live in time or by time, and their consciousness has swollen to encompass much of what has past within the oceans of existence. Furthermore, because they are not time-orientated, it happens that they may converse with archetypes or even gaseous blow-ins. They may 'peer' at those stories, as brought by whom or what is before them, and view the past, by their cloak that is woven with certain history - impregnated with personal memory.


It is more or less those beings who are within time who do forget- although there are many conscious beings who are not quite stirred to remember anything. . .many an amoeba with only a thought for today! Flip and frivolous!

However, the question was: How can it be that there are forecasts given to great Cosmic outcomes, that certain knowledge is said to be preordained - especially in the case of high beings to whom we may study the nature and influences of.


It is said that the beams of starlight come from a time which has passed many millions of years before. This is in part correct, but also incorrect. However the example is a good one, for in the case of stories which concern great cosmic battles and their outcome, they are purported so because they have arrived at a conclusion - even though we may still hold influences which shower down upon the globe and affect our kingdoms considerably in a manner which is, relatively speaking, out of date.


The influence long carries on, as small waves radiate out from the larger, until tired - and so we may well confuse a god or two for that very emanation so imparted and perpetuated; allowing also for those very elements which are so permeated by such influence as to perpetuate also past impulses, past emanations. This is why certain outcomes are predictable; however, not strictly in the preordained sense. Because, what has already been may not be termed as 'fated'; it is just that it is yet to be experienced within the relevant realms.
Added to this there are beings who are entirely sympathetic to the greater ones, and are either related offspring or related as pupil/successors to those elements, which by nature are so characterized and inspired by their originators - and being such, do cleave to 're-enact' much of the drama which has passed before (way back in the bosom of remembrance). As a play so recalled, so dramatized, these kindred beings do take over the part and become the personified arm or leg of the greater above.


Now in this case we may have a singularly different outcome to that of the original drama. The sequence of events may alter but be based on those terms as laid down in the greater heavens. So one may not so easily distinguish present day occurrences with those which have gone before; and it is to the point of great initiation whereby one may actually view the earlier sequence of events preceding these. Yet if one is to hold an affinity for qualities as witnessed raw, magnificent and awesome, it may well be difficult to return with an objective attitude of history and law.

All great beings have living representatives. They may also be divisible of themselves. They may also have lower offcasts which are of themselves and duplicatable. They may leave their impressions everywhere. We should be overcome were we to come face to face with even the shadow of an exalted being. There are even those who are hateful and loathsome in the extreme, but so magnificently so, that one would be 'taken' by the magnificence and strength of their emanations. We are most protected from such visions.


There is one who has tamed Himself that He would not overwhelm to distraction; and we are His in duplication, for He is the King of remedies. How may the elements coexist without warring? Without such domination as to pre-decide, what shall make a man a man? It is because of the properties as given by Christ, of Him. Otherwise we would be rent apart or overshadowed by such beings as do also hold elements within us.


It is the happy mix of divine toleration and resistance which inspires a man most slowly. It is time and the manifestation within. Even with guise and guile, it became preferable for man to dwell in 'sleepy hollow' than combat the forces, naked and without armor. 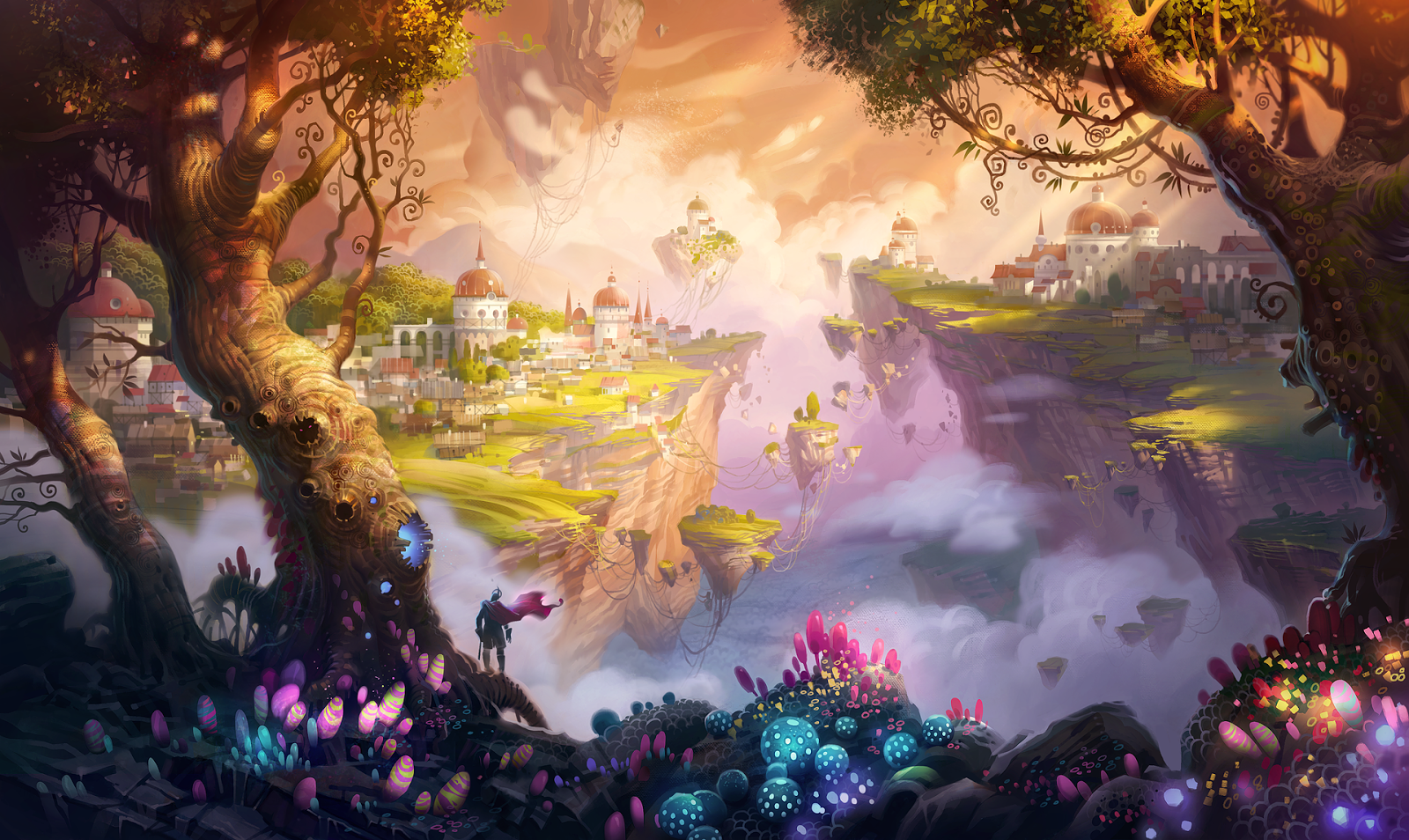 Transience implies a position which is not fixed. It is within the ability of Man to duck and dodge, to warp and weave, to run, jump and sprint... through powers, be them the smaller or greater. It is this freedom of agility for which he is most envied. And only such is it the way of Men, because of Christ to whom this is attributable. The Powers of themselves are disproportionate and persuasive to dominate. They characterize certain definition, without ability to encompass a mass of qualities; particularly within the immature souls.


Therefore one can forgive a god readily, if it is said that he does 'want for his own way', for to him there can be no other - nor question of it. Without some measure of resistance to his charming nature - whatever the impulse/impulses brought forth - one would be beckoned into a reservoir of his design and tempered accordingly.

How marvelous it is that Man stands at the juncture of true character forming! This is god status, with choices not even they have been afforded. Of course there has always been the argument that it is desirable to be extremely good at one thing rather than not particularly able in a score and multitude of others! And this might be so to some- however, there is time! And after time. . . some other time! (Another form of time - the same, only longer! A joke.)


Here we may come to another point: about development. It is assumed by some, that there comes a time when the innermost struggles do cease entirely, that one might 'overcome' their self (which is poorly worded, for this is not the case), and be in total accord. Having said that, one wonders how this can be so.


We may assure you that it can become easier to manage - to receive assistance, and to cite problems and weigh them as all good challenges. But who is so developed that they may actually look a god in the eye - malevolent or benevolent - and receive him within and be unchanged? You see, the sharper one's perception becomes, the more defined and the 'larger' the realities of such impulses become apparent. How can one really believe that they are beyond the entrapments and enticements of jealousy or envy, for example? For it may be true that particular forms of jealousy or envy are to be 'rooted out' and disclosed, and that we may be foreign to they who are at the apex of such streams of impulse. But on the other hand, there are higher forms of such, which we must be on guard against, and to the larger part, resist - if it is undesirable to do so, for one must remember that jealousy and envy hold their upside too - the springboard to much development has been such. So it is a constant re-balancing, a re-ordering within one's abilities to make use of such; and determine and redetermine. However, the matter of taking on the God of Jealousy, single-handed or single-minded, is preposterous. Even with an army of angels looking on, it would be the folly of conceit which would suggest that development is such - simply because one strength would negate another. 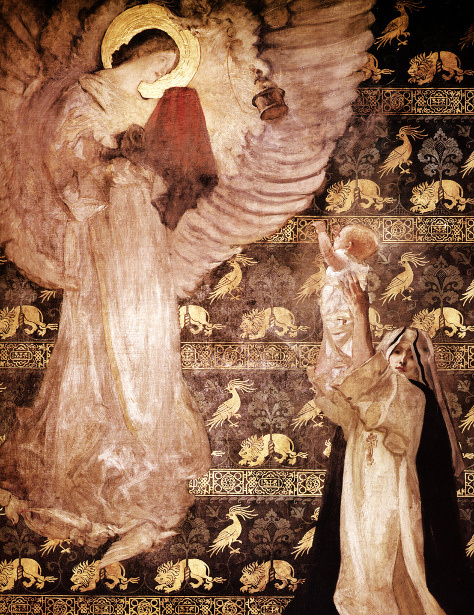 It is precisely the innocence of Man - the ingenious stupidities - which do save him. Those and of course, our beloved Christ. For He is the way out from the veils of Stupidity. (Caught between the Rock and a hard place.)
Posted by Bruce at Friday, January 15, 2010