ASSOCIATES, affiliates, congregates - the specter of business and the fellowship of business are warring in multinational-based trades. There are armies of men united through enterprise, manufacturing and sales - scores of individuals who have happened to depend on 'the company' for family support and financial gain; each with their respective game-masters, each with strategist. The monies flow and the sales teams push and pant and attempt to win the buying public's dollar. No one is sheltered from the intricate network which binds the financial markets to all society.


There has never been a time quite like this one. The proportions of freelance strangleholds, the 'little lords', the grafting on of a new royalty, the sifting of men, the corporate beastie! Commerce and trade are not new to the world of course. But what exactly is new are the devious and plotted paths that businesses as entities themselves, stalk the world. Some of these 'armies' are as large as the largest fleet, the biggest artillery. They have their own flag, their own identity, and associations which go back to the earliest memories within their employees' minds. Brand names, trade names, logos and their catch phrases: these are examples of the ways of business, 'successful' business - what all businesses aspire to.


"So what?" I hear you say, "Free enterprise is a marvelous thing"; and the notion that men may produce ingenious articles and disperse them throughout the world is a grand and exciting concept indeed. The wheels must undoubtedly turn, and there is need and want for such companies to tend to. But what is not foreseen, what is not readily interpreted, is that each corporation has become an entity - not only a 'legal entity', but in truth is an entity of itself. And the nature of that entity is very much characteristic of the nature of its produce, the nature of its management, the nature of the men who reflect their conditions, and the nature of those impelling entities which have in the first place promoted such a product. 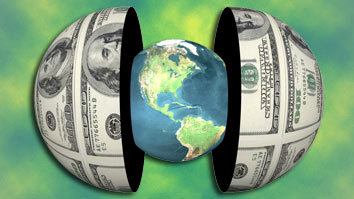 For it is not by mistake or simple fortune that a particular company shall dominate the markets and take its larger share. One must understand that of every contributing company at large, there is enormous consequence on the face of humanity. There are sections of altered circumstance and altered peoples, because of those contributions as made in the financial world. Dealerships disperse and make available commodities and conditions which hold bearing upon those lives to whom the contact is made. And concurrently, the karmic net widens.


If one could watch the undercurrents beneath the Wall Street flow, they would be enabled to predict the passage which is cut for future trends and the cataclysmic battles which are currently in preparation. For this war, is a war, and the protocols of polite trading with moderate profile, are symptomatic of the calm before the storm; because it is the nature of all of these competing beasts to devour and enlarge, to consume or be consumed. This is why the money-market system is of itself doomed to re-sort itself in ways larger than even it, could predict.


The challenge to all men is to temper their creations with pure motive of assistance, rather than profit. This shall be the way of the enlightened future, when men may trust that wherever a need is answered, the upkeep of the business concerned will look after itself. That the basic law of provision, is providing; that the ledgers may not indefinitely waver. It is productivity, not profit, which decides the worth, the value of an enterprise.


Any organized body of men becomes as an almighty power within the world. It is a marriage of mutual labor and an effort of minds -deliberate and protruding. The camps and families of companies amassed, will become very much related as families (in the blood sense) in later incarnations. Employees and host companies shall become founders of societies, societies who will actually reap the conditions which they helped to set - for better or for otherwise. We have the building of communities within nations. The attraction into a certain organization is of course for the most part, deliberate and decided by the individual himself. However, the longstanding results from such industry of which he is a part of, is not known to him consciously. 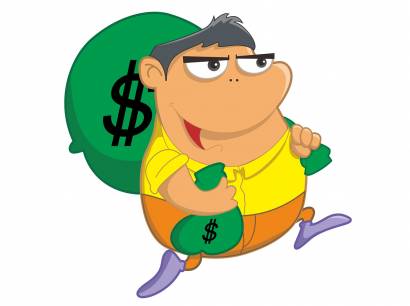 The original tax-collectors would draw provisions from the payments, for themselves-this being wages, therefore based on the amount of monies collected, rather than a 'fair day's pay'. All in all, one can see from this system, whereby the overlord collects his dues, the tax-collector his rent, and then the chain of barter beneath - economy began as economy still runs.
Posted by Bruce at Wednesday, January 13, 2010