The Light of Christ Will Infill the Many- 26th December 2016

Churchology and Christology will become the driving counter movements [to the anti-Christian forces in the world at present] as this century progresses, and beyond.

In physical numbers it will equal and exceed all of the Christian orientated souls ever incarnate in total within this world.

In other words, not only will Christians reincarnate and take up again their mantle of unction repeatedly, there will be revelatory conversions that will sweep regions throughout for eons to come.

Christology is not an ancient impulse, but young in being, and becoming. It is ancient in origin - of the first and the last - however, its manifestive representation within the sphere of mind and heart, and egoic recognition is naive to this Humanity and its evolution.

And, unlike social or ethical agendas, unlike group spirits or group consciousness, it adds to the ability of its constituents, rather than taking from them. It lifts up its society; giving gifts of peace, of grace, of imagination, of prayer’s portals, of empathy’s consideration, of a membership and perception into the largest universal family of humanity.

Christology offers the angelic protectorate; the sane counsel of the ancillary gods; the access to divine and inner knowing; the fast track out of the circuit of karma.

It is the true conservation movement - for all souls, animals, plants and foods - begun in Christ, sustained by Christ, eternal in Christ. Not all those who say who they are, are genuine. The Devil is known for his misrepresentation of the truth about his own nature - he is the master deceiver, the illusionist, the cunning, with a face so horrible he learned time ago to hide it well. If you saw the Devil for what he is, you would run from him. He is genuinely repulsive to Man, for his one intent is the destruction of Man. Therefore, it is natural to run from him and all that stand with him.

Yet he is so easily recognizable. In this, the Devil is a fool. And he is of the ancient ways. He should have died out from the sphere of Man long ago. He has no place here - he is not wanted. Demented and hateful, most vile and pitiable. Yet, he must not be tolerated or accommodated.

One can speak plainly and name something for what it is and does. In this way the Devil may be called out - for primarily this is a spiritual war with interior tension, and the recognition of deception is the cleansing of its force upon us. 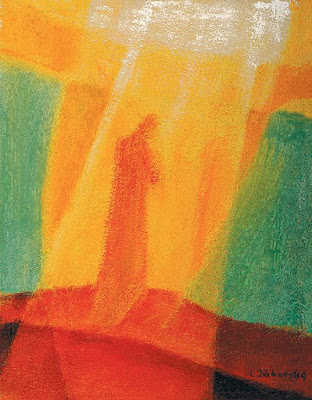 It is, and will be, so wonderfully simple. The Light of Christ will infill the many: and they will come to know of His Presence, His Conscience and His Charity with tremendous clarity and fulfilment.

The ages upon us are rich with consequence. This is a period to rejoice … for the knowing is nigh.