COLORS express and expel certain fragrances or 'tastes' (more correctly), and may well be thought of through these connections. We are all familiar with the taste and scent of a crisp, bright green. Of course of all of the colors this would be most understood by us, for the doorway into etheric realms is colored green (that yellowy bright green).


Colors do differ in degrees, and by such shades are very different in character and in tone of what it is that they represent. Two greens may resemble each other barely much at all, save that one might recognize them to hold the essence of green within both. However the light and one or two other ingredients, shall determine the nature of their qualities. (The one or two other ingredients may be: essence of blue, essence of yellow, for example.)

So it is the combining of essential rays which promote the overall hue which one color will recognizably predominate and rule - and that which is distinctly the 'loudest' is what is known to be that color. However there can be a turning point, a mingling whereupon one cannot decide if the green is in fact a blue, the blue a violet, the red an orange, etc... It is these particular mixes which are very exciting, because usually they are vibrant too, these 'twin' colors. (It is a little like the argument about the tomato being a vegetable or a fruit - red or crimson?)

Although one may split colors into basic divisions of three primary, seven spectrum etc., one cannot fail to recognize that the palette before the eyes does incorporate hundreds of thousands of combining hues; which by contrast are all very different indeed. They are unmistakably different (for those who are fortunate enough to have a healthy eyesight), and are doubly unique in relation to those other colors which surround and contrast them.

In point of fact, it is far more difficult to match up colors exactly within a room or wherever, than it is to find them all vastly different and contrasting. When one does find a pair (or more) of matching colors (most easily in reproduced - printed material for example) one will discover that there is a sympathetic field between the two. Folk that have tried to sense colors while wearing blindfolds and using finger impressions (on or off) might have best established those colors which are as matched. So rather than knowing a green from a yellow, one could distinguish that, yes, these two are the same and these two are not. By this one can find that those which are the same - as in exactly the same - hold an extreme sympathetic resonance with one another.

It is no mistake that uniforms share replicated colors. The football team will actually play better together upon all receiving new guernseys - because after a short while there shall be a degree of fading, and shades will be distinguishably different. Conversely, if one wants to remain apart from such a group where the uniform is compulsory, one may alter the hue just a fraction and much relief will be gained therefrom.


The colors (the natural colors) of our foods ingested, are of extreme importance. Obviously fresh foods are preferable, and one may recognize a healthy and desirable color immediately as opposed to that which is unsavory, unsightly, unattractive and unpleasing. One should definitely become aware of these differences of radiance of color-tone, and the qualities of that food will be known very much on this basis. How cunning the industries who elaborately tamper with the coloring factors - and how interesting that a child will find a highly colored jelly (brilliant green, or purple) to be attractive, rather than a neutralized shade which appears more naturally edible. Now the adult would normally hold an aversion to a plate full of severely colored food, particularly if the food family was colored contrary to its natural colors- if the broccoli was blue, the meat a bright red, the pumpkin quite purple, the butter black, on orange bread, and so forth. The jelly becomes palatable because it is formless, and therefore (to the adult) it shall be tolerated to the level of passing through the mouth. The other food however could not be consumed unless one closed their eyes whilst devouring; and even in this instance it would be extremely difficult to do.


Now one might complain that the food had been altered by the colorants so used, and that this was the basis of objection. But here we are discussing first reactions to a fact, rather than other, although relevant, objections. Because no matter how satisfied we were that the food was harmlessly altered - with natural food dyes for example - we should still make the objection, because we are intimately bound to that which we eat, and may discover quite readily many qualities through this experience. By the way, isn't it interesting that our first food in the world is white (bluish white)?


Now we may examine two things in relation to color and food: Firstly, it may be argued that the colors of food are representative of certain qualities only, but do not of themselves offer qualities which are inherent in the color. We are inclined to answer to this, that in fact certain colors are great representatives of many things, but also do of themselves emanate qualities which are imparted to the man who ingests them; or furthermore in the case of there being colors within reasonable proximity to a man, these too will of themselves, hold certain effect upon his personal constitution.


Secondly it can be stated that there are also very real differences in the origins of the color as represented. A color which is inspired and mixed artificially (particularly mineral composition), will not hold for the same rules of qualities in the same way as those colors which of themselves have emanated from a 'lively' article- an organic color. Having said that, there are shared qualities with the very emanation of that color signal, which of itself does lend itself to that family of harmonics: that color range it imparts.


So it is largely a case of both yes and no - and in the case of foodstuffs they will most definitely hold an effect upon the constitution as regards assimilation. However the wrong color will awaken the body to information which is entirely wrong as regards the mix and nature which is inherent to the article. Yes, one's constitution can most definitely decipher colors, and one is not dependent upon eyesight to find colors to be valuable. 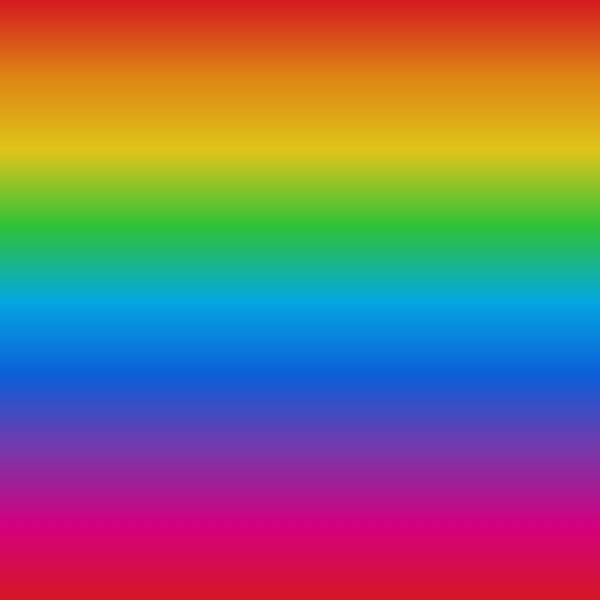 The spectrum tells us of cosmic elements which are actually qualities of impulse, with an indefinite number of combinations. In our perception we find that in the twilight, the characteristics of colors take on an entirely different hue to ordinary sunlit varieties; and as the dark mantle drifts in, the colors become less and less distinguishable. Quite so in bright light also, it becomes harder to discriminate the variations of color there as well. So one is dependent upon the correctness of light received by the sight, in order to ascertain and distinguish their colors. Unless objects emit a luminance of their own (which if alive, in conditions usually unseen they do), then one is reliant upon outer light and its fractions, that they may begin to differentiate at all. It is a standing joke about the space traveler out in the darkness "Hey, will somebody put the lights on!" When one begins to make study of the differing elements which comprises Creation's Nature, they can often begin to recognize the workings of that particular element throughout all phases of existence. If I am to begin to view the nature of colors and the elements of their emanations, I can begin to view the natural world and greater, with this in mind. One could almost believe that the world was built upon the symphony of colors which today it does hold! But no matter how complex, one must be reminded that it is but one element within many, and not the key picture in entirety.


Therefore if one is to consider the properties of a particular green, and endeavor to make use of this knowledge, it shall be as good as far as it goes; but that which is green requires too many other elements besides, bestowed in order to be manifest, in order to concurrently relate to that which it does emanate from. One must remember that there can be a family of general rules, whilst also such particulars which would take lifetimes of notation, as regards the natural world (and greater) in detailed aspects.


Having said that, let us run down the spectrum with our notations upon the matter:-


WHITE
White represents the light from which all colors are inspired. It is as water is to the earth. The greater ego of color, incorporating and making 'space' that elements may predominate in range.


Colors which are undifferentiated in time. Unseen. Black is not a color of itself, but contains as many colors as there are, unillumined.


Blue is the impulse of serenity. Serenity does actually exist. One must remember that all inner experiences known to man are outer realities so known. Blue is the impact of divine continuance, it holds the wisdom of that which has gone before, that which flows throughout the ages and spills into the present. Blue will not only invoke images of water - because water may be green, brown and so forth - but rather, of thought which is content and inspired, depending upon the violet, or the yellow content. Essential blue is serenity.


Yellow is verily the color of hope. Hope tells us of possibility, and brings forth those qualities of possibility. This is why it has been known to be the happiest of all colors - entirely fresh, vibrant, with the message of new life and of beginnings. Where it streams it is but Spring. It is essential to life.


PURPLE: (Red/Blue)
Purple is by definition the color of sanctity. For this reason it assumed regal propitiousness, but moreover is the harmonious balance between the two opposing impulses within Creation. As discussed before, Creation is unpredictable, and yet the laws of Nature so created are but steady. The paradox between the relationship of Blue and Red so united is that serenity is as far from the driving will as the doing word is from the verb! And in this union we come to holy sanctity, that the two may be manifest within the one: purple.


Crimson, of course, tells us that the will is predominant as impulse, and that the active principle is concurrent with an underlying serenity, however, very much motivated.


GREEN: (Blue/Yellow)
Green is the color of new life, of manifestation. One can see that such a combination is as a great force of inspiration, for both hope and serenity make for peaceable relations, drawn down into the world to nourish the old.


How active a color! You can feel it jumping up and down, pulling at the hem of your garment! This is the color of youth. Dynamic, ceaseless, vibrant, the impulse of hope activated with great and motivating desire.

Thus outlined are the general fields of impulse as acquainted with the spectrum. The gradients of pale to dark indicate impulse spent, impulse weakened or impulse unseen. In the case of a dark hue, it may be that it is at a turning point of change, that there is a conclusion impending. Speaking of which, we shall conclude today, right here.
Posted by Bruce at Sunday, January 10, 2010