And so it begins -


Death is a dance - it holds its own cosmological syntax and cannot be truncated or obfuscated.


With the exception of murderous circumstances, the timing of any individual’s death is to the very second suitable and although it may appear that there is a decision of sorts with this timing - i.e. a hesitation, a farewell, a timely moment that belongs within the earthly realm - the process is preordained, and for this reason: that death in consequence occurs within the spiritual spheres before the physical body deceases. The one does not follow the other as is often pondered.


For the physical body does not ever dictate to the spirit anything of any matter. It can and does inform, convey, communicate and sometimes inhibit … but it is always the conformist, the silent partner to incarnation and its processes.

The incarnating ego of an individual knows, senses and decides all matters from the soul firstly.


Of course by appearance it is very easy to be misled into thinking that we are solely motivated by physical needs and material thoughts. However the basest of men and the slowest of the elderly are finely attuned to the rhythms of the unseen currents, and the wisdoms working within and without.


In point of fact the experiences we have during a lifetime are so much more significant when viewed from the aspect of the soul.


It is very much alike to that part of the birdsong our ears cannot hear, or the colors as yet not seen - we do not necessarily perceive the impressions and interactions of our soul’s life at present - but the richness of this experience remains, and when conscious recollections are so visited, the many reasons and natures are appreciated and further understood.


Life could be seen to be a barren enterprise if much of the day was simply as it seemed. In truth, one could wonder at a Creation that sought the noblest of beings to enact but the mundane, and that being the one and only purpose. But this is not the case. Every footfall is part of the cosmic dance that is explicit with deep meaning.


Just as the planets hold their relations within the boundaries of movements and magnetism, the incarnating ego is aware on its commensurate planes of existence just as to that exact position it holds.

It feels the sun from the direction in which the rays are broadcast - it senses the proximity of others and their natures toward themselves and their influences great and small. These aspects of the soul are sensitive to all of life - all of the complexities - and over time (a cosmic time) can go back and see and feel with full knowledge of the life they have lived.


And so one can begin to understand that it is not just a review of places and times and humdrum or drama that is re-seen, given witness to.


It is not but a dream in the retelling - but much more with a cascading complexity that will infill the mind with ideas and inspiration for eons to come.


The pictorial aspect of the soul and the emphatic impressions it receives are first and foremostly strikingly beautiful. The very first intake of any knowledge has this effect within one’s being. The soul would not choose to see something - and in most cases could not see – that which was darkly, horribly constructed.


The first impressions are always those which take in the beauteous aspect of an event, a nature, of a time or another being. This is the greeting from one to another - the image of a place - the representation of a reality. The first ‘sense’ impression of the soul is in that receiving of that beauteous impression and the understanding of that cosmic reality by the tones of its beauty so given and received.


These ideas are not romantic or poetic or abstract - they are of the science of the soul itself. This is why at the beginning of this paper it was said that the process of death could not begin to be understood by material reasonings or perceptions - that the cognitive perceptions and reasonings do not and could not relate to the processes that give up and unto death; that the passage of the soul that passes out from the earthly realm and back into its ordinary habitat, are given to reasons and impressions that are from a vastly different perspective and motivation.

Also, to add to this is the comment that the operating consciousness of an individual is at the one place at the one time; yet having said that, the individual is consciously interpreting life in all of its aspects concurrently - it is just focused on the one significantly.


Added to this consciousness, self-consciousness and the expression of such are all very different modes of being. One can reverse their thought on dreams to obtain a clearer view on the physical expression of life as we know it. For example: it is commonly thought that our day-to-day conscious awareness of self and surroundings is the prime predictor of reality and has the clearest vantage to life and its meanings. In other words, it is the thought-world that is entertained by our active brains that determines our best judgment and expression of the world and ourselves.


Already one can see within the sentence a flaw in that prescription - given that the mind is limited to the selection of worldly thought utilized within its reasoning.

Some individuals who are given to esoteric thinking can utilize ‘higher’ or more subtle thoughts - they can actually think with a modernized mind that is more predictive of future man than the ordinary man today.


The filters and differentiation employed within this thinking actually precludes an array of paradigmatic clusters - and so not only does it have the ability to draw from an advanced selection, it also precludes a great many groups of thoughts that are as the ‘dead wood’ of the tree of knowledge.


This aspect of preclusion is no handicap - but a service to the thinker. Most commonplace thinkers are imbibed with the older aggregates of thought, and like barnacles upon a rock, find them hard to identify and pluck off - even if they had the know-how to want to - calcified thought bodies that are residual to the age, yet also very primal in their beginnings.


Thought does not break down, it does not leave the earthly realm and is taken up by the incarnating souls, who largely by proximity are most influenced. It shapes form as well as conscious thinking - it really is the stuff from which the physical world constantly recreates itself daily. For this reason alone it does need to be indestructible. Imagine for one moment what would be the implications if such pre-matter matter was, if it were transient, less permanent and dissolvable?


And so we have these bodies of thought-matter that have pre-existed manifestation and continue to remain.


Therefore, when contemplating the forms of thought that bring future learning and ideas into this world there are two things required: namely the ability to perceive the more subtle thought that is yet to become substantially received within the world, and also the ability to preclude that former body of thought that would in itself literally battle in contrast the wisdom to come.


And yes! it is not only people that go to war over ideas and ideologies! It is the very beings of thought that do this as well.


And this battling itself is where the men of old first picked this up from.


There are races of men who do not battle thought and are perfectly capable of scholastic enquiry without subjective interference - but then there are others who are so strongly imbibed with the living concepts of contesting ideas that they bring this aggression into their behaviors and future learnings.


Individuals carry their predispositions with them over lifetimes, and although they are subjected to the given thoughts of region and time, they are given to limitations and inclinations that have formed consistently within their conscious world thinking.

So said, the most limited of individuals can progress if the local bodies of materialistic thought begin to give over to the new thought brought in.


Old thought defends itself and would aggressively contest new thought coming in. Esoteric thinkers of the ‘new’ thought are not afraid of confrontations or oblivious of their contests, but they do not aggressively seek them out, initiate battle with them, or enjoy such interactions - largely because they are sensitive to the stubborn thought they have selectively dismissed throughout their lives that is knocking at the doors of their minds and their beings persistently. One may be able to preclude the thoughts, yet still hear them rapping on the door!


When the process of death has begun within the spiritual worlds, the consciousness is immediately loosened from its affiliated thinking.


The term ‘affiliated thinking’ relates to the whole conceptual status of the individual - whether synthesized through new or older configurations and recollections. This affiliative thought body is dismissed by the soul who is now operating a consciousness outside of their physical body in every respect.


This can take place years before the actual death occurs - as in dementia - or in the days, hours or minutes just prior to the last breath. 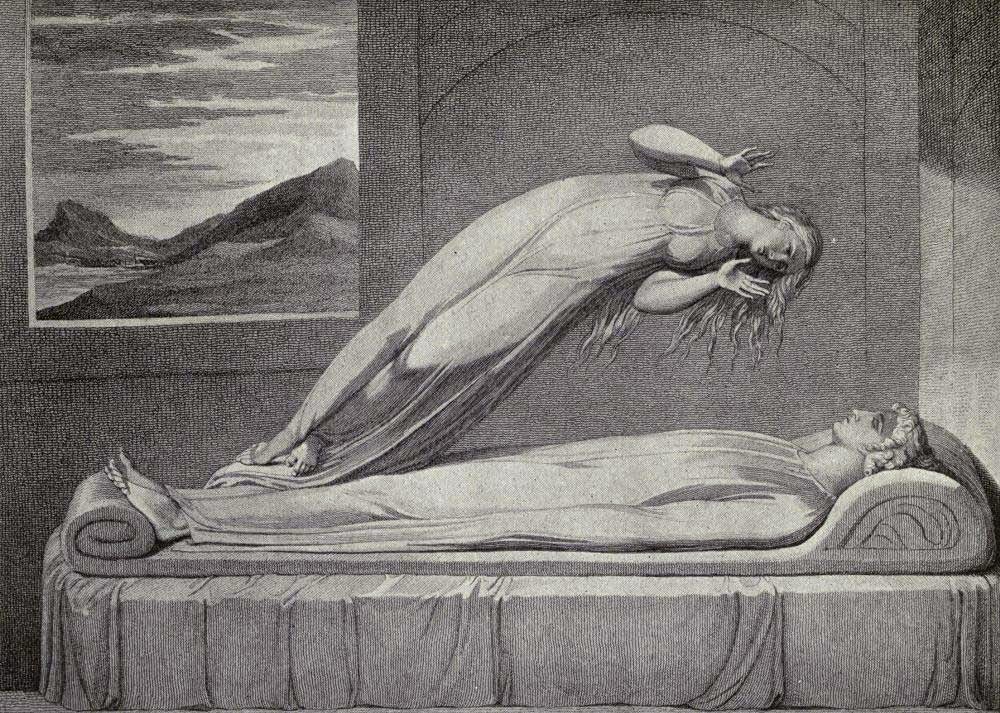