How come the pretty mirror-bell,
To stalk the graces of the night?
Who deep enfolds with great inventory,
Whose magic summons all manner of priority.
And come thee hither,
Towards concealment,
Inscribe thy name on such bleached parchment;
And know tomorrow is breath now spent,
In hide and hollow, thy mark is rent.

THE inventor of barbed-wire thought more than laterally, conceptually. He who impressed the first egg-carton impressed his fellow men also. Ideas, apportioned and applied, do surprisingly take a considerable time and effort before becoming part of the real world. Surprising, when one considers that the possibilities have been there since anon, and that out of so many people, one, two or three were required.


Industry has certainly made its advances, but not because of the accepting populace, and basically it is not due either to the would-be inventors who would further their maintenance and subsistence. But rather, because of the whisperings of Genii which have so prompted upon visitation, and pointed the way to those certain required understandings. 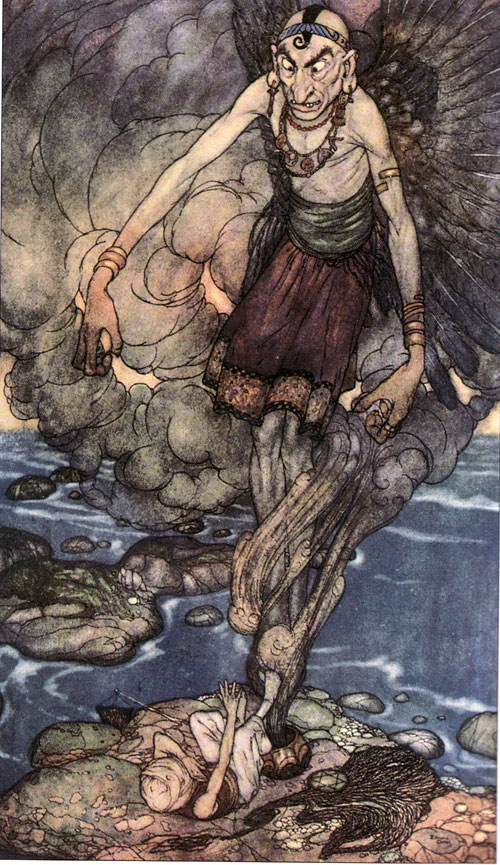 For good or for bad, the inventions flow in and the scramble commences. The 'enlightened' mind is one that enhances that technology which now exists - the leap into total newness has not arrived. Progressive thinking and developing is far different to naive exploration. The naiveté, for example, was dominant back when the Globe was still a mystery. When faraway places were concealed and unknown, folk would speculate and ponder. This is not the way of the modern man today, because haughty as it is, he believes that he knows: that there is nothing hidden from him. Master Science has had it all wrapped up! The naive crevice has closed; and not so long ago when one considers only but a handful of generations.


Worse still, it is presumed that we all know what we do not. Not only have we conquered those primitive places within the world, but we would seek to indoctrinate ourselves as to the value and meaning of an extraterrestrial existence. People assume much. They are complacent as regards their lazy forms of thought. They are complacent about complacency. The extraterrestrial ideology is an overhang from the concept which says Master Science presumes all: that the naiveté as regards mystery is gone.


To some it is shocking to admit "I do not know" - at least without the follow up that "It cannot be that important to me anyway". It is the "I do not knows" that tend to hold the most importance and relativity within a man's life. But the ability to question hard has been blocked within men, blocked in such a way that even sensibility may not disrupt, provoke or submit.


"Doesn't it worry you that you don't know?" you may interject. Watch the blank repose, the face which pretends to question, the eyes that flicker down, the sleepy almost distant reply as they dismiss it with "Well, I guess I never thought about it. Who knows anyway?" End of conversation.


So the question is, why are we not stimulated to question hard. What exactly is the difficulty in doing so?

We have discussed before the child's delight in questioning for questioning's sake. That the child may 'sense' the answer in such questioning and wonder at wonder; if not discouraged by curt or ridiculous sharp-ended replies. And that adults have tended to meet with many a bad experience in their struggles to acquire some worldly knowledge, and are generally all but stifled when it comes to inspired or mystical concepts.


However, there is also a factor in this our so-called 'blockage'; one which is pertinent to today's conversation. Namely, that which we call, Stupidity- laugh you might!

What is the cause, the concern and the nature of Stupidity? Firstly, to make a proper definition as regards men, Stupidity is the inability to know what should be known. It is not ignorance, nor is it mistakenness, but rather refers to that very 'blockage' (and others just like it) whereupon a man holds divisions between knowledge and himself; unsurpassable divisions, which correctly should not be there.

The imbecile is a good example of this, as it is often the case that the man has all of his faculties intact, with no perceptible difference in such, and yet is indifferent to making any lasting connection with intelligence. The ability itself is thwarted, whilst the soul of said individual is generally as any other. There have been attempts made with such individuals to encourage any mediumistic powers they might have and infill them with 'spirit-speak' and entities who could or would inhabit the vacant frame. But this does not work at all. (Thank goodness, of course.) Furthermore, there are attempts of various types of mechanically based teaching, so that in parrot-fashion there is some recall; however, little or no cognition results from this intense learning.

To a limited extent we find that all men are inflicted with various forms of stupidity. The term “enlightenment” actually refers to the removal, the lifting of stupidity- as in 'all at once'. It is not so much that one is hurried into a perception of it all coming into place, although that is a consequence, but that the veil of stupidity has risen, offering subsequent enlightenment to a prior shadowy comprehension.

So one might say that the aspirant endeavors to remove from himself those stupidities which he carries. This is but one of the fields of endeavor, one of the tasks and the duties, forthcoming. Stupidity (stupendous, as in large, unsurpassing) encapsulates a man in veils upon veils, (think back to The Denial of Life) protecting him also from that vast knowledge - fiery knowledge which would otherwise overwhelm his consciousness and render it dumb in the face of such great and glorious activity. That a man might assimilate piece by piece, fragment by fragment, frame by frame, concept by concept, sphere upon sphere, he has the necessary Stupidities which make for divisions between him and the unveiled mysteries.

It may sometimes be the case that one has too little or too much of a 'good thing'. The stupidities are as a heavenly grace. They promote slumber: they lead us into unconscious sleep - this being a condition of passing through the veil, but having limited ability to recall either side of such veil, hence unconsciousness.

Forgetfulness in the elderly comes when they begin to make entrance beyond the veil (a veil), and such passage requires their vitality and their concentration be spent there. Such gentle withdrawal is most kind to a soul who is 'easing' his way into new life and new wonders. Stupidity is enhanced when a man welcomes her enfoldment- to be sheltered from the world, sheltered from painful reflections or that which is decidedly uncomfortable. And it may take to any aspect of one's cognitive or receptive faculties. One may be enhanced and astute in a specialty area, only to become more stupid in another, retrogressively. This may occur for one of two reasons:

Firstly, that which makes us wise does also make us stupid. This is a paradox of the first degree! It is because we assimilate that which we know, we take it unto ourselves and make it part of ourselves. Then, therefore we later hold the ability to recognize and interpret it at a later stage when required. We do draw it out from such experience.


However once one has acquired a little knowledge it does begin to make a strain (tension) upon related aspects within the associated veils. This makes cause for the veils to actually broaden (thicken) in response to this new activity. It does settle down, but in the process of assimilation there is a push me/pull you incorporation.


Secondly, knowledge tells us - usually - what we do not know or of what we have not recognized as knowing before. The intimations of knowledge, true knowledge, are not conclusive or set (as indefinite truths so experienced are), but rather it is a living, fluid, comprehension which of itself is as a plastic, impressionable mirror (albeit ether-mirror). In this way it may be deemed to be ‘back to front'.


Men may become lazy and ask Master Science to do their inquiring for them. It can become second-nature to incorporate the thinking of the day rather than refresh one's ability to stretch and try the limits of the veil. The gathering of knowledge is a wondrous effort which, by the way, needs be experienced by the individual rather than accumulated in the same mode as a computer. Unapplied knowledge quickly dissipates and does not impress the consciousness, nor is it carried within a man. It is something which only modern schools might find useful as a gauge to a student's short-term memory capacity.


Therefore any learning needs be thorough and considered and experienced if it is to hold lasting benefit for the examinee. However, having said that, there is also an experience of knowledge whereby the minor preceding waves of encounter do lead to the tumultuous and larger variety. There is a sequence in learning, in accord with all cycles of rhythm, whereby the small gradients are interspersed with larger, much larger, repositories of that family- usually as a conclusion to one cycle and an entrance to another. And so the veil becomes as transparent in a seemingly mighty moment. That moment has been preceded by much preparation that the knowledge, the insights, are gathered and in place. The larger vista is apparent! A new set of particulars is before thee! And so we go on with precision, and with inquiry!
Posted by Bruce at Monday, January 11, 2010