THE passions of men are rarely distinguished, sorted through and made singly apparent. Also concurrently, one may cite the representative passions in their outer and corresponding variants of expression.

Passion shall arise within a man or a woman, and if it is not realized in one certain mode of expressive release it shall be redirected into other involvements, bringing with it the 'charge', the exhilaration of such experience which would not be known if rather that element of passion had been performed and incited through other means.

Men may be stirred according to that which their consciousness is most encouraged and can give over to passionate remonstrations and exhilarated propulsions throughout, whereupon they have literally 'sparked' their desires - be them perfunctory to the physical world and their metabolism, be it through animal magnetism and its drives and physical involvements, be it through the sphere of artistic love of creation, be it through the aesthetic or mystical relationship, be it involving the passion of prayer, aspiration- even flagellation. A man may be involved passionately with social involvements, working for justice or working for anger. A man may passionately embrace the physical world, and through such concentration on such becomes so entwined in that which the world does offer.

Passion itself is representative of that which we know to be ecstasy empowered. It is the driving force which is called down into that which we focus upon. If our conscious world is most comfortable with this or that sphere of activity, then our passionate expense presides there also.

Habits of themselves will for the most part negate the passions. Passions do thrive upon the unique and unknown, whereupon there is a realization, a confrontation, which through the propulsion of passion is attained. 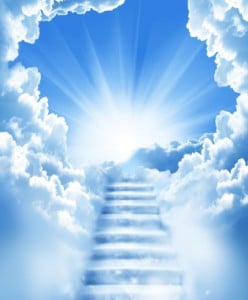 Dreamers often reach out in visions, sipping from the cup of passion itself. The nature of passion is not to sustain but to enhance, to escalate; and it is sporadic and impulsive. It is not something whereupon one may 'level out' or negate indefinitely.

Passion is impartial to judgment or error, to morality or to immorality. Passion is the naive substance of an exhilarating fire which will be used as will, with no 'built in' disposition or characteristic afforded to where it is spent.

It is a dangerous game that some men intend quite consciously to incite and work upon another's passions and therefore frailty. For rarely can men control at will that which is already ignited, let alone direct accordingly and specially that fire which has the power to enhance experience at many higher levels than already realized.

Men and women have not the awareness, but rather are casual as regards their total wellbeing. They may be quite misled by another through those passions which would speak to them of the great, the grand, and the overwhelming. For it does make for great impressions, just as color which has been enhanced or music which has volume increased - and men may not judge the quality of that experience by means of the passion-enforced vitality and measure thereby.

In other words there is much one may be shown in a darkened room which appears to be greater filled when lit, however the contents of that room was always the same before and after, irrespective of the one who instigated greater visibility. Now in that case one could thank the one for such an enlightenment, however it can be argued that one might also waste a fair amount of time in one room rather than viewing another of choice. Rapture may be very persuasive.

Passion enhances that which we experience and takes us a little further very quickly. So what of the darkened room? There is practically nothing which does not hold something of great interest that would not become amazingly significant to us. But one may induce passion for passion's sake and be so seduced by any experience that there is little to arouse the sensibilities without the exhilaration the passion inspires. Therefore if a man has the gift of inciting and arousing passionate inquiry within another, it may well be at the expense of deeper meaning, of discernment and of something which is, of measure, infinitely longer lasting. For as cited before, the nature of passion is not that of permanency or stability, but rather the very opposite. This is why the lower passions when indulged in and expressed, often call for quite obscure and obscene variations to what usually would satisfy the original experience.

Then there are those who through artificial means may take into themselves with pill, potion or intravenous device, passion which becomes all consuming. The exhilaration of experience makes for all experience, whilst so induced, to be ecstatic at first and then because of the 'sameness' of the impressions - to which the passion flows into - the drugs become ineffectual and are replaced with a habitual drive without the ecstasy experienced at first.

None of this is to suggest that we should attempt to become passionless people or that the student who does seriously contemplate the inner path should attempt to 'shut off/close down' that flow of passion which arises. For one thing, every man in one way or another, in one sphere or another, will experience and utilize passion. It is somewhat devastating to begin to close off from that which comes to us. But it is wise also to recognize the moments of intensity and times of relative 'lustless' applications, as being the same experience either enhanced or interpreted in a diminished capacity.

Therefore it is primarily important, as to what exactly we choose to fix our attention upon, regardless of the level of experience thus given back. To know that there are fluctuations and to know to discern certain qualities which are the very nature of our experiences, rather than them being attained quickly and with greater impression.

In old age one finds much joy that the quieter pleasures of life bring. Roller coaster pursuits are regarded as tiring rather than fun. We must examine our reasons, our motivations, our intentions, for involvements; and also that which our worldly or conceptional involvements bring to us and to others. Not to measure the feedback of experience, for in spiritual pursuits there are many who complicate and mistakenly gauge their progress personally by the spectacular rather than the beautiful.

There is a certain competitiveness and aggressiveness whereupon we find that men wish most passionately to climb to the top of the highest mountain and overcome the odds, but the reason for doing so escapes them, as much as it does us. There is a good example in that. For what purpose do mountain climbers climb? If they pick a good day, with good conditions and a rather wonderful view, irrespective of altitude and whether or not it has been done before, well and good. But should there be the element of:

1. They have not exceeded themselves in this way. (Note the need for variety, the newness, the element of passion.)
2. Others have not achieved this climb in this way before. (Again the abject call for variety, which does not pertain to the actual climb at all, or their individual experience or pleasure derived.)
3. The conditions are hazardous. (Who in their right mind would welcome such prospects, if not the thrill seeker inflamed by passion, rather than the experience of the climb?) So from the above example one might see as to where passion and the interpretation of experience may go horribly wrong.

Now it may be that a man decides most consciously that he enjoys the aspects of passion and prefers the sporadic levels of fulfillment and all that it brings; in other words, experience for passion's sake rather than passion for experience's sake. As with all potent brews of life-force one will find that moderation is best and the immoderate do eventually weaken and sicken themselves by the over-action, the over-stimulation, and the overuse of their involvements with this; as well as any other extreme.

At the expense of so many other attributes and so many talents which are so negated by the self-indulgence of the extremely passionate man, one may perceive within subtle bodies, much like holes, dark spots, where there is almost a death to some of the under-used regions within his constitution. It will expend the overall vitalities, and the balance for daily sustenance will be so overrun that the determining qualities from which a man is cosmically sustained do turn upon the man as a poison. That which is not received into ourselves in other ways becomes intolerable.

If we are not to develop the capacity to utilize and channel the cosmic virtues - the cosmic medicinal properties - with certain talents and acquired expertise, we are then 'caught short' of those factors which enable existence and manifestation in this and that region. Thus over-stimulation leads to an arrest of other faculties and when employed and activated consciously with the sole intent of doing so, then the constitution is starved of the soul nutrients it could otherwise receive.

For it is one matter to come to passion through experiences which present themselves and are common to the progressive learning and interactions we thus naturally encounter, and it is a totally different matter to incite passion for passion's sake. It is as dangerous to a man in any form of passion, whether it be through the excitement of the sensuous or the ecstasy of the aesthetic, to employ passion for passion's sake and over-stimulate the need for overemphasized impressioning.

Just as a man who accustoms himself to magnifying glasses does weaken his sight, so too will his ability to perceive actual value within those gradients of experience, which are of themselves, wondrous, especially when come to through progressive attainment rather than by spurious, spontaneous and unstable exhilaration.

For passion may speak to us of that which we may encounter and attain, and will naturally come to a man in many varied ways. No man will be divorced from or without his share of passion. But better to hold passion as a 'sweetener' which says, "Here is the summit of this which you are so involved in. I shall take you further. You, through your desires, your study, your longings, shall come to know this better"; rather than you continually seeking out passion, not for concern or for the love of particulars, but for the use of the experiential opiate which fires and provokes, being then undirected with no channel of reason, interest or love.