EXPRESSIONS of faith which are sincere are signatory and sealant, pursuant to the laws of actuality and consequence. If I endorse my said belief with an affirmation of pure faith, then I am putting to task a living representative with whom I should best prefer acquaintance with.

I acknowledge through affirmation that which is possible and according also, to the best of my judgment, that which should be possible according to God. In constant realignment, in vigil for that which is to remain most precious and holy, I give all of my attention, divert all of my enthusiasm, into that which is most worthy of solemn concern.

We walk the corridors of life's concerns in a semi-diffused light, and much is withheld from the vision that does not immediately present itself, unknown and unbeheld by us. Yet for all of the seeming confusion because of that unseen, both glorious and horrendous, we then may turn for certain guidance through to the portals of new experience unthwarted by that which would otherwise overtake and deter us.

We hold much ability to know inwardly and cohere to designs of the great and the glorious. We are aided and assisted in more ways than imagined. We are supported and sustained and granted all sublime distinctions. Our substance is that substance which is of Heaven herself and no other. As immortal beings who don imperfect attitudes, we are sometimes deceived by that which is essentially of our own making. Were that one had the eyes to see! 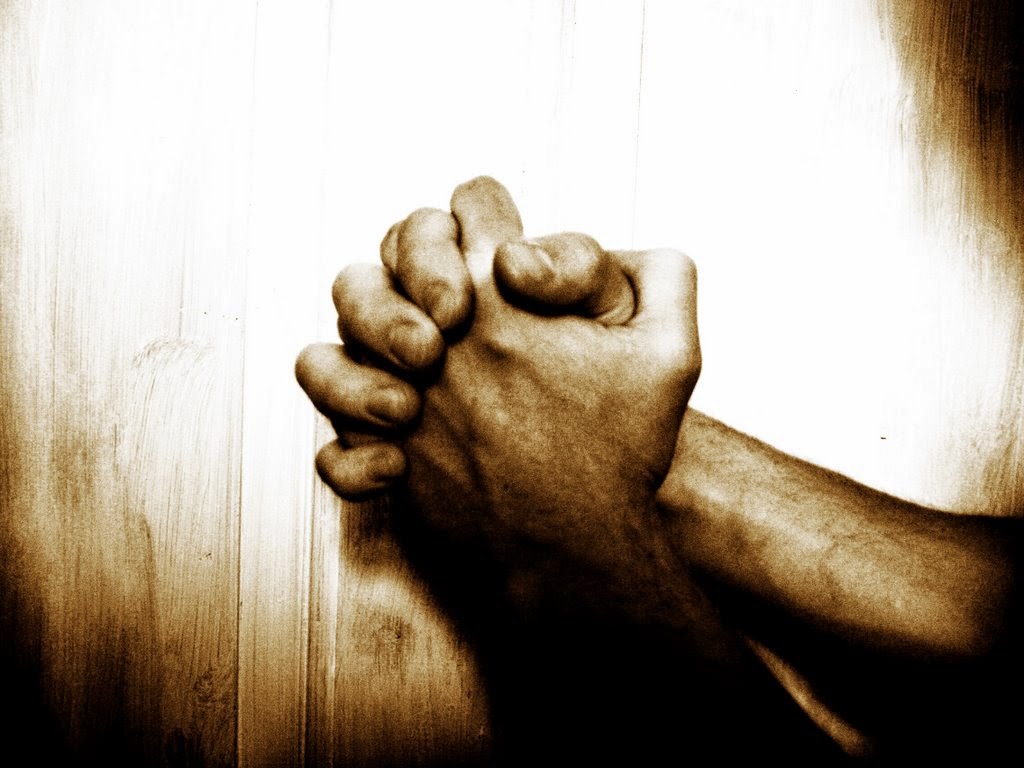 One need only to confer in prayer and through personal affirmation with He who is Holiest amongst the Holies. In humble servitude, with respect and reverence so given, be aware and intent upon the silent instruction which will flow through from question to heart.

We are offered choices continually and through this we are made strong. In exercise of flexible alternatives, in expressions which are characteristically marked, we come to be that which is offered to perfection, rather than that which is perfection offering corruption thereof.

The ordinary man is but one revelation away from these considerations that reality shall impress upon his being, and that certain clarity will be regained when sought and called for. It is something which no other may invoke within a soul, but that by all earthly experiences dissatisfying the soul, the soul is yet ever turned face towards Heaven and knows from where the divine sustenance comes.

If there is disquiet amongst men it is because of that correspondence which is of the law of the Earth rather than the law of the Divine. Many a man is unsettled and unhappy and knows not where to turn. Until the obvious becomes apparent within the quieter aspects of his being, streaming through to the consciousness, he shall continue to flap and unsettle the ethers surrounding and flowing into his being.

When the resistance is least and one is open to that which is of infinite answer, then revelation will most certainly come. Not to deny the earthly offerings and instructions therefrom, but to be enabled to make contrast and interpret the earthly matters anew, for things are not as they seem and never have been. Our judgments formerly and that which we have taken for granted, presumed as complete or complete because of some haphazard idiosyncrasy within Creation, this misinterpretation shall be set aright and no more taken for granted.

There are tears of gratitude which are good for the soul, tears which express the wonderment at the workings of the whole of Creation. It becomes as the lifting of ingratitude, that we awaken as for the first time to the fruits of the world and the heavenly expressions borne by it. To come to the revelation of the King of the World, and the principality which is our fine domain, never to be disregarded or darkened by our disdainful misinterpretations, our active misunderstandings.


The power of the spirit is the square root of all evil. Evil itself admonishes us and taunts us for our misguided exploits. Never is one satisfied or rewarded by evil for evil. We are coerced or encouraged but never rewarded by evil. We are incorporated within a scheme which determines evil as that which is injurious to our being. In part, all that is or will ever be could become as poison to us; or for that matter, when ingested, digested and purified through us, will because of the effect of the Holy powers, become rectified and made whole and Holy again.

The terms of life require that responsibility firstly be accepted and carried on the shoulders of all men, that from that of littlest consequence to that which is of the largest, men will come to bear all responsibility for that which they choose involvement and participation with. This is irksome to some for they choose to ignore the consequences of that which they do create for themselves and for others, and also will not willingly make recompense when called to answer for that which they have made effect. Until this is acknowledged, that by our activities, by our existence, we are most answerable and distinguishably inextricably connected to that which pours from our being and makes impressions thus upon the world, Man shall continue to err, for he will not begin to wish that the ledger be balanced and set aright.

Secondly, one must affirm the faith with a commitment which exceeds all other matters. That we will not be compromised or set about to please another simply because it appears at that time the easiest or more pleasurable path to follow.

We do all bear our duties and also our conscience. Our conscience when obeyed, will dutifully instruct us as to which direction we are best suited to follow. We need not follow the wishes or whims of another man, for there is too much responsibility placed upon that man in us doing so, and also the possibility of greater error in that his judgment may be incorrect and out of line for us.

Yet we may consult the wise or the babes for advice and particular reflections and outlook. There is much echoed in the words and strivings of good men which may indicate to us a certain course of action which hitherto was unconsidered. 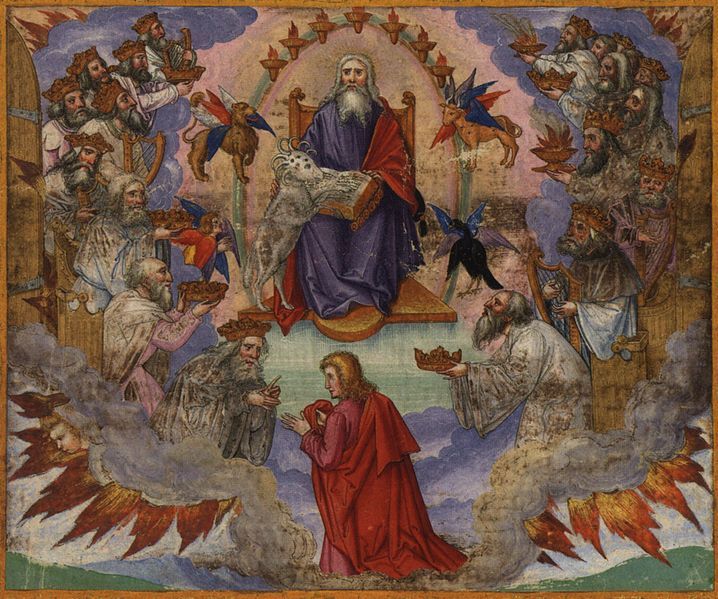 We must be certain in the knowledge that all things are put aright in time. That out of time, all that is and ever will be and should be does come together and find its correct place. There is no such thing as unrequited love, in time. Too often we live moment by moment and because of the nature of that perception of time which we are presently endowed with, we misinterpret the significance of that which we are experiencing. However, as memories are - that we know that there is much that was endured which as a memory imparts a different quality to that experience - we may acknowledge our experience in terms of recall at the time of the action, as similarly.

Here we find that part of the man which does observe from a higher viewpoint: that higher ego which is divorced from direct involvements and looks on without the all-consuming passion that the moment brings, but rather from the perspective of the surveyor. And it does help to withdraw with objectivity, into the perspective of our higher ego, in order to view the circumstance we are so entrenched in, in a totally different and less persuasive manner.

This is not to seek unconsciousness but rather the opposite. It is a shift in consciousness, from the personal pertaining to the direct present, to that: our individuality which is personally implicated but undeterred, which is what it is irrespective of the situation and the involvements - unhindered, unharmed and aloof from that which is of the perceived moment. The most devastating earthly experiences cannot effect or impress the higher ego in a way which is harmful or even irksome in interpretation.


Whether or not the body be starved or corrupted or put to some terrible use, or conversely is living at pleasurable altitudes, our higher man within us is indifferent in the manner to which our personal interaction, in personal concerns, becomes alarmed and responsive to. For the perspective is one much larger and incorporating that which is unseen by our consciousness - there is so much to be ingested that one cannot fully give over to the physical reign of activity.

When one man greets another there will be mutual consideration, not just in personal measure but also from the highest aspects communing thus so. This is where the exciting and most unusual part of the teaching enters into, that we are in fact, in this instance, quite a dual being dwelling in the lower aspects, represented within a daily consciousness, referring and conferring, with that our greater self. But we are one and the same. One is dispensable and one is not. It takes great effort to force a consciousness out into the limits of the extremities: of fingers and toes, into personalities and lower egos and all of the subtle (and not so subtle) substance, which is incorporated in lower man - as the General said to the Particular, and the Particular to the General.

To wakefully bear this in mind is of some comfort when viewing ones self and the world in which we find many a personality incorporated within. If we practice to remove ourselves and take an elevated viewpoint without personal prejudice, we shall be rewarded with clear insights and clarity of soul and soul expression.

Faith in these aspects presiding shall open those doors to capabilities which were otherwise thought to be impossible. However it is necessary also to remove such personal motivations and interests in order to achieve proper clarity of insight.
Posted by Bruce at Wednesday, September 23, 2009