EGG shells with their brittle calcium structure, begin fibrous in the developing and then bereft of the moisture content, discontinue flexing. Whilst passing through the bird however, they still may hold some measure of malleability and the conical sphere may distort slightly.


It is the tension and the ability to flex which will determine the timing of the breaking of the shell. Tension within and tension without. One can imagine the excessive force required in the breaking through from interior to exterior, required by the plant life within a seed or a chick within an egg. Would that mammals had to summon the requisite force to enable them commensurately to spring forth into life with a burst.

It is helpful to consider this impact when the environments meet in such a way at that time of birth, for a plant does have many stages of birth into this world, whereupon he greets the physical world, the same physical world, in different ways; so too with the embryonic bird and also too dissimilarly, the mammal.


With all of the force of a rocketship, the embryo plant bursts the encasing of the seed to then move forcefully out and upwards through soil to the land above. Then again the urge to spring shoots and later bud, which in turn will also ejaculate forth with enormous propulsion, expansion and expression.

Life is consistent in this respect. That which occurs streaming in through the form and the idea which lives within the higher realms to become manifest and realize actuality, does so with great movement and exaggerated expression at the outset when the proper time is set and conditions conducive employed.


Therefore we are not to be surprised when change greets us in our life with great impact, springing almost as if from nowhere; and does impact upon our circumstance with great speed and breathtaking propulsion. Even though we may make many a plan and design to effect such change ourselves, even when the long searched and long awaited conspires to come to fruition, we may still find that the consequences come with an all too rapid approach. Of course the time when one needs to have the force centered most and summoned together in great magnitude, is at the outset rather than at the end.


There is an expression which concedes that rolling objects may gather much momentum; however the momentum will never exceed (in vitality) that initial force that inspired the roll. One is predetermined at the outset and if there is no effectual beginning in any phase of life, there will be a sombre, if anything at all, expression continuing therefrom.

Patience does speak to us of time afforded to proper preparation; the law also which dictates that there are outer requirements which must always be heeded, circumstances which must be worked with and worked through with cooperation. We must heed that which is, in cycles, in limitation, and know of that which will spring through both if the strength that sustains the life within is kept pure and unhindered.


If we have an ideal which is most precious to us, it is of the first importance that we guard it and keep it safe. Too many corrupt their ideals by forcing an early birth without the patient understanding of timing and of proper circumstance. Also the ideal of itself has not matured sufficiently or gathered enough vitality to express itself well enough, to make the initial propulsion into expression. Therefore we must keep our ideals warm with care and nurturing and protect them until their time of birth.


So many expend the vitality of their thought, of their contemplations, which would ordinarily give over to their beloved ideals, and in thus doing so they dissipate, dissolve much which has already grown so far. Idle chatter may be injurious to our growing ideals, also too, incoherent speculation which changes this way and that, deprives the original intention. For man may well learn with great creativity, to begin to effect many wonderful changes wrought in soil of circumstance (well and truly manured at present), if he could but learn the ways of intention and of keeping a fix on such intentions.


This is not only a case of desire, design and will that is required. It is also determined upon whether or not the original ideal is in fact capable of sustaining much life at all. For there are some thoughts we hold which are not creative in nature at all. To life they offer nothing, save perhaps some answer to one's personal whims and wants at the time. Therefore we must review continually that which we fix our attention upon and desire to be, in order to know the true value and be mindful of this.

Usually however, the man has come to limit his spectrum of ideals and of that which stirs within the heart of longings, and inhibits such creativity in all domains. It is as though there has been some measure of failure in the past and this now deters him from trying further. Also too, a man may have misread the signs and not acknowledged those times which were specially designed and put in place by his creation. Through this 'blindness' to the correlation, which is split somewhat by time, he cannot readily perceive the circumstances surrounding him to have come from that of his own making. So he ceases to work for those periods in which his ideals may ejaculate into his world and become manifest. He becomes complacent and rather determined to survive those conditions as given to him by another and another, and he settles down into a life of quasi-participation.


The child demands what it wants at the time of the very wanting and cannot understand why this cannot be so. This is because in the spiritual realms there is not the hesitation, the gap as such between the desire and the actuality. If the desire is on target, so to speak, the actuality is immediately apparent and presents itself. This may at first appear attractive to some, however it can also be an extremely complicated medium to work in, especially when one considers our personal lack of refinement and judgment in depicting matters and drawing circumstances to us. 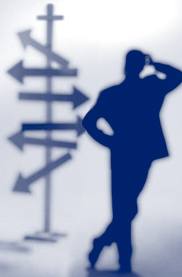 So many options! So many choices! It is fine to have the potential capability to extract just about any reality one might choose and inquire there further, but it is also a matter of capability and adjustment, and an acquired skill coupled with a cohesive constitution which knows that which it seeks and why.


We may attract to ourselves that which we call for and be answered immediately. The Heavens are a' buzzing with activity and some designs are wonderful, whilst some are sporadic and governed by the young. Fortunately there must also be the inner capability of not only summoning, but controlling and transmuting those vitalities with forceful impact required. And so those who do create triflings have only triflings of vitality expended through them, and they do not interfere with the general scheme at all.


If we have a vision and that vision is particularly especial to us, we must afford it time to come into being, granting that it is truly worthwhile of our patience and of our loving design. For outcomes are only as good as their true beginnings, and we must hold to the faith that all intended outcomes are eventually realized. Therefore we must not be deterred by the wait, for if we lose hold of the vision altogether through such impatience, we have but a forgone conclusion of failure.


It is so with our hopes and our vision for a better humanity, that men may learn and continue to learn. We must not inhibit that which is afoot, already in the making. We must not ever predetermine failure by a disenchanted or discouraged outlook, but always hold to the grandest of ideals. And for us, we have been given that grand ideal by One who is best qualified, for it is through His vision that the world sprang from, and by His insights we shall come to know truly a maturity of soul. 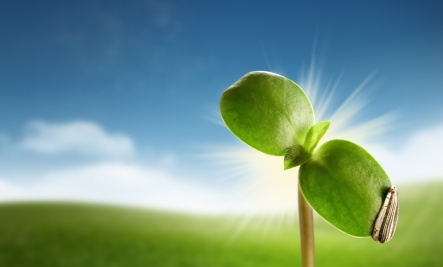