THE second part to the philosopher's story of the elephant (if you remember my dears, it is the one where each man has a differing perspective from his brother about his view of the very same elephant) is about what the philosophers actually did with their elephant-in-residence once it had settled in to stay.

This question was more perplexing than the first, until they had all arrived at the resignation of:


"Well, I guess we'll just have to work around it."


Sometimes, in some conditions, that really does become the only answer to a problem of something so hugely immovable and difficult to manage, one that we sorely wished did not present itself to us, but remains with us nonetheless. We simply have to work around it. Planetarily the Moon itself is such an object… and, for that matter, so is Mars! 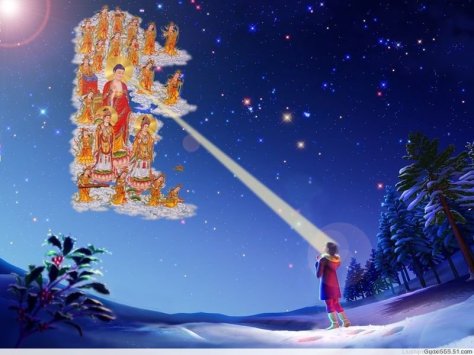 "We'll just have to work around it."

WELL! I GUESS WE'LL JUST HAVE TO WORK AROUND THAT ONE!

Presently many are sensing the difficulties which may or may not come to pass ever. But they live on in our thoughts, in our fears and in possibility. They are therefore with some substance, even though not manifest.

Regardless of their eventuation they are there to be experienced as tensions which threaten and provoke disturbingly. It is very much as though the entire emphasis of being has now shifted into an uncertainty, a cankerous uncertainty, which freezes the will and retards the reasoning.

Existence is so precious to us because we know that all existence is truly love manifest. Father God is most active and present through the Creation as made apparent through His Son. The Joy of Christ and His Vision is also known to each of us most clearly throughout all life as it is experienced by us, here in this World, in this moment.

There is not one true pleasure that He is not a part of. A collaboration with Life is a union with Him and with that happiness. The Heavenly Community, according to His Way, is exuberant with Goodwill. Men are loved and cherished – as are all creatures, all beings, all Life. The bounty of such joy and happiness is there for them. Although we may submit graciously to suffering, it is neither the plan nor the desire of the Heavens that we should be so anguished or forlorn. Not for the sake of a 'lesson' or a pledge, not on behalf of justice, should we become pitiable or poor, lonely or diseased, heartbroken, hapless and destitute, depressed, deprecating or desisting from Life.

There is but one issue and one alone, and that is of severance from Him. The further away we become from our Father God the less life we may know. And for this He is pained when we are inwardly distant - distrustful of our Creator and disobedient to our Father's Love.

Mortality within the physical world is a fact. The exchanging of particles is the formula to life as it is understood within this sphere. We watch new life flood in greedily, spilling into those spaces which have just desisted from them but a former being. This is not true to Cosmic interaction, however within this world everything in Nature necessarily pushes with an eagerness into being and then falls apart, dissipating largely because the greater forces are compelling their presence elsewhere.

Here we are represented only partially and temporarily at present - and we know this. We sense the mutability around us, even though all appears most naturally inert. And we sense the limit to the time we shall have and it is difficult to find equanimity here because the life that we know brings us so much holiness and spiritual joy. Yet every good thing that we savor here in this World shall be known to us further too. There is not one joy that He would take from us, not one. When we are gripped with that excitement within that says there is yet so much to do and to become, that too does travel with us and seeds many future events. Anticipation is magical - not only is it provocative, but also works as a creative covenant with Father God. Our desires are honored always, providing they are in accordance with the path of Life and not of the path of Death.

This precious time is importantly, one for great hoping, and many more desires, for good visions that will have a holy and prosperous outcome, for eager imaginations, courageous inspirations, for an admiration of Creation and the marvels it comprises.

In consequence to the philosophers having to work around their beloved elephant, they did in turn, each get to enjoy many views of the afore argued creature. So there was a double benefit to their application, even though they had quite forgotten their original insults to one other, when first contesting his appearance. The problem of him being there had surpassed the problem of how he presented and who was correct in their description of him. Elephants can be dangerous. They can be bad tempered when angered or confused, or plainly cumbersome and risky to be around. This too needed to be managed quite thoughtfully, with constant care and ongoing appraisal. Beloved Christ,
Be here with us
On the eve of the end
Of this Piscean period.

May we look to the starry gateways within,
And find your compassionate wisdoms,
Which will bring forth from the World,
The Humanity first bestowed,
The Kingdom of being,
And the Kindred of Angelic Comprise.

Let each man and woman
Sense their own divinity,
And that of all others,
With passion, love and creativity,
That resonates so jubilantly,
Amongst the greater Life,
Now present and forever to be with us,
Amen