LONG John Silver was more renowned for his parrot, than for his only having one leg. One could say that the most memorable attribute this character had, was one which really was not him at all . . . but rather at his side. Often we look to accessories about a man which may help to characterize his personality so. However, one man as distinct from any other, can be almost indistinguishable at first glance - unless there is something extraordinary being then particularly memorable.


So it happens that when we come to remember a fellow, in order to bring him to mind we do so by recalling his peculiarities - even if these are unkind or untrue to his actual representation of qualities which warrant real remembrance. The physical features dominate in this recall, and first spring to mind any unfortunate 'oddities' which prevail. One might question this ever so slight analysis of recall, however it is important in our value judgments daily, to be aware of our 'quirks' and our shortcomings. For whether or not a man presents himself as being 'weighty', long nosed, balding or disheveled, has little reality on that true memory impression we have on a soul-to-soul level.


We do have memory recall on far higher levels than those which the tricks of the intellect may produce. We are impressed instantaneously and enduringly at first contact and thereafter - even though we may consciously be unable to signify such meetings. Our dealings with others are never haphazard; one soul to another, whether in casual passing or in interludes which span the years, share great moments of greeting with lasting impressions. This is no less significant when the encounters are brief and simple. Contact is contact, and does open the doorway for future concerns, future connections and future interactions. 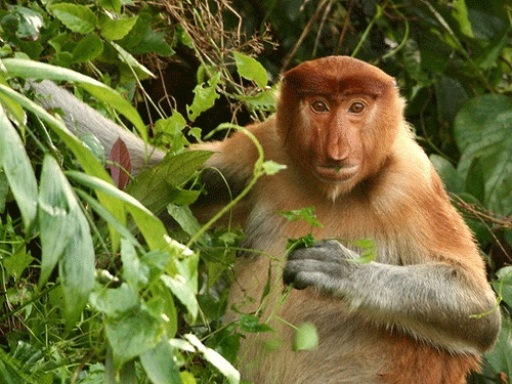 We may meet with someone in the street, we may pass them by with a solitary glance or perhaps the vehicles in which we travel might collide - whatever the case, these meetings have their special place in time and are recorded accordingly. Wherever there is a mix from one to two, there is a recording we keep of that particular mix. The equation of that which is ourselves coupled with that which is another (in whatever form presented), is established and so characteristically impressed for soul-recall at next meeting.


Were we to rely on transient memories solely, we should forfeit such upon death or give over to pictures and imaginings, interpretations and summations, which are characteristic of that moment and time. However in these special relationships so established, we carry keys to future meetings, even though conditions within and without have seemingly altered beyond instant recognition. For there is necessity that we should carry within us the ability to truly recognize a fellow friend.


Exactly how this is effected is an extraordinary thing indeed! If one can imagine that from lifetime to lifetime and during certain periods in between, we vary so much in ways in which we may present ourselves, and in relationships that we enjoy. Whilst all the time many souls are reunited, and many a relationship of great significance can be traced to earlier encounters in far differing circumstances. However the personal signature of that individual coupled with the signature of our self, becomes as one unique signature in this our recording. Wherever the opportunities present and the two are in similar vicinity (near orbit) to one another, this key recording shall cause gravitation where the opportunity to meet once again and reunite is again established.

This factor takes the 'impersonality' out from an otherwise impersonal structure. Without this condition, without this soul-recognition, we should surely skip the Cosmos completely unattached as it were, and without much hope at all of continuing encounters.


Whilst there is also the facsimile of certain karma between individuals, the karmic relationship is worked on in a different manner to the above described. For although there is much great achievement in the settling and re-sorting of this and that which may need attention between two or more, these instances worked through may well be tainted with impressions more of the moment, as they pertain to dealings of a particular moment. But the signature soul-relationship endures far past obligatory meetings and interactions, and is with us long after the memory of such enhanced 'corrections' have passed.


Therefore there may be great satisfaction in our assisting a fellow who we owe gratitude to, and content with such fulfillment, are not impressed with the need to indefinitely take up with them. However that special relationship will draw us together in many future encounters, without necessity from either party to actively assert particularly anything- maybe just to 'catch up' as it were. Similarly I may briefly meet a man, whereas there has been little or no karmic impression in that slight encounter - and yet in one simple meeting, I shall have an impression which shall be recorded there to stay forever on. I shall recognize soul-to-soul, that individual at yet another passing. Often a man may experience what is termed a déjà vu. This need not be (as is often mistaken) something of the present being re-enacted as though we had been there before. It is usually the case that we are shocked into a certain defined, clarity-filled awareness of what we are doing. The eeriness of this awareness is that hitherto we were not so aware. Usually this is sparked by such an encounter with another 'ringing bells' so to speak, in which we are awake to the recognition of some other fellow whom we have made contact once again with. This contact may have been so brief as it has passed unnoticeably and our attention has been taken up elsewhere - nonetheless we are impressed with that reuniting.


Of course this does not mean to say that we have experience of that déjà vu every time we make contact again with those of the past, for this occurs so often in the course of a day, that we should be caught up by this experience continually. However, there can be special meetings and certain circumstances which inspire this spark of recall. Even before that meeting on the day, we may be alerted to its happening.

One might wonder what distinguishes one soul from another, and added to that there is a complexity which provides for the soul to become more enhanced and more fulfilled and altered accordingly. One might say that when one is alone there is little differentiation, but where one meets with another there is comparison for both.


For example: if I never use my foot upon the ground, my foot has less significance, even to me. When the foot makes impact upon the ground there is a relationship of foot to ground. The foot has become noticeably significant, the ground too. One against another brings consciousness and provision for activity.


We are what we are in the likeness and through the impact of others. This is no less true for our likeness being that of the Father's. For we should be nothing without Him, through which our relationship becomes notable. We must be dual in relationship with Him, for us to be us. There must always be a relationship, there must always be two for one to know another and thereby know oneself.


How am I to recognize a world, even if I have all of my faculties, if there is no world to recognize? How am I to hold an identity, even if I have one, if I am not with another? For life is a series of conflicts and harmonies. We may either become that which impinges upon us and absorb it accordingly, or we repel. We are in identity through our relationships to each differing and unique individuality - this is what makes it so. 
The soul is as a mirror, and all brothers as our teachers. All encounters are of supreme significance....and many a road, with many an 'old friend'.
Posted by Bruce at Saturday, October 17, 2009