REMEMBER the fun of running up and down grassy slopes as a child? The rush of the wind in your ears, the blur from the water in your eyes, the exhilaration of the rolling, the tumbling, the speeding down the hill? Then pushing your legs for the climb again, seeing only the top with single minded intent, thoroughly absorbed - and once there: here we go again!

It was fun! Pure, simple, energetic fun! If the day was sunny - for rain and mud would be dismal indeed - it was a joy and a delight to skim and skip up and down hills. Tired but tireless.


The Glee Club, (formerly known as the Subtlety Club) is on its way; with a simple majesty of profound joy, where the stimulation arises to happy and enthusiastic inquiry. One can feel it. Intensity on the move. Already there are questions pulsing: not with anxiety, not with forced implications, but with pure joy.


We become instantly released when faced with concepts which are clear and correct and wholesome to the soul. It is occasion for rejoicement- as is all of the celebration of life: of Creation's beauty, of Beauty's creation. In just the ability to seek out the Father, in the ability of such inquiry, we are moved from the boundaries which hitherto divided man from the angels, and man from man.


It is natural to wish to share that which is so commonly referred to as the 'Good News'. And good news it is, wherever it is to be had. Sobriety shall be taken care of - there is no need to establish a false face of sober encounter, for everyone has had their fill and wears so many a scar and detachment and sore, that sobriety is there within us all. No, rather that we enjoy that which is now invoked, the general happiness which duly comes at this arrival.


No drums to beat, no flags to wave, no fervor worked up, no enticements, no far away incentives, but rather the simple joy of the moment in this or that finding. 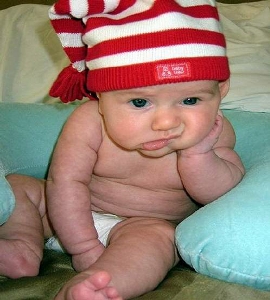 Glumness never helped anybody. Glumness never served the down of heart. Our folk are already battle-weary. They require refreshment and real sustenance, not candyfloss, and neither bitterweed but fare which is most needed and presented nicely. (And neither as with the fast-food industry who rely on all presentation in a gaudy sort of way: a little sugar and no substance.)


People will respond to that which is worthy of their response. It calls to them in that particular way. It demands of them certain attention. It gives to them, and they shall give to themselves a hundredfold more. It provokes insights, and as hearty handshakes the friendship is once again established. It is not just the business of 'making merry', for there are plenty of avenues for precisely just that. And it is not just the offering of values and lessons which are shockingly inarguable because of their 'soundness', because of their innate realities - for there is also plenty of that, thank goodness.


But it is slant and character, with upstanding, unselfish motivation. It is propriety, with reserved and informed consideration. And it is unique unto itself, as all entities of Creation are so unique. It is to wonderful purpose, as the design is good and grand. And it is of happier circumstances, when the peace long sent for, finally arrives. It is for preparation, as we awake again to the essential day. It is of great joy, without need for exaggeration, because it is given so.


The true test of the teaching is of the teaching itself. No Master may claim infallibility, for this would negate all possibility of change. 'Master' is a relative term - and implies also, one who has trod the boards at an earlier period - and therefore is relative only to time, and not to quality of super-character or pompous title. Duty performed is different to duty inherited.


There may be great magic at work in a simple pile of paper. One might ask: "Surely all you have, to show for this work, is a simple pile of paper?" Paper with print, paper with printed configurations. And here is the magic - for whom it has already touched, already transformed, from minor into a major. Ever so slightly, as the perspective does alter, the conduct gradually aligns, the man is more fulfilled.
Remember, we do not count the men who find yet 'just another piece of paper'. If there is only nonsense found, we are not incensed. It is not for those who find nonsense for whom we work, for whom we strive to connect with. It is for the ones who in casual passing or strong relationship, recognize what there is to be had from this paper, from these words, and then put them to good use. This we count in any way possible. Not through ways deceitful, not through ways made unproductive and not through tricks or grand masquerade.

For if we were to be seen - seen as we are - we would appear as unpresuming as the pile of paper. And if we made of ourselves, something more attractive or spectacular, that would be, ever so slightly, misrepresentation and therefore deceitful. We apologize if it is expected, that we should appear with trumpets, wings and rainbow lights. This might be more pertinent to a party, but not in daily attire or normal presentation. In point of fact, all of the other tricks which would be called for, are not of daily consideration either.


One does not greet a man by firstly asking of him to show you what he can do. Imagine that, even with an old friend, you simply don't go up to him and say, "OK, now show me all the wonderful things, or at least some of them, that you can do. Now! I want to see it now", and expect them to make a display of themselves. You might wander into their place of work and watch them skilfully labor, but you do not require as prerequisite to friendship or relationship, an immediate example of their skills or talents to satisfy your opinion of them. Frankly speaking there might be amusement, but anything which stretches far beyond one's own experience is rarely assimilated immediately into the consciousness without some dreadful consequence after the fact.


It is too difficult for men to concentrate on that which is before them, let alone try to digest that which is outside of their levels of experience. It may well be a good recipe for madness, but it is not something we wish to portend. One cannot force the faculties exterialy without some devastating consequence. Similarly one can never dress to satisfy all - better then not to make public appearances!


It is funny how much disagreement can arise from this point - second guessing and second looks. Without the charadery one thing is for sure: that the response would be great disbelief, disbelief, as to how can that figure presume so much or know at all? Perhaps an appearance of some Aphrodite, which one instantly falls under the spell of adulation, might suffice. But were one (us, we, I) to make an honest appearance, it would be at best, laughable.

Reclaim your joy and exuberance - it will certainly be required to see you through the times ahead. If not now, then when? Let there be no hesitation or holding back, to at least - at the very least - find happiness in pure applications. One may cast aside all objections for greater objectives. Forget the personal desires which are fruitless or unobtainable, and give over to concentrating on those true and proper values. If the work in any way helps for the achievement of this, then there is great success, and much magic a'woven, on this, a little piece of paper.


All is of Heaven. You can therefore regard this as a little message from Heaven also.
Posted by Bruce at Sunday, October 11, 2009