IMAGINE that you are perched upon a rock table which sits upon a mountain of glass - so smooth the surface, so slippery the decline! You have no way of knowing just how you may make the descent in safety. There is nothing to grasp onto, no hollow for the foot to grip; just one large angular surface, with you at the top looking down and wondering.

This is not as unusual as one might think. We all have our moments when we sit a'crest of a problem without any notion of a safe way of departure. It is a little like the insurmountable problem, however in this instance one has made their way to the top and the actual descent is of paramount importance. One feels quite trapped and fixed; and until the problem has been overcome one cannot go any further.


Of course in actuality one does not sit upon a mountain of glass, or for that matter even a hillock. More than likely we gaze as from an inner perspective, where the glass does but magnify and exaggerate such problems made apparent. We are somewhat enclosed by the transparent stone made of that our own making. We feel that we may look out into the world but never touch it. We cannot even become close. It is as if our perspective encloses us: we are within that mountain.


Picture again that mountain of glass, upon which rests the highermost aspects who have no means of descent, but at which spot the panorama is greatest, sitting atop of that which is the worldly perspective. Now you find that your conscious self is so caught deep within the immovable glass. The soul has the greatest mobility and greatest overview in aspect, but not the means to leave the summit, whilst the lower consciousness has but a limited baseline view, and although 'on the ground' has not the means to depart that which encloses it.

The question was asked: “If I have a higher self, why do I not use it, and why can I not acknowledge it; it being me.”


It is true to say that usually folk feel that there are almost two differing identities when considering the soul of a man and the active consciousness of a man. The question for the main part being: "Why am I actively conscious within my lower aspects and not aware of my higher?" Generally speaking it is not difficult for one to grasp the notion that there is something of a contrast to begin with.


Firstly, one can never equate physical function with soul-consciousness. As a man ages, in time his faculties will be somewhat less than that which he was initially endowed with, concerns function, in his youth. And yet he is the same individual, or rather a seasoned and enhanced individual who has much experience behind him.


One can query as to the value of the man who has not the physical ability which he once enjoyed. But aside from the assumption that this is relevant to the evolution of his overall awareness, one might suggest that during the course of his life there were many points in which he was at his best, or respectively lowest, function. He may in his youth have been an astute tap-dancer, and now disabled by arthritis has no longer such capability. Earlier on than that, as a small child he had much energy and flex but not the coordination or knowhow to enable him to dance. Now in later years he is without the necessary agility, but however does drive the ankles and the foot with more concentrated effort of will to motivate the physical action of merely walking in a far greater way than he did during his formative or middle years. Remarkably, abilities do translate into other abilities whether appreciated or not. There is much that we acquire by way of abilities and disciplines which are not consciously appreciated.

Similarly so, that which we do express and experience within the term of a life is both distilled and translated into much higher, refined aspects. The process of assimilation does not only pertain to the workings of one's digestive tract. When one examines the foodstuffs consumed within a lifetime one has difficulty finding exactly what substance, what essences were derived to help perpetuate our physical function. Largely it is entirely a mystery. One knows that the vitalities and characteristics vary greatly depending on the nature and origin of those foodstuffs, and also the way in which they are taken.


Now in respect to the extractions which are nourishing and sustaining to the soul in assistance to experiences respective to the higher self, one might also query the 'foodstuffs' which are so ingested thereby within a single lifetime of worldly activity.


Our physical constitution is no less real just because we partake in its processes and are affected accordingly for a time. Equally so our consciousness which functions daily is no less real because of its dependence on those functions. However, it may also be said that divorce from either has a great and obvious effect. Also a man may well have his consciousness dictated by the stomach or other parts of the metabolism; or conversely hold rule over physical activity by stern and balanced consciousness.


If one feels the need to have an examination of their soul firsthand and does not feel qualified to specifically say as to whether or not a higher counterpart is truly existent, then here is the personal experiment:- take two teaspoons of sugar and two of salt and then add to a glass of soda. Now if you cannot bring yourself to drink this (and we are not suggesting that you try to) ask yourself why- the answer of course being too much salt. If one were to suggest a whole cup of sugar with a pinch of salt, in soda, would that be any more the desirable? Too much sugar. Our true alarm is the prospect of illness were that one to consume the concoction all at once. 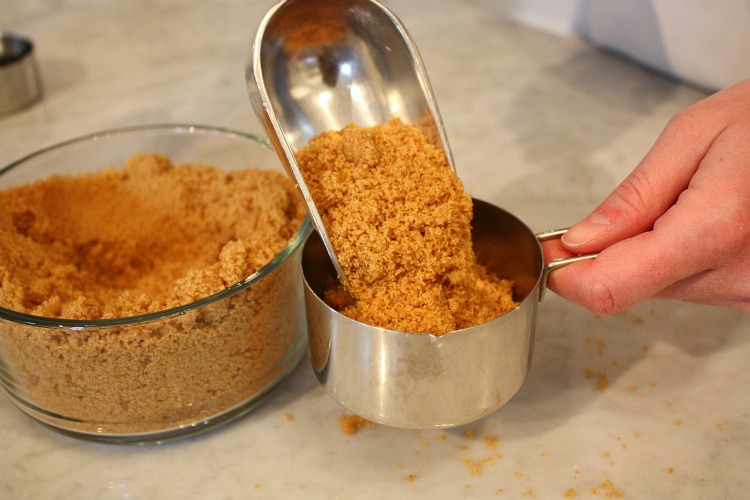 Now take one cup of sugar and one cup of salt and place them on a bench to draw from when required, not to be consumed all together in a matter of minutes but rather to be sought after and spent as you will over the course of how many months it takes to use them completely. As one does this one may perceive the higher self in relation to our daily concerns.


Our perceptions day to day are fractional and relative mostly to the immediate moment. From this we arrived at the immediate assumption and conjecture that the salt and the sugar were to be consumed all at once, that we were suggesting that those two extremes put before you required immediate consumption. This is the lower consciousness doing what it does best: living in the moment and answering to the moment respective to the time it is in.

However one of the higher aspects of man can accommodate a much further view. Furthermore you can recall what you have set aside for future use and go to the cups of salt and sugar when you require them. Without this higher aspect you should not be able to do so.


I hear you ask, "Well so what if I can save a cup of sugar and a cup of salt and consume them both in time! Am I to believe that because of this I have a soul?" To this we answer "Yes". The problem with the notion of super-consciousness is that men expect it to be the same as the lower mind in function only greater. Therefore they cannot reconcile the two, but do live in the higher aspects daily. One may not translate to the other. That which is absorbed and impressed from the higher aspects may not necessarily be interpreted by the lower mind, but the one man circulates all of his aspects at times concurrently, and is aware of this in the commensurate regions of activity. One's physical constitution may not be aware of the mental intent but is permeated and affected by it. And the man is still a man regardless, with all parts sympathetically attuned. The brain would suggest that the soul offers super-brain power. This is because this is what the brain knows best and would hope for. But this is an area which may or may not be developed in its own home, and does not mean to say that the soul should instantaneously reveal enhancement of its functions. From this one can see much confusion in differentiation as to what we expect from a consciousness alight within the higher mind. The wisdom is there, the soul experience is there and frequented often. The translation is missing and in time the lower aspects will develop, and translation of such will become more and more apparent.


So if the lower aspects ever suggest that the higher do no exist, purely on the basis that they do not acknowledge them, one may question this, the only conclusion they can make possible. The point being that one must continually make attempt to make link between all aspects which make up the constitution of man, rather than disassociation. Our focus, our desires and our dependencies will all play a part in our ability to do just this.


When we review our daily activities we begin to unravel that which we are so enmeshed in. We can call down our consciousness when required and must 'lift' all other activity up to meet with it. The lofty aspects need descend, but must be called and assisted to do so.


If a man is engaged in habitual work or habitual play, the consciousness is for the main part unabsorbed by such activity. It is communing on higher levels watching from above. Some crave work for this reason. Effort, discipline and duty are all wonderful 'muscle builders' for the strength of will and for the strength of character. But that does not necessarily work for the linking of an active consciousness.


However, one must not try to force the situation either. One must clearly decide the goal and try to be as informed as possible. Firstly to ask if the pressure cooker action of an expanding consciousness is in any way desirable, or rather are we to be content with a slow and gradual development according to our attributes and talents, which are to the soul most nourishing.


We fly in and out of the various conscious conditions from moment to moment. It is only our translation and interpretation of such which needs attunement. This is what we work for, this evolvement of awareness. For discernment and true learning is most difficult without the awareness of our complete condition. And through each day's trial and joy we work amongst a starry frame which radiates those qualities which we should best prefer incorporated. Incorporated in the incorporeal! The salt draws much and the sugar combusts and we with starry motivation circulate the all encompassing expanse of consciousness.


The condition of the 'glass mountain' is one which pertains to our worldly perspectives today. As was before it shall one day dissolve, but for now it does support as form, as conductor, the cosmic emanations which were we as naked to them we should become as one without individuality. We are firstly to receive and interpret, transfuse and incorporate in order that we might stand without our glasshouse protection. And certainly not cast stones!