The triad of perfect mind composed of:-


Observation of the Earth: 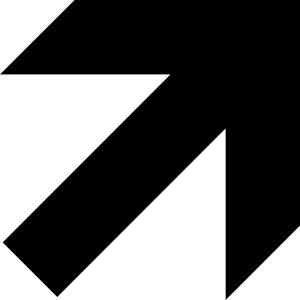 Propping against the third, the filter of ambiguous selection, namely - That the formula cannot interpret the higher substance which begat the formula originally, scientific interpretation is valid and pertinent, but rests against that which it must evaluate. And when single-minded, with purpose set for particular formulae, it must ignore the confounding factors of the complete interpretation, it must inquire not into absolutes but through particulars.


However, the corresponding angular stream, is quite absolute in nature. Whilst the components are somewhat definable, that are characteristic of themselves, and are essential rather than partial. They permeate order, or have withdrawn therefrom. They are the beings of the social order of the first angle, they are the colour in the spectrum, they are the virtues held within the constitution, they are the insights received through the vision. And it is at the apex, which confers that the two have met in unison, both with equal relation to the base from which they stream from.

Two angular streams coming together at juxtaposed apex: one, being:


The pattern and order of Divinity:

The other, the Divine Impulses:

The equation made stems from the size of the base perspective - namely the length of said base is determinant in the meeting point of the two angular streams which begin at either end. Those two radiate out from each end - be it of Earth or of the Cosmos. And the two streams designate order, and impulse.

Little man and big man, the lower and upper triangles. The interconnection is the heaven/man contradiction, whereupon the higher stream meets the other in simultaneous attraction.


Cross paths create yet further triangular equations- they too, with split definitions. Now each to six, and therefore twelve, counterparts which make up the characteristic whole.


The inner space within the star, has now six bases, radiating outwards. One may colour the original sections of the first two triangles - in determining the new relationship of the new six - red and blue - with yellow base.


Further the coloured lines, in keeping with their relative angles, and see now the three part grid. The super-frame has remained the same, in respect to notations of colour, whilst the star, at the outer periphery is also the same. But the inner frame fret-system has begun to be more detailed, and of course, more complex.


[ Note: Here should be a diagram of this. We don't have a computer generated one, so if if anyone could manufacture one we would be grateful. As you may have gather it is a Star of David with the lines continued out from the triangles. The colors of the lines and how they change when they meet is given above.- Ed]


Within the diagram there are two examples. Firstly, the materials which comprise the diagram are the reality, the lines of the diagram constitute the design, and now the colors which enhance, and give a certain meaning to the design, are the impulsed 'spirit' of the meaning.


Secondly, we have learnt of an original and perfect structure. We have examined it in its basic form. We pronounce and exaggerate the form, in compliance with its own indicated directives. We find that the form remains, and yet is now inwardly detailed, once expanded upon. This is basic to all of Creation, and the interpretation, the reproduction and inclination.


Symbols stream out from themselves, and are not 'merely' symbols, but rather essential keys to manifestation. This particular symbol denotes also, as said before, the way in which the impulses, in corresponding manner, in relation to a base of reality, interweave with the basic formula - formula which pertains to all symbols, all design.


One must bear this in mind, when viewing other such keys to Creation geometrically - for they of themselves will not be example of the spirit or of reality, but pertain only to formula - even if it is the: formula of reality, or formula of impulse, or of spirit. We have learnt today of keys. We have learnt of original design, and its magnified reproduction. We have begun to think in relatively complex directions. And we are reminded of the essential three components, whether visible, explained or enhanced.