EACH RACE, each people, has its own gorgon, its own dragon which it has fed over time; a depository of sin, a beastie of quantified proportion, that, as in the myths and romances of the past, does hide face in lair, yet threaten the locality.

In the South Americas, where blood rites and sacrifice became such a fixation, to wit: human slaughter, there is now such an influence pervading that lingers heavily. One may tingle to the stench of past blood-letting and the cries of a betrayed humanity. Geographically, any area which has been given over to tragedy in mass proportions is so marked, as it were, indefinitely; particularly where Man has sided with demon and turned on fellow man, pronouncing sovereignty over a people’s destiny by flinging those souls heaven-bound prematurely, hurling individuals swept with panic and sadness, denying them of a sweet and conscious passing.

Where violent death through violent intent and violation of humanity presides, that ground is so stained, that area so impressed, that the ghosts of the betrayed howl and moan to be heard. Their souls have departed: the individuals have gone on, but the entrails of such sheaths that were ripped so smartly, offcast, still linger and wander the unhappy ground. 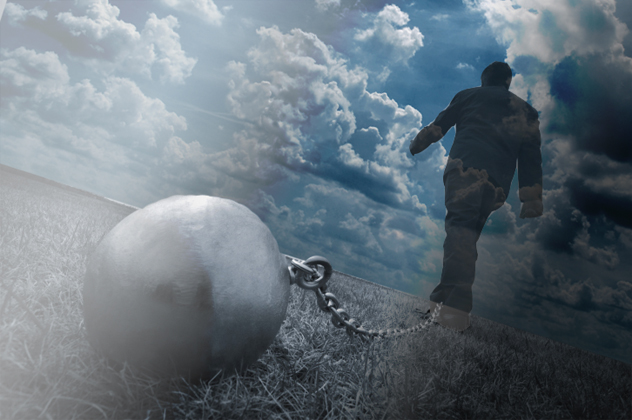 Like feathers plucked from bird, horn or antler torn, in violent death there is incomplete dissipation, and some constituents of the complete and entire constitution are not allowed adequate time to dissolve of themselves. So there are human remnants, remnants of an astrality so darkly impressed with pain and terror that no soul should wish to recover and absorb them. So they are left discarded and polluting that earthly space, where said sheath was first abandoned. 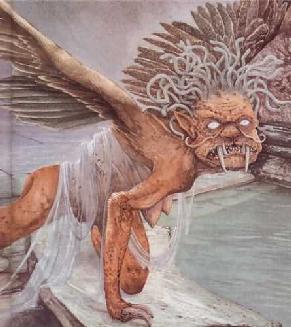 The people's gorgon, their hideous most monstrous pet, does feed upon such remains, having incited and encouraged the crimes firstly that he may swell and bloat on the pickings of the aftermath. Although quite invisible, all peoples who have by wicked means appeased the wretched beast, now suffer an ongoing relationship - the tormenting lamentations of an ever-hungry human-hating creature who ever demands satisfaction.

Cleansing and purification of such areas is as efficient as tweezers are to dusting, or mopping up water with a sponge at the seaside. For the innocent who are to suffer the atmosphere of demonic shrines, there is much illness endured, many intoxicants assimilated. Many a disease is born from such a location: disease that goes out and seeks further in the world that which may satisfy the beast of sacrificial urge.

This is the unsettling fact upon which all wars and conquests are entailed. Not only the loss of that period and certain peoples, but also too, the darkening of that defiled land in which the crimes occurred, and the generations who shall be affected in that region for centuries to come. Just as like attracts like, certain momentum is given to patterns of behaviour and designs of conduct - for better or for worse - affecting vast numbers of individuals in such propulsion, as inclinations and intentions are hurled and carried throughout the worldly arena.

We owe much to our forefathers, not the least which are the afflictions that carry on to present day sufferings. The legacy which we bestow upon our children of the future is therefore of supreme importance. How many ghouls and demons do remain to frequent the Earth, to incite yet more tragic demise?

Sacrifices are usually made in the name of another. But never may they be proclaimed in the sacred name of the Father. With the consequences of such having just been described, so slightly, one can envisage in truth, that with war or with religious enterprise, all tragedy makes for larger tragedies and goes on to make greater those demons of the underworlds.

In the instance of organ transplants, to be blunt and brief: we find that there are those sacrificing others in the name of 'life', and restoring life to those which such organs are shafted onto. Said sacrifice is imposed and the bodily parts so interfered with, that as with violent and tragic forms of death and subsequent dissipation, we have an incomplete deceased individual who cannot withdraw fully through to the higher worlds. There are some remains left behind for a period, long after the rest have dissolved.

These organs are very much of his own creation, they are singularly his, and yet now remaining and furthermore, being impressed and worked upon by another's impressions, another's astrality, which does not relate to his own constitution. It cannot be absorbed. Such disconnected remains (in the astral sense) will, as with the abovementioned, be earthbound for an indefinite period. The soul suffers the loss and the Earth gains another pollutant; which will yet further fertilize the lust of that gross community demon, who lusts after such human off-casts.

When we enter death, we have much to distil from that which we have made and collected of the substance which is attracted to form and design; physical counterparts to subtle bodies are refined and absorbed with vitalities and characteristics, which are of our own being. An individuality determines patterns which extend down into their physical substance and is very much connected, necessarily, with that physicality; even in the case of dismissing such a body in death. However, much like catching the hem of one's garment in a lift door, there is little to be done if the piece of cloth that remains is caught whilst the lift is progressing upwards.

You may take it on our say so for the time being, that dissolution of the physical psyche is far better to be complete, than incomplete. The organs are precious to us, and moreso their subtle stereotypes; for in which we carry many a characteristic, which is shown in personality, in longings, in acquired capacity for interpreting and infilling the individual with heavenly impulses, extracted and transmuted into that which is the physical and astral counterpart, that attracts such activity.

Each function and individual 'growth' that sprouts from an individual and harmoniously accords with higher motivations, channels that substance from Heaven, inspired firstly by that individual. It is as though the very complex and complicated strings of formulae, are recorded within the substance of the bodily functions (and of course in their subtle counterparts). The entities who are so envious of mankind, come as close as they can to humanhood by digesting the essential qualities and strings of experience, that should ordinarily be assimilated up into the higher substances of the refined subtle substance, shortly after death.

The demons (so called for the time being) seek out any part so touched by human design, in a gross attempt to become as similar to this intriguing evolution, which has certainly entertained and incited such attractions in the first instance. Love at first sight! It is a case where mistakenly, an entity who is not of human substance, seeks the experience of human life, which is recorded within the relevant organs (physically and astrally), and mistakes digestion of such experience, as the experience itself.

Worse than that, one may question the origins of these demons themselves and their relationship to humanity. Some, although not all, have foregone the destiny of Man and surrendered their own human qualities. Perhaps in some remorse or dim recollection, they still seek out that, which by rights would have come to them by the human path had they not renounced such a fate. We are speaking of opportunities lost a long, long time ago. However, there are ways which are correct in obtaining our desires and ways which are abhorrent to the order of Heaven. The path to progression is not advancing with a push and a shove up the line. It was that attitude that retained them originally. For now they have little to offer, save the unenviable duty of contrasting good and evil for humanity, playing the 'advocate' and assimilating the waste.

This is why one rarely hears of happy ghosts. In the case of entire sheaths abandoned and earthbound, it is because of shockingly unhappy circumstances, where even the maker, the owner of such a sheath, finds this to be unacceptable to dissolve in the conditions that ensued, surrounding an unhappy departure. A lot of a life's work has been abandoned quite wastefully when this dissolution has not been properly effected. The soul concerned will still however, have gleaned enough impressions to carry forth; but many an intricate detail is also discarded.

Sometimes it is sad to tell it the way it is, with no offering of immediate and long-lasting remedy. However, the way things stand in the world today, prompts us to moving operations for a better existence, and encourages us from that which is ugly, to that which is truly beautiful. Work to change current conditions, with a foresight that continues into a grander environment. Better to convert demons with the inspirations of men, than the entrails converting men to demons.

Christ did sacrifice Himself before any other. If sacrifices are to be made, they must not be imposed but self-decided. Why do men give of themselves to the devil? Why also, would they commit their brothers too? Perhaps, because they know not what they give.
By the power of the Heavens one may give of what is limitless. We are not asked to forgo that which we cannot afford to give. Love propagates, conceives and expels more of the same. We cannot take of another, that which is not ours to have.

Sacrifice is hope applied- hope for certain outcome. Many times outcome is predetermined by the quality and nature of that sacrifice- thus the true importance and distinction of many a sacrifice. For he who makes the sacrifice, through him and by him, such outcomes are half-determined.

Here was the peculiar purpose designed in the violent and torturous crucifixion: that a Sheath of Distinction, now bound to the Earth with Holy Ghost remaining but traveling freely, confronting all souls, imparting, is to remain married to the earthly condition until such time that Earth is totally transformed, having given of Himself truly.