IS HALF of a whole half, a half or a quarter? The elements of the Yin and the Yang as represented, do have their corresponding elements which, vice versa, are represented within the elements of the etheric world. Therefore when one example is of the tone Yin, its etheric counterpart is that of Yang; as too Yang becomes Yin. Therefore we have four quarters of a whole, whereupon only one half is focused upon, being the definitive selection.

This pie concept may be useful in many equations whereupon concepts are fragmented into specified divisions. As with all life, living thought spawns ever anew - expanding to a point, breaking into many divisions that separate and regenerate. Acquired virtues within a man spawn many other properties, imparting essences, etheric essences (not unlike plant products) which circulate the ether and infill and color the locality of the individual who generated such activity. Each virtue has a starry parent and an Angelic host, which through surrender does lend substance that is of itself. Such virtues entertained give birth to fiery thought, the offspring of an individual who shares such relationship with such Angels. For us to hold concepts of that which are considered to be outward expressions of virtue (in action or in thought), we do but examine part of those influences born in and out of Man. The higher one travels in thought and aspiration, the harder a man may struggle for perfection, the sharper the perception as to the realities which in totality return to the Father in full circle.

Piety, humility and charity are within our understanding, but parts of a progressive kernel of spiritual activity. They are true living elements of themselves, whose offerings to man are as yet little understood and under-used.

Such virtues are recognized by the virtuous to be of that substance essential to life itself. Would that the scientist could decipher the code of morality, which is in every string and nuclei, every breath and muscle, every wave of light and sound.

Christianity is a dynamic system whereby the mystic at the threshold may enter into sublime communion and divine perception of higher and lower kingdoms. For the precepts held to heart by those obedient to the higher values, do bring them to perceive the heavens through the gifts expanding through the virtuous path. Not by a pledge for power, but by comprehension of that ladder which does climb its way through to Heaven and vision of those ascending from beneath and above. 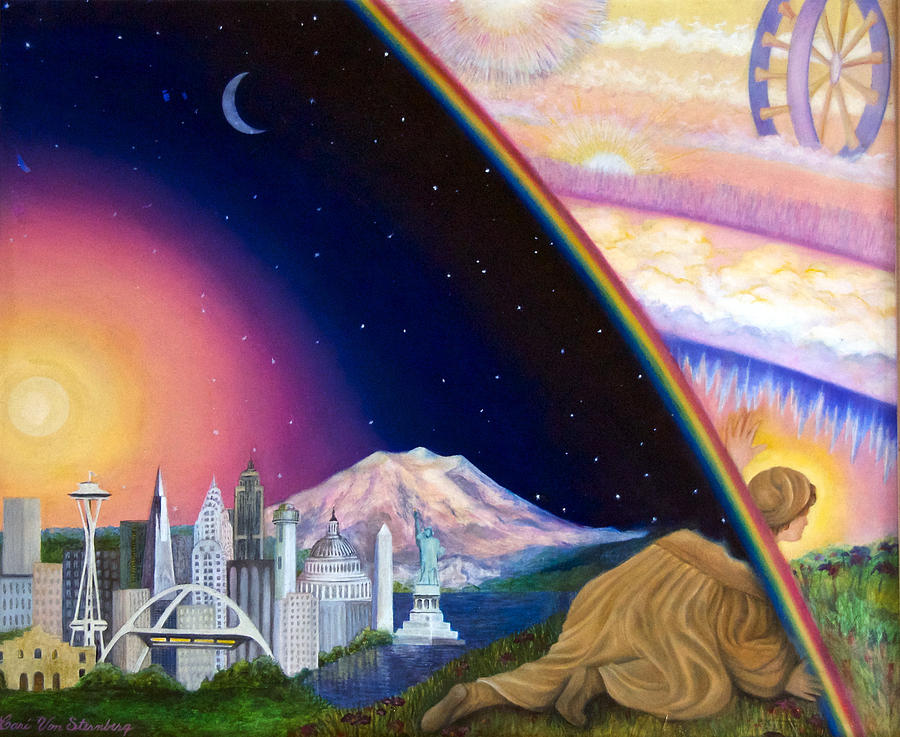 Humility is the knowledge that no man may hurry the ascension before another. He may not climb on the head and hands of his brother, for he is that ladder. Humility says, "I must go last" and sacrifices that propelling desire for achievement and self-glorification on the altar of humanity's sufferings.
Posted by Bruce at Thursday, August 06, 2009